An unprecedented 79.5 million people around the world have been forced from their homes. The reasons vary, but violence and conflict; natural disasters; or extreme weather events can all mean that it is no longer safe to stay where you are.

Twenty-six million of these displaced people are refugees: people who have had to travel to a new country to find safety. Worldwide, over half of refugees are under the age of 18.

There are also millions of "stateless" people, who have been denied a nationality and access to basic rights such as education, healthcare, employment and freedom of movement.

MSF works around the world to provide refugees and internally displaced people (IDPs) with the medical care they need, from psychological care to lifesaving nutrition.

We set up hospitals in refugee camps, we help women give birth safely, we vaccinate children to prevent epidemics and we provide access to safe drinking water.

Refugees are protected under international law.

UNHCR is responsible for ensuring that refugees have the right to seek asylum, to receive assistance – food, shelter, medical care – to protection from violence and to bring about a lasting solution to their situation.

However, some policies are designed to deter refugees from seeking asylum: policies that condone inadequate processing or simply turn refugees away.

As well as providing healthcare and sanitation for refugees, we believe it is equally important to speak out about these policies.

Humanitarian action is more than simple generosity, simple charity. It aims to build spaces of normalcy in the midst of what is abnormal

While internally displaced people often flee their homes for similar reasons to refugees (armed conflict, human rights violations, natural disasters) technically, they are not refugees. Internally displaced people have not crossed an international border to find refuge and therefore remain legally under the protection of their own government, even though that government is often the cause of their flight.

Today, there are 41.3 million internally displaced people around the world. Around three-quarters are women and children.

Despite international law calling for the protection of civilians in conflict, women and children are often deliberately targeted. The vast majority will not receive the medical care they need because they live in regions where the healthcare system has collapsed and it is too dangerous for independent aid agencies to operate.

MSF works to overcome these challenges to support health facilities and provide emergency aid and health care services to internally displaced people around the world.

In 2018, our teams were in Afghanistan, Cameroon, Ethiopia, Honduras, Iraq, Niger, Nigeria, the Philippines, Sudan and Syria, caring for internally displaced populations.

REFUGEES ACROSS THE GLOBE

A PERSON IS DISPLACED 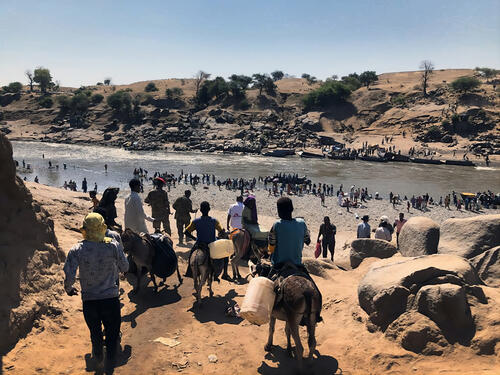 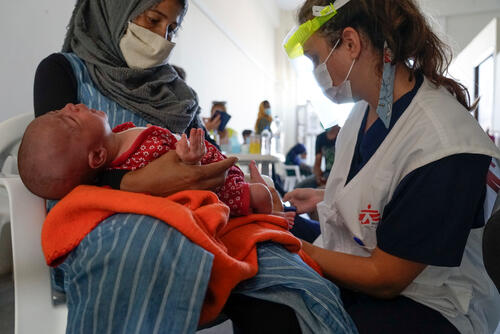 After fires on 9 and 10 September completely destroyed the infamous Moria reception centre on the Greek island of Lesbos, men, women and children are still sleeping on the streets without basic access to food, water, shelter and medical care.
Learn more 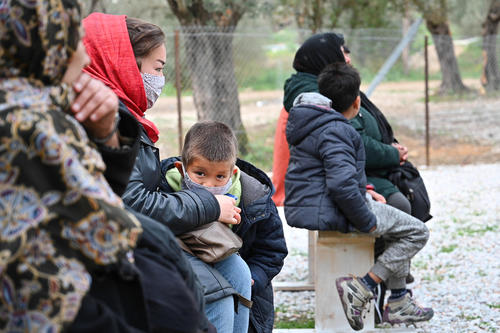 On the Greek island of Lesbos, authorities have enforced a dangerous lockdown on 13,000 vulnerable migrants and asylum seekers help at the infamous Moria camp
Learn more