Go back to grid

The climate emergency is also a healthcare emergency. When extreme weather events occur, it is the most vulnerable people who suffer the most.

This crisis isn’t only about the catastrophic cyclones and typhoons that hit the headlines. This is about the spread of deadly disease that can follow. The increasing risk of drought and famine. Of rising water levels. Desertification. The mass displacement of people from their homes…

In every way, climate change is a massive humanitarian emergency.

Why does the climate crisis matter to MSF?

The human cost of climate breakdown is already being paid for by the poorest and most marginalised people on our planet.

Meanwhile, our teams around the world are responding to multiple types of healthcare emergency that will only increase in number and severity as the climate continues to destabilise.

It's clear, we owe it to our patients and staff to help find solutions to the environmental challenges we face.

In March 2019, Cyclone Idai – one of the worst tropical storms to ever hit the southern hemisphere – tore through Mozambique, as well as parts of Malawi and Zimbabwe.

Amid the immediate and devastating loss of life and livelihoods, a secondary crisis emerged as large areas of Mozambique no longer had access to clean water and sanitation. Soon after, cases of cholera began to appear.

MSF launched a massive emergency response. We rapidly established treatment centres in the worst affected areas, logistics teams worked around the clock to resupply clean water and we supported a mass campaign to vaccinate more than 800,000 people against the disease.

Just a few weeks after Cyclone Idai made landfall, a second tropical storm, Cyclone Kenneth, hit Mozambique. It was the first time in recorded history that two cyclones had hit the country in a single season.

In climate hotspots around the world, warmer temperatures and unseasonal rains create a breeding ground for mosquitoes – causing sharp increases in cases of malaria and dengue fever.

Malaria already kills more than 400,000 people a year – mostly children under five in sub-Saharan Africa. And, since 2012, MSF teams working across the region have spotted several significant spikes in malaria compared to annual averages.

Of course, there are complex political and financial obstacles to controlling the disease, however, evidence suggests that malaria rates will continue to increase in Africa, and beyond, due to climate change.

Meanwhile, rates of severe dengue fever – a leading cause of hospitalisation and death in Latin America and Asian countries – have increased a staggering 3,000 percent in the last 50 years thanks to warmer weather and the spread of dengue-carrying mosquitos.

Climate breakdown can have one particularly traumatic impact on health and welfare: it can lead to conflict, with rival groups violently competing for resources.

The Darfur War, which began in Sudan in 2003, has been called the world’s first “climate change conflict”. It was triggered partly by food and water shortages that followed a devastating drought.

Important factors such as political and ethnic tensions helped ignite the conflict. However, studies suggest that rising temperatures in the Indian Ocean led to a disruption of seasonal monsoons and escalated the conditions that caused the drought.

Sadly, this “climate conflict” has so far claimed the lives of at least 400,000 people, while MSF teams have treated thousands more victims of violence, malnutrition and forced displacement.

According to the UN, it is estimated that by 2050 more than 60 percent of Earth’s population could live in “water-stressed conditions” – creating future flashpoints for more climate-driven conflict.

A direct medical consequence of water scarcity, drought, and food insecurity is malnutrition.

This is acutely clear in the Lake Chad region of Africa, on the southern fringes of the Saharan Desert.

This vital water source for millions living in Chad, Cameroon, Nigeria and Niger was at one time one of Africa’s largest lakes. However, overuse and drought mean that the lake has almost disappeared at various points in recent history.

This has had a catastrophic impact on communities' basic needs, while less water means farmers are producing less and less food.

Children living in the region now face a high risk of malnutrition, stunting their development, weakening their immune systems and leaving them far more vulnerable to diseases such as malaria.

It’s now estimated that 422 million people in 30 different countries are undernourished because of the impact of the climate crisis on food production.

As of the end of 2019, there are 79.5 million refugees and displaced people around the world – more than at any other point in modern history.

As the impact of the climate crisis becomes more severe, this record level is only expected to increase with more and more vulnerable people being forced to flee their homes.

Estimates vary wildly, but the most accepted studies predict that by 2050 at least 200 million people will be uprooted as a direct result of climate breakdown.

This trend has already had a related effect on occupational health, with environmental migrants moving into larger cities as rural livelihoods fail, only to find themselves trapped in polluted and dangerous conditions.

In Kamrangirchar, a massive slum in the Bangladeshi capital Dhaka, increasing numbers of people are arriving from low-lying coastal areas. Our teams here are now treating people injured or sick from working in unsafe conditions, as well as survivors of sexual and gender-based violence experienced in the overcrowded slum.

MSF [is] committed to doing more to urgently address the increasing humanitarian consequences on vulnerable populations of environmental degradation and climate breakdown.

We have a responsibility to do better for our patients, staff, and the world.

The climate crisis is our responsibility

MSF has its own part to play in tackling the climate crisis.

In June 2019, our International General Assembly (IGA) came together and agreed to work towards this goal.

The truth is all humanitarian organisations must lead by example and have a duty of care.

MSF is now developing tools to measure and monitor our environmental footprint. We’re aiming to reduce our energy use, air transport and waste, while still being able to deliver rapid and life-saving medical care where it’s needed most.

From reducing our diesel fuel use and relying less on air travel to transport people and supplies, to testing solar panels at health facilities in the Democratic Republic of Congo and Haiti. We’re even building a fully energy efficient hospital in Sierra Leone.

Across our projects in more than 70 countries across the globe, we’re striving to be sustainable. 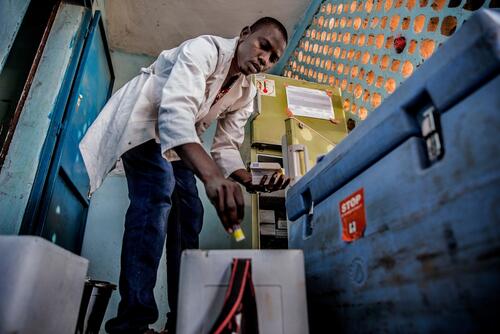 Niger: How misinformation and climate change are threatening young lives

MSF doctor Maman Karsou reports from his hometown in Niger, where epidemics of measles and meningitis are being exacerbated by global issues
Learn more 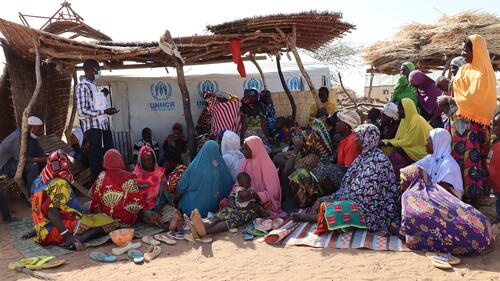 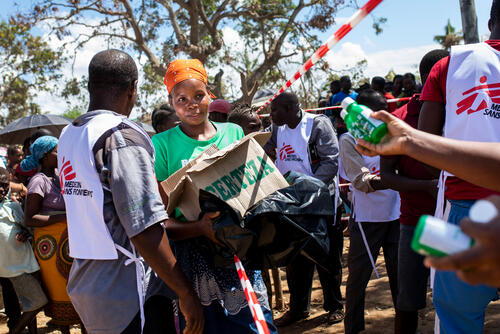 In this podcast episode, we hear from MSF staff who have been working with some of the people most vulnerable to changing weather patterns and environmental degradation
Learn more