Yellow fever is a viral haemorrhagic disease. It is transmitted by infected mosquitoes, the ‘yellow’ in the name referring to the jaundice that affects patients in severe cases.

The virus is endemic in tropical areas of Africa and Central and South America, with a total of 47 countries at risk.

There is currently no specific anti-viral drug for yellow fever but specific care to treat dehydration, liver and kidney failure, and fever improves outcomes.

Vaccination is the most effective method of prevention.

In 2019, MSF conducted 2,271,900 routine vaccinations against diseases including yellow fever.

ROUTINE VACCINATIONS AGAINST DISEASES INCLUDING YELLOW FEVER BY MSF IN 2019

The yellow fever virus is transmitted through the bite of infected female Aedes mosquitoes. Yellow fever occurs only in humans, other primates and several species of mosquitoes.

In urban settings, the Aedes aegypti mosquito is involved in transmitting the virus, the same genus of mosquito responsible for transmitting Zika, dengue and chikungunya fevers.

Once a female mosquito is infected, it will continue to carry the virus throughout its life, which lasts one to two months. It can also transmit the virus to its offspring, although not systematically.

What are the symptoms of yellow fever?

Yellow fever begins after an incubation period of three to six days. Many people do not experience symptoms, but when these do occur, the most common are headache, back pain, loss of appetite, and nausea or vomiting. In most cases, symptoms disappear after three to four days.

A small percentage of people, however, enter a second, more toxic phase of the disease within 24 hours of recovering from initial symptoms. They may experience recurring fever, this time accompanied by jaundice due to liver damage. Other signs of advanced yellow fever are dark uring, abdominal pain with vomiting and bleeding in the mouth, eyes or stomach.

Half of the patients who enter the toxic phase die within 7-10 days.

How is yellow fever diagnosed?

Yellow fever is difficult to diagnose, especially during the early stages. More severe cases can be confused with severe malaria, leptospirosis, viral hepatitis, other haemorrhagic fevers, infection with other flaviviruses (e.g. dengue fever), and poisoning.

Blood tests can sometimes detect the virus in the early stages of the disease. In later stages, testing to identify antibodies is needed.

What is the treatment for yellow fever?

There is currently no specific anti-viral drug for yellow fever. We respond to the disease by admitting patients to hospital and helping them to overcome the disease by treating the symptoms.

During the second, more toxic phase of the disease – when the virus disappears and the patient is no longer contagious – the most important thing is to prevent the liver from becoming necrotic.

The most effective method to combat yellow fever is prevention through vaccination. The yellow fever vaccine is safe, affordable and a single dose provides life-long protection against yellow fever disease.

The WHO and its partners have launched a global strategy to prevent, detect and respond to yellow fever suspected cases and outbreaks in 40 at-risk countries in Africa and the Americas. By 2026, it is expected that more than one billion people will be protected against the disease. 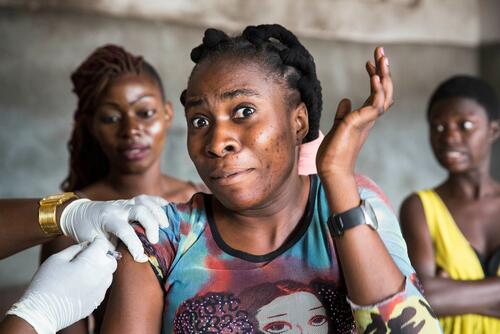 Yellow fever vaccine: Why MSF research could save five times as many lives 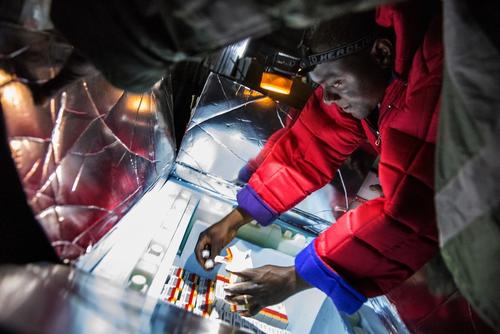