In that first month, a concerted campaign of violence was unleashed by the Myanmar authorities against Rohingya people in the country’s Rakhine State. By the end of the year, more than 660,000 people had crossed the border into Bangladesh.

The military came to our part of town around 6 pm and said: ‘Leave the village before 8 am tomorrow. Everyone that stays will be killed.’

Those arriving in Bangladesh shared stories with MSF about their villages being systematically raided and burnt by the Myanmar military. Mob groups also targeted the Rohingya, with reports of women and children being raped and killed.

The resulting mass displacement of people in this short period of time is the largest of its kind in recent history.

Our independent funding from private donors like you allows us to work with people like the Rohingya. It means we can provide medical care where the need is greatest, with no strings attached.

Preparing for COVID-19 in the world's largest refugee camp

Hosting nearly a million Rohingya people, the Cox's Bazar area of Bangladesh is home to the largest refugee settlement on Earth.

Delivering vital healthcare here is already a daily challenge for our teams. However, with the global spread of the coronavirus pandemic, we are facing a herculean effort to maintain existing services and prevent lives being lost to the virus.

MSF has been rapidly scaling up facilities across the district, while we have rolled out tailored training for all staff to help prevent the spread of COVID-19 and manage the treatment of infected patients.

The global health advice for COVID-19 is practically impossible to apply inside the camps.

Social distancing measures are unrealistic when people live in overcrowded and flimsy shelters. Basic facilities such as water points, toilets and food distributions are all communal, with people often waiting in large groups to access these vital services.

We are striving to engage the community, but we know that many people in the camps are frustrated and frightened by the situation.

Who are the Rohingya?

The Rohingya are a stateless ethnic group who have lived for centuries in northeast Myanmar, also known as Burma. They are one of the most persecuted minorities in the world. Due to ongoing violence and persecution, hundreds of thousands of Rohingya have fled to neighbouring countries either by land or boat over the course of many decades.

The situation in Bangladesh

Since 25 August 2017, over 745,000 Rohingya refugees have fled from Myanmar into Bangladesh. Their arrival comes on top of hundreds of thousands of other Rohingya who arrived in previous years and were already living in difficult conditions.

What is MSF doing to help?

More than 2,000 MSF staff – the majority of whom are Bangladeshi nationals – are working in 10 health posts, primary health centres and inpatient facilities in the Cox's Bazar region of Bangladesh. More than 1.3 million patients have been treated at MSF facilities since 25 August 2017.

Nearly all of the Rohingya in Myanmar live in the western coastal state of Rakhine and are not allowed to leave without government permission.

Rakhine is one of the poorest states in the country with ghetto-like camps in and around the town of Sittwe. These initially temporary structures were built in 2012, but are still being used and are poorly maintained. There is a lack of basic services and opportunities for the Rohingya in Myanmar, including freedom of movement, healthcare and education.

With over 700,000 Rohingya having now fled the violence in northern Rakhine, many areas have been depopulated. Yet, there are still around 600,000 stateless Rohingya across the region.

Find out more about the Rohingya crisis on Everyday Emergency, the MSF podcast

Everyday Emergency · The Refugees Who Fled a Massacre

MSF had provided healthcare to all communities inside northern Rakhine from 1994 until operations were suspended on 11 August 2017 – just as the violent crackdown was launched against the Rohingya.

At that point, we were operating four primary healthcare clinics – three of which were subsequently burnt down – and providing over 11,000 primary and reproductive healthcare consultations per month.

Currently, more than 128,000 Rohingya and Kaman – another Muslim minority group – are detained in displacement camps in nearby central Rakhine, where the government has been taking steps to "close" them since 2017. MSF delivers healthcare in four of these camps, as well as the Muslim ghetto in Sittwe town, Aung Mingalar.

Surveys conducted by MSF refugee camps in Bangladesh estimate that at least 9,000 Rohingya died in Myanmar between 25 August and 24 September 2017. At least 6,500 of these (by the most conservative estimations) are thought to have been killed, including at least 430 children below the age of five.

However, this is not a one-off incident. Hundreds of thousands of Rohingya have been fleeing to neighbouring countries by land and sea over the course of many decades. In October 2016, a previous outbreak of violence forced 60,000 Rohingya to flee to Bangladesh.

International humanitarian organisations are still blocked from accessing and operating in northern Rakhine. We are urging the Myanmar government for access to Rakhine State to ensure the impartial delivery of aid to those in need.

The Rohingya in Bangladesh

The arrival of more than 745,000 Rohingya refugees in Bangladesh since August 2017 comes on top of 200,000 who had fled Myanmar in previous years.

Currently, there are around 912,000 Rohingya refugees living in Bangladesh – more than the entire population of Amsterdam, and twice that of the entire country of Malta.

The vast majority of people now live in camps in the Cox's Bazar district, on the border with Myanmar. This includes the Kutupalong-Bulukhali "mega camp" – known as the largest refugee camp in the world – which hosts more than 626,000 people.

MSF STAFF IN BANGLADESH IN 2019

What is MSF doing to help?

Since 1985, MSF has been present in Bangladesh in both the capital Dhaka and Cox’s Bazar, the coastal border town with Myanmar.

We massively increased our capacity to respond in the area following the massive influx of Rohingya into the country and launched large emergency responses in the Cox's Bazar area.

In the first six months of the crisis alone, we treated more than 350,000 patients.

The main health issues we are seeing re respiratory infections, diarrhoeal diseases, skin diseases – all related to poor living conditions. We are also providing maternity care and mental healthcare, including for survivors of sexual and gender-based violence.

Our teams are currently delivering healthcare to four remote Rohingya displacement camps in central Rakhine. This is done through health outreach work and mobile clinics.

Nearby, Malaysia also hosts an estimated 95,000 Rohingya people. Often making the dangerous journey by sea, the Rohingya have been fleeing here for over 30 years. However, they are currently denied formal legal status and are increasingly pushed into a precarious existence alongside other refugees and asylum seekers.

Unable to work legally, many Rohingya disappear into Malaysia’s urban black market economy where they are vulnerable to exploitation, debt bondage or work accidents. Walking down the street or even seeking medical care can result in refugees being sent to detention centres or extorted.

Our teams are providing medical and mental health consultations to Rohingya people in Malaysia, some of whom have been victims of human trafficking. 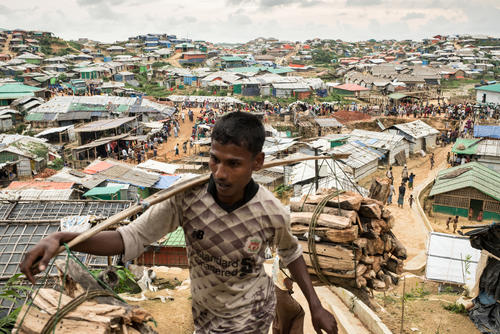 Bangladesh: Preparing for COVID-19 in the world’s largest refugee camp

Delivering healthcare against the backdrop of the world’s largest refugee camp is challenging on the best of days. But, for our team at Cox’s Bazar preparing for the arrival of the pandemic presents a herculean task
Learn more 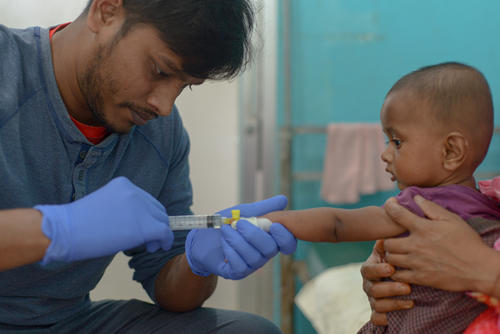 The ward that should not exist: Battling measles in Bangladesh

In crowded refugee camps, MSF teams are fighting a deadly outbreak that could have been prevented
Learn more 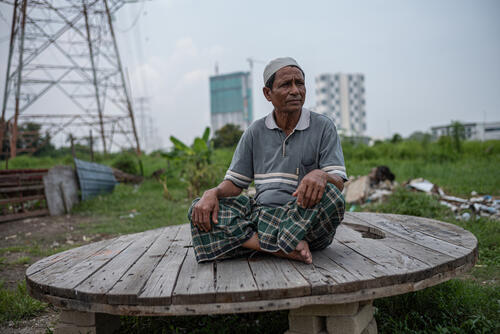 In Malaysia, more than 97,000 Rohingya refugees from Myanmar face being cut-off from healthcare
Learn more