Cholera is a deadly but treatable disease that affects millions worldwide.

Cholera often breaks out in situations where there is overcrowding and inadequate access to clean water, rubbish collection and proper toilets.

It causes profuse diarrhoea and vomiting, which can lead to death by intense dehydration, sometimes within a matter of hours.

Cholera is a serious risk in the aftermath of emergencies like the Haiti earthquake of 2010, but can strike anywhere. The situation can be especially problematic in rainy seasons when houses and latrines flood, and contaminated water collects in stagnant pools.

According to the World Health Organisation (WHO), cholera affects 1.3 million to four million people and causes 21,000 to 143,000 deaths worldwide each year.

MSF’s water and sanitation specialists and logisticians play a vital role in the prevention of cholera. The disease is treatable and, in many situations, MSF teams have limited deaths to fewer than one percent.

Spotlight: Responding to a cholera outbreak

Cholera is caused by an infection of the intestine with the bacterium Vibrio cholerae. The bacterium causes the cells lining the intestine to produce large amounts of fluid, leading to profuse diarrhoea and vomiting.

The infection spreads when someone ingests food or water contaminated with the faeces or vomit of someone carrying the disease.

Contaminated food or water supplies can cause massive outbreaks in a short period of time, particularly in overcrowded areas such as slums or refugee camps.

What are the symptoms of cholera?

Typically, symptoms of cholera appear within two to three days of infection. However, it can take anywhere from a few hours to five days or longer for symptoms to appear.

Cholera infection is often mild or without symptoms but can sometimes be severe, resulting in profuse watery diarrhoea, vomiting and leg cramps.

The patient rapidly loses body fluids, leading to dehydration and shock. Without treatment, they may die within hours.

How is cholera diagnosed?

Cholera can be diagnosed by examining stool samples or rectal swabs but, due to the fast-acting nature of the disease, there is often little time to do so.

In epidemic situations, a diagnosis is often made by taking a patient history and conducting a brief examination, with treatment given before there is time for a laboratory to confirm the diagnosis.

How is cholera treated?

Cholera can be treated simply and successfully by immediately replacing the fluids and salts lost through vomiting and diarrhoea. With prompt rehydration, fewer than one percent of cholera patients die.

Cholera victims are always treated with oral rehydration solutions - prepackaged mixtures of sugars and salts that are mixed with water and drunk in large amounts. Severe cases will need these fluids to be replaced intravenously via a drip and antibiotics are sometimes administered. 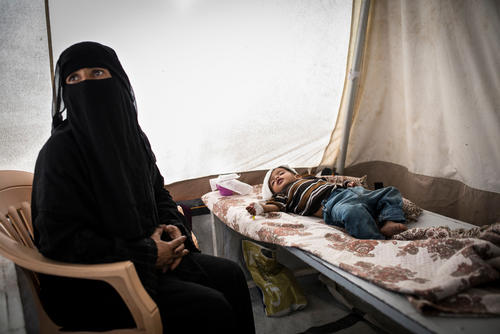 Yemen cholera outbreak: "Ali is fighting for his life"

Antonia is a nurse in our emergency team. In July 2017, she was deployed to Yemen to tackle the cholera outbreak.
Learn more 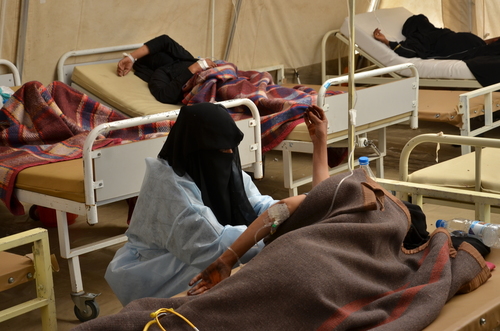 MSF project coordinator Claire Manera has returned from Yemen, where she and her team have been battling the worst outbreak of cholera the country has ever seen
Learn more