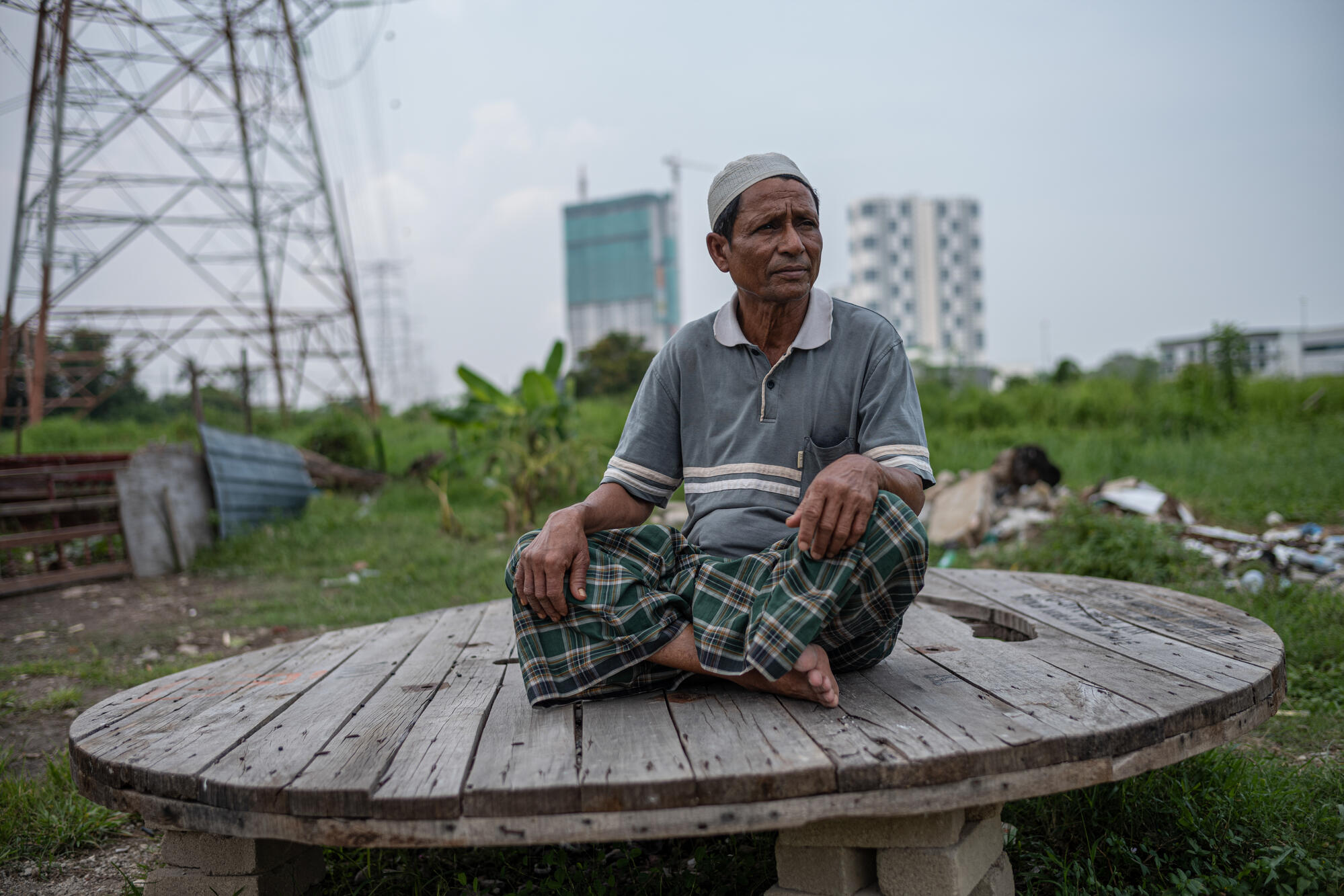 Caption
Shor, a Rohingya refugee living in Malaysia after fleeing from violence in 2016
© Arnaud Finistre

In Malaysia, more than 97,000 Rohingya refugees from Myanmar face being cut-off from healthcare

In 2016, 50-year-old Shor Muluk embarked on a treacherous journey to Malaysia, fleeing violence against his persecuted Rohingya minority in Rakhine State, Myanmar.

Leaving his wife and three children behind, he paid smugglers to transport him to Thailand. He spent seven days languishing on a crowded boat before being taken to a camp deep in the Thai mountains.

There, Rohingya were beaten until their relatives sent the smugglers more money. Those whose families could not pay were killed. Their bodies removed in the dead of night.Escape

Having run out of money and fearing execution, Shor Muluk planned his escape.

He waited until nightfall then fled into the jungle, spending weeks walking without knowing where he was headed.

Somehow, he reached Malaysia and was lucky enough to be taken in by another Rohingya family.

He worked in construction until the leg injuries he sustained during his beatings in Thailand became too much to bear.

"Undocumented people in Malaysia are trapped in a vicious cycle, which they pay for with their physical and mental health" 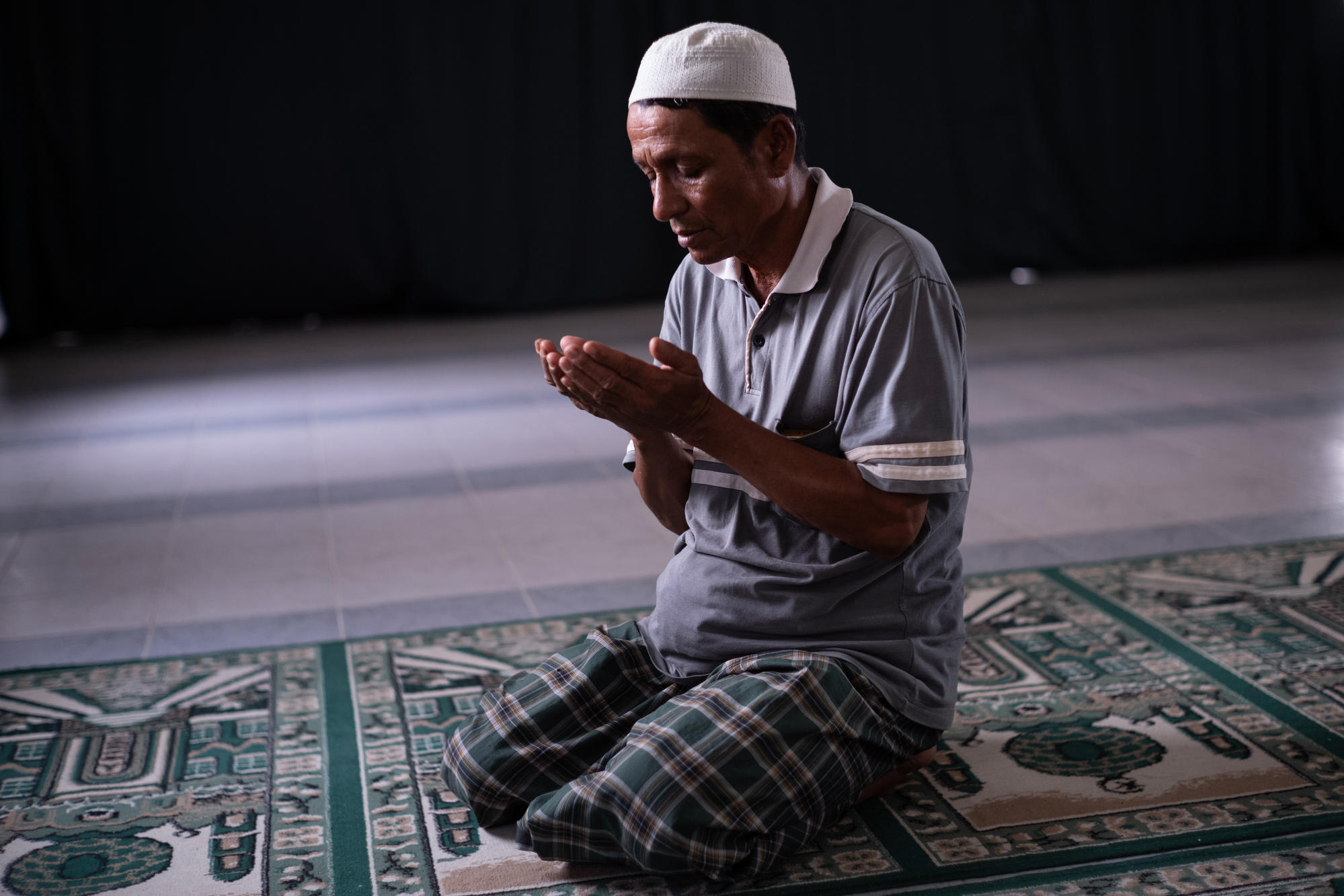 “I don’t have enough money to pay for housing,” explains Shor, now reliant on handouts from others.

“I sleep where I can… I survive as best I can.”

Shor Muluk is just one of the 177,690 registered refugees and asylum seekers in Malaysia, the vast majority of whom are from Myanmar. Some 97,750 are Rohingya refugees, making them the largest refugee group in the country.

Rohingya have been coming to Malaysia to escape discrimination in their native Rakhine State since the 1990s. And, with the vast refugee camps in nearby Bangladesh offering few prospects for the future, more continue to arrive in Malaysia. 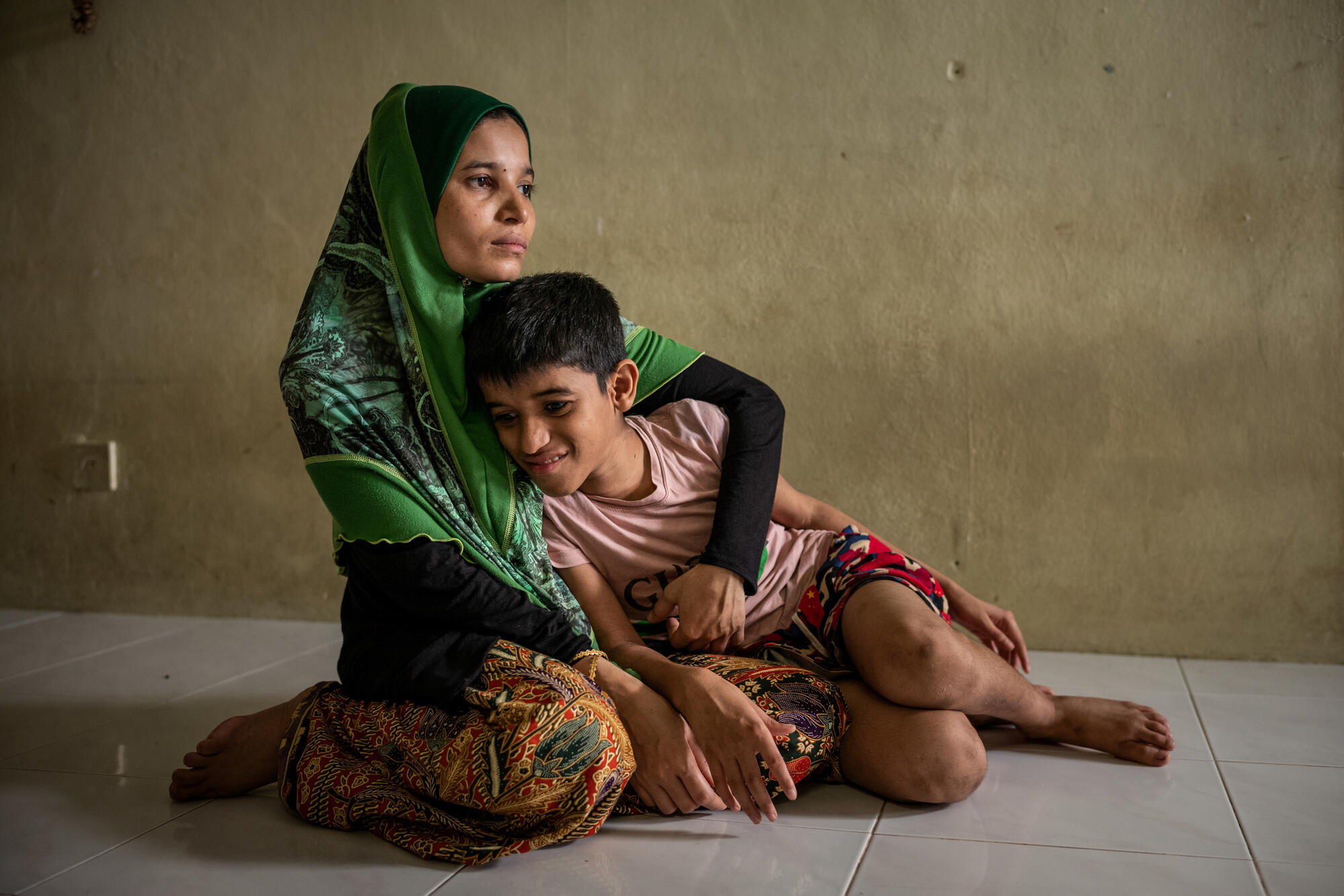 While the urban environment in Malaysia offers refugees and asylum seekers some anonymity, there are few safety nets. Just like many other countries in the region, Malaysia has not ratified the 1951 UN Refugee Convention, which means asylum seekers and refugees are effectively criminalised by domestic law.

Refugees can register with UNHCR (the United Nations’ refugee agency), but they don’t receive much assistance, cannot legally work and face limited access to education, healthcare and other social services.

Living in constant fear of arrest, detention and even deportation pushes refugees and other undocumented people underground. Most are reluctant to venture outside, and delay seeking healthcare even in emergencies in case hospital staff report them to immigration services. 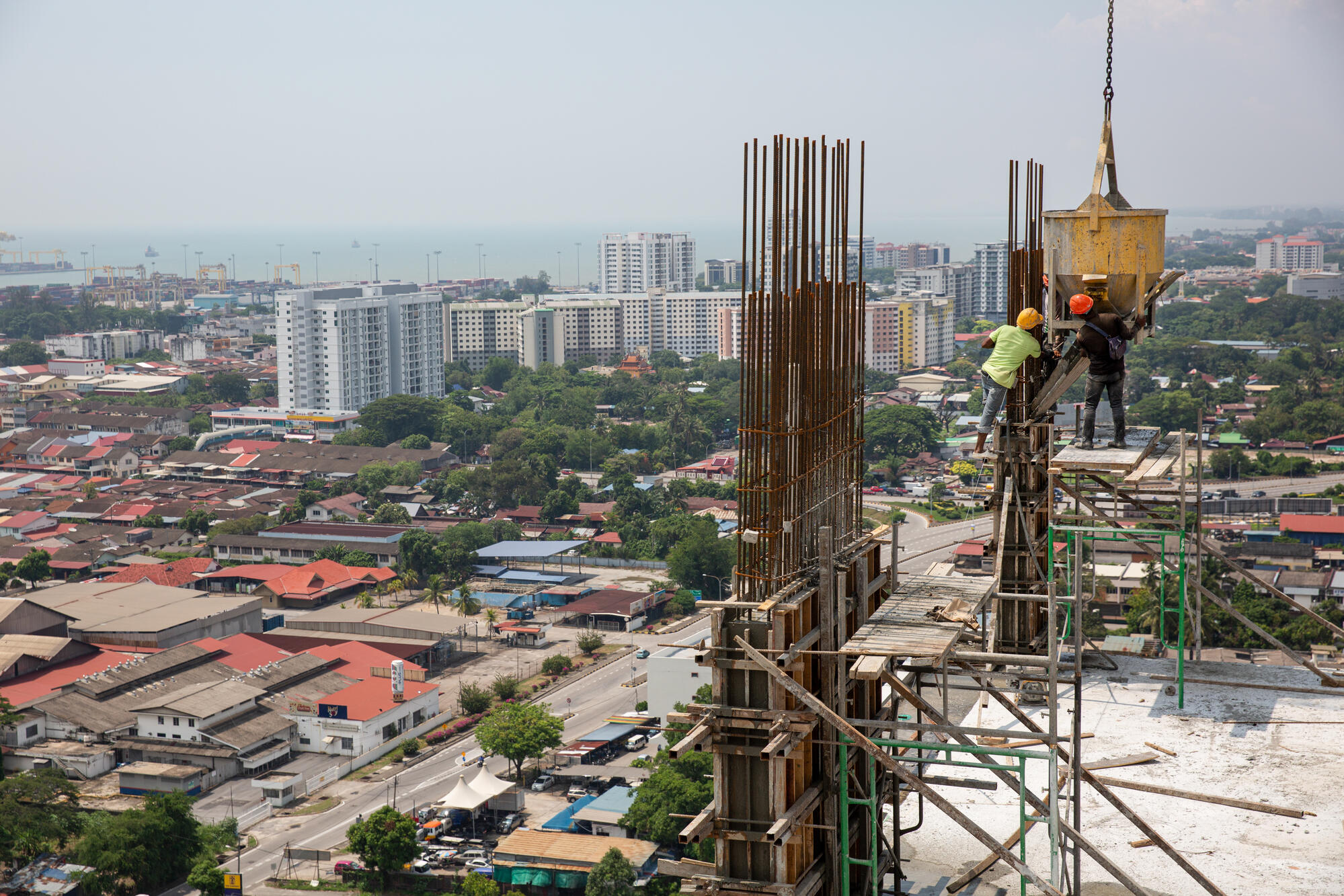 “In order to survive, many refugees are forced to turn to jobs in the informal sector, working dirty, dangerous and difficult jobs such as daily work in construction or agriculture,” says Beatrice Lau, who oversees the work of Médecins Sans Frontières / Doctors Without Borders (MSF) in Malaysia.

Refugees risk being exploited, blackmailed or underpaid, and workplace accidents are common.

“Undocumented people in Malaysia are trapped in a vicious cycle, which they pay for with their physical and mental health,” says Lau.

To respond to the clear gap in services for this vulnerable group, MSF has been providing healthcare to Rohingya and other refugee and undocumented migrant communities in the Malaysian state of Penang since 2015. 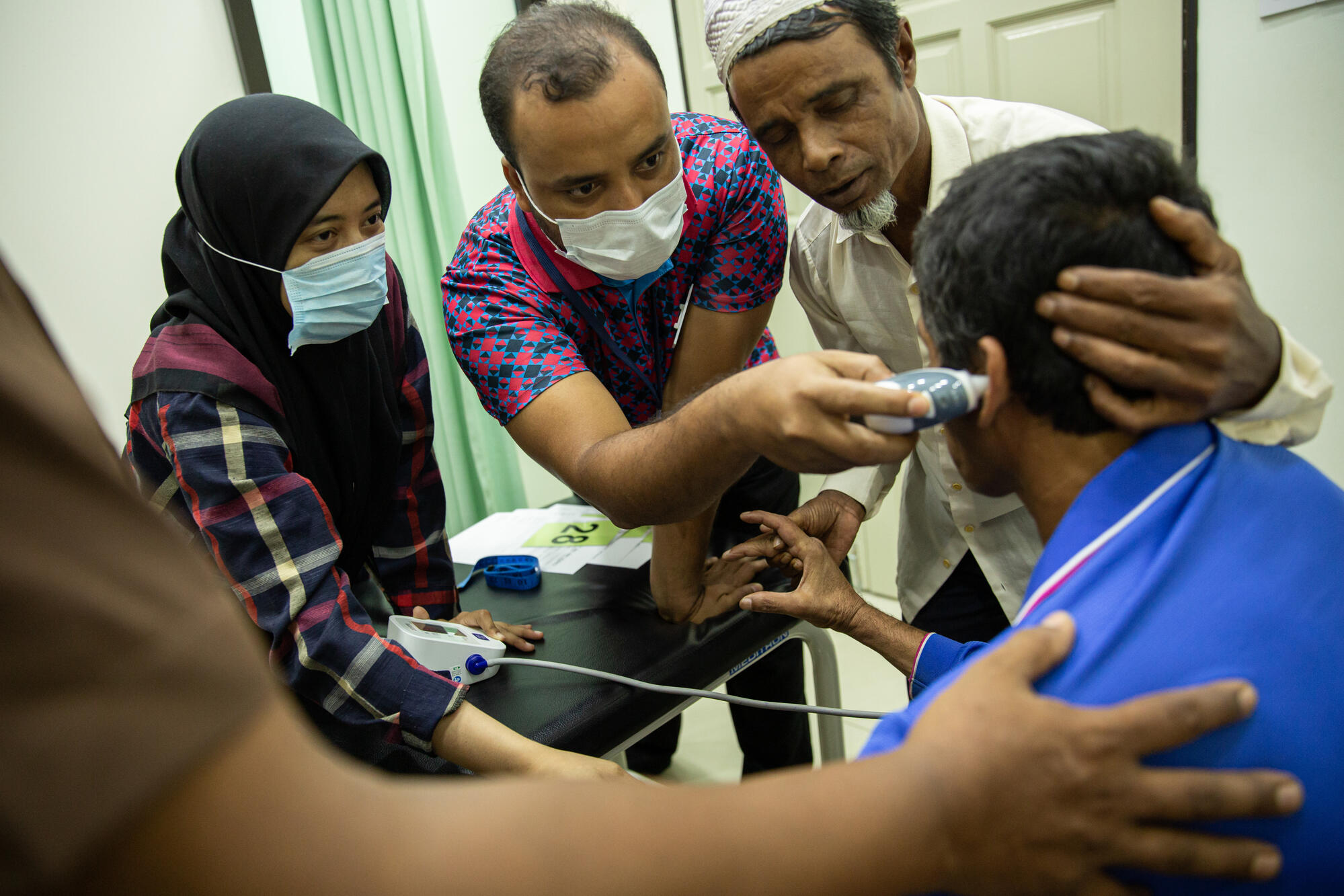 Caption
Kairul, a Rohingya refugee is examined by MSF nurses after falling two floors while working at a construction date
© Arnaud Finistre

As well as running mobile clinics, MSF opened a fixed primary healthcare clinic in October 2018 in Butterworth, a Penang neighbourhood that’s home to many undocumented migrants and refugees. 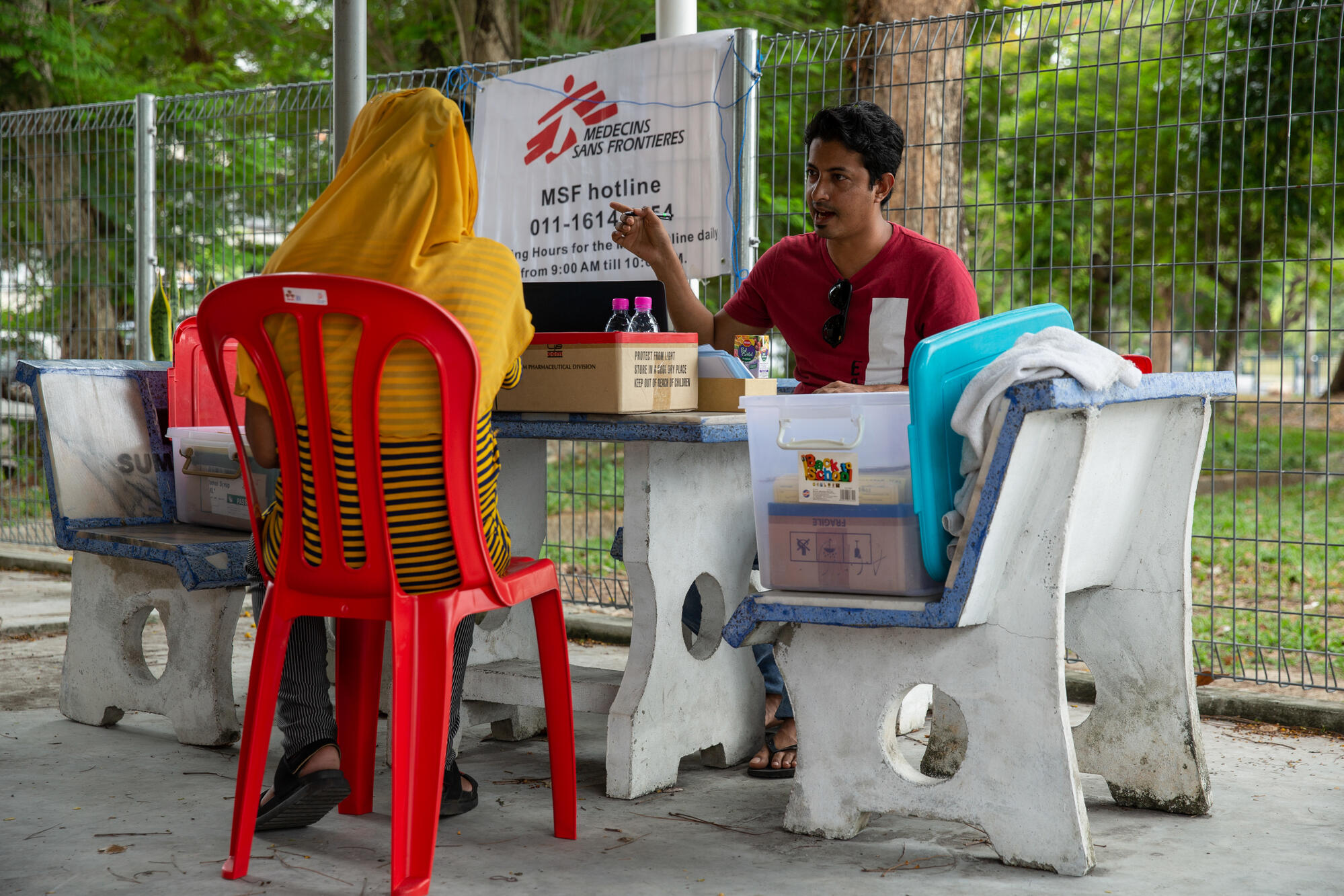 Mental health education, psychosocial support and counselling services are also available, while we can refer especially vulnerable refugees to the UNHCR. Between October 2018 and August 2019, a total of 489 such referrals were made. 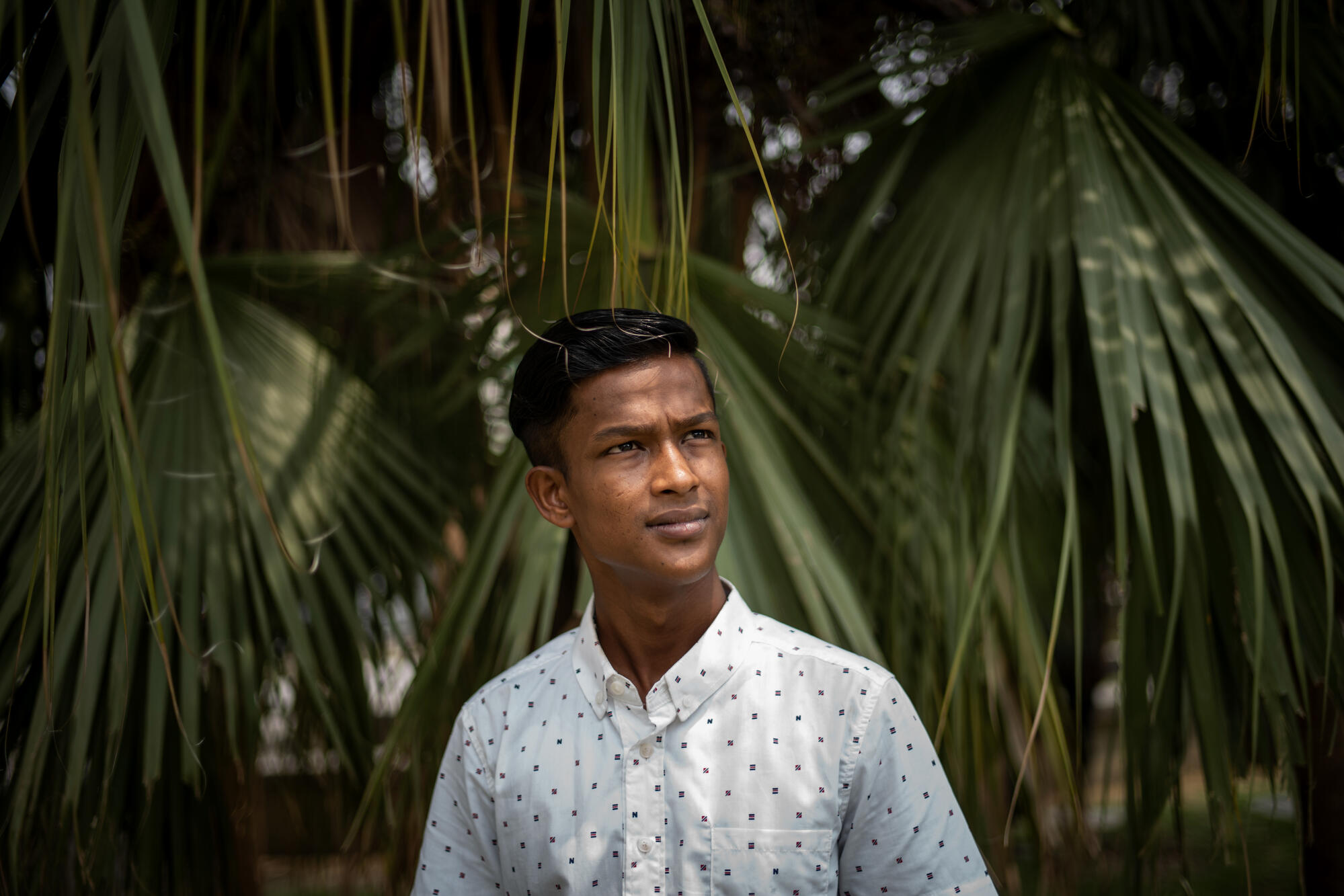 MSF, in collaboration with MERCY Malaysia, also conducts mobile clinics and water and sanitation upgrades at Belantik detention centre, where many refugees and undocumented migrants are held.

MSF is also working alongside other organisations – including UNHCR and MERCY Malaysia – together with Malaysia’s ministries of health and home affairs, on longer-term improvements in access to healthcare for refugees. This includes advocating for “firewalls” between healthcare services and immigration enforcement at public health facilities, and developing sustainable health insurance schemes.

Lastly, MSF is working to train staff in Malaysia’s public healthcare system in understanding the needs and vulnerabilities of undocumented patients.

Médecins Sans Frontières/Doctors Without Borders (MSF) first worked in Malaysia in 2004. Since 2015, our teams have been providing healthcare to stateless Rohingya and other refugee communities in the state of Penang. We also work with survivors of human trafficking and try to improve access to healthcare and asylum claims.

The country has one of strongest and fastest-growing economies in southeast Asia after decades of industrial growth and political stability. Malaysia is not a signatory to the 1951 UN Refugee Convention, which means the tens of thousands of asylum seekers and refugees it hosts live under the constant threat of arrest and detention