International Migrants Day 2021: Thousands of deaths on Europe’s doorstep are not an accident

International Migrants Day 2021: Thousands of deaths on Europe’s doorstep are not an accident 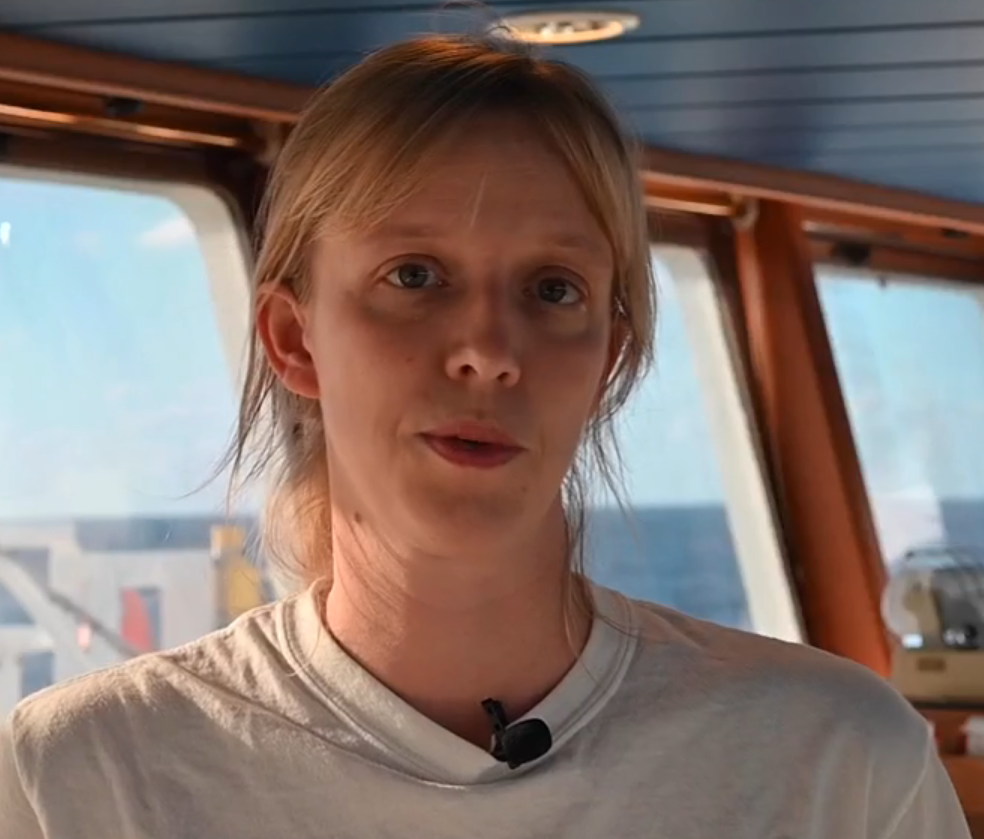 Caroline is the MSF project coordinator on board Geo Barents, MSF's search and rescue ship in the Mediterranean.

Here on the Geo Barents, the Médecins Sans Frontières / Doctors Without Borders (MSF) search and rescue ship, we use the word ‘survivors’ to refer to the people on board who have been rescued from the sea.

This is, in many ways, an unremarkable choice. We are present in the Central Mediterranean to save lives, and the people we rescue are survivors of a very real danger: shipwreck. Many of them are also survivors of a much longer journey, including violence and abuse in Libya and along their route.

The word ‘survivor’ comes to mind when our search and rescue teams pull people from an overcrowded boat on the verge of sinking; it hangs in the air when people arrive on the ship drenched in seawater and fuel; and it rings true when rescued people begin to process what they have just been through.

The word ‘survivor’ also reminds us of all those who did not survive their journey.

Only a month ago, our Geo Barents team found the bodies of 10 people on the lower deck of an overcrowded wooden boat, believed to have died by asphyxiation from fuel fumes as they tried to flee Libya.

Five of them were younger than 18 years old. They are just 10 of more than 1,300 people who have lost their lives or gone missing crossing the Central Mediterranean this year; many more deaths at sea remain uncounted, and this list continues to grow.

These deaths are not accidents, but the direct consequence of European Union (EU) and European member state policies that protect borders rather than people.

Since 2015, MSF teams on board six search and rescue vessels have worked to mitigate the most harmful consequences of European migration policies in the Central Mediterranean, rescuing more than 80,000 people along the deadly stretch of water between Libya and Europe.

“What we are experiencing along European borders is not a humanitarian crisis, but a crisis of humanity. As a European, I cannot accept this.”

Six years on, MSF and other non-governmental organisations remain at sea because human lives continue to be claimed at a shocking rate. In 2021, that rate is at least 30 percent higher than in 2020.

Now onboard the Geo Barents, we continue to witness both a refusal by coastal states to fulfil their international and maritime obligations and the externalisation of European borders.

There is still no proactive, dedicated, European state-led search and rescue capacity in the Central Mediterranean. Boats in distress continue to be met with shameful inactivity and unresponsiveness, as coastal states fail to coordinate and conduct rescue operations.

This has become the norm in the Central Mediterranean, despite the statement of European Commission President Ursula von der Leyen that “saving lives at sea is not optional”.

The EU and its member states also continue to provide millions of euros of funding, equipment and intelligence to the Libyan Coast Guard, facilitating their illegal interceptions and pullbacks of people fleeing Libya.

With this support, the Libyan Coast Guard has forcibly returned more than 30,000 people to Libya in 2021. While Europe funds Libyan ‘search and rescue’, a rescue operation can only end with a place of safety. Libya is not this.

Most people are returned into cycles of arbitrary detention, violence and exploitation – abuses which the UN has declared may amount to crimes against humanity. In the absence of safe pathways to leave Libya, people are condemned to these cycles or to flee across the sea.

Whether in the Mediterranean or elsewhere on Europe’s doorstep, it is painfully clear that European migration policies come at the expense of human life, human rights and human dignity.

Last month, Ahmad al-Hasan, a 19-year-old man from Aleppo, Syria drowned in the Bug River in eastern Poland after trying to cross over from Belarus.

He is one of the dozen refugees and migrants who are presumed to have recently lost their lives in the freezing forests and rivers on the border between Belarus and Poland.

In November, at least 27 people lost their lives attempting to cross the English Channel—the largest loss of life recorded in that stretch of water in recent years.

In Greece, I worked with MSF teams providing paediatric and psychological care to people from countries such as Afghanistan, the Democratic Republic of Congo and Syria, who spend months or even years in overcrowded island reception centres.

Often, my colleagues could not treat patients’ trauma from the conflicts they had fled, as they were preoccupied with the direct physical and mental health effects of the appalling living conditions and insecurity in these centres.

Earlier this year, European Commissioner for Home Affairs Ylva Johansson called the terrible conditions endured by thousands in winter on the island of Lesvos ‘unfortunate’.

But there is nothing ‘unfortunate’ about the dangerous and inhumane circumstances in ill-equipped reception centres, in freezing forests or across the Mediterranean Sea.

What we are experiencing along European borders is not a humanitarian crisis, but a crisis of humanity. As a European, I cannot accept this.

People will continue to flee

In the Central Mediterranean, we know that neither the risk of drowning nor the likelihood of being intercepted by the Libyan Coast Guard, has deterred people from attempting this crossing.

I won’t easily forget the young man who carried the phone numbers of his parents on a piece of cardboard wrapped in several layers of plastic so that someone could inform them if he drowned; or the little boy travelling with his father, who had his mother’s contact details written on his arm in case his father did not survive the trip.

People will continue to flee Libya as long as they continue to suffer there, even when they know they risk their lives.

As doctors, nurses, psychologists, cultural mediators and sea rescuers, we stand in solidarity with survivors and with all people seeking safety, protection and stability.

We continue to be present on the world’s deadliest migration route in an effort to stop the thousands of preventable deaths each year.

But there is only so much we can do in the face of callous migration policies, and an intentional system of containment and forced returns.

The EU and European states must prioritise human life and dignity at Europe’s borders. People have survived enough.

Oppose the Nationality and Borders Bill

We are extremely concerned by the UK Government's attempt to import inhumane, potentially lethal, anti-refugee policies into this country in the form of the Nationality and Borders Bill.

From the Greek islands, where children are packed into dangerous, filthy camps at a terrible cost to their mental and physical health, to Libya, where people, including pregnant women and babies, are rescued in the Mediterranean and pushed back into terrifying detention centres – MSF medical teams have seen the worst.

We need your help to stop these policies from becoming a reality in the UK.