Cameroon: Five things you need to know about violence in North-West and South-West

Cameroon: Five things you need to know about violence in North-West and South-West 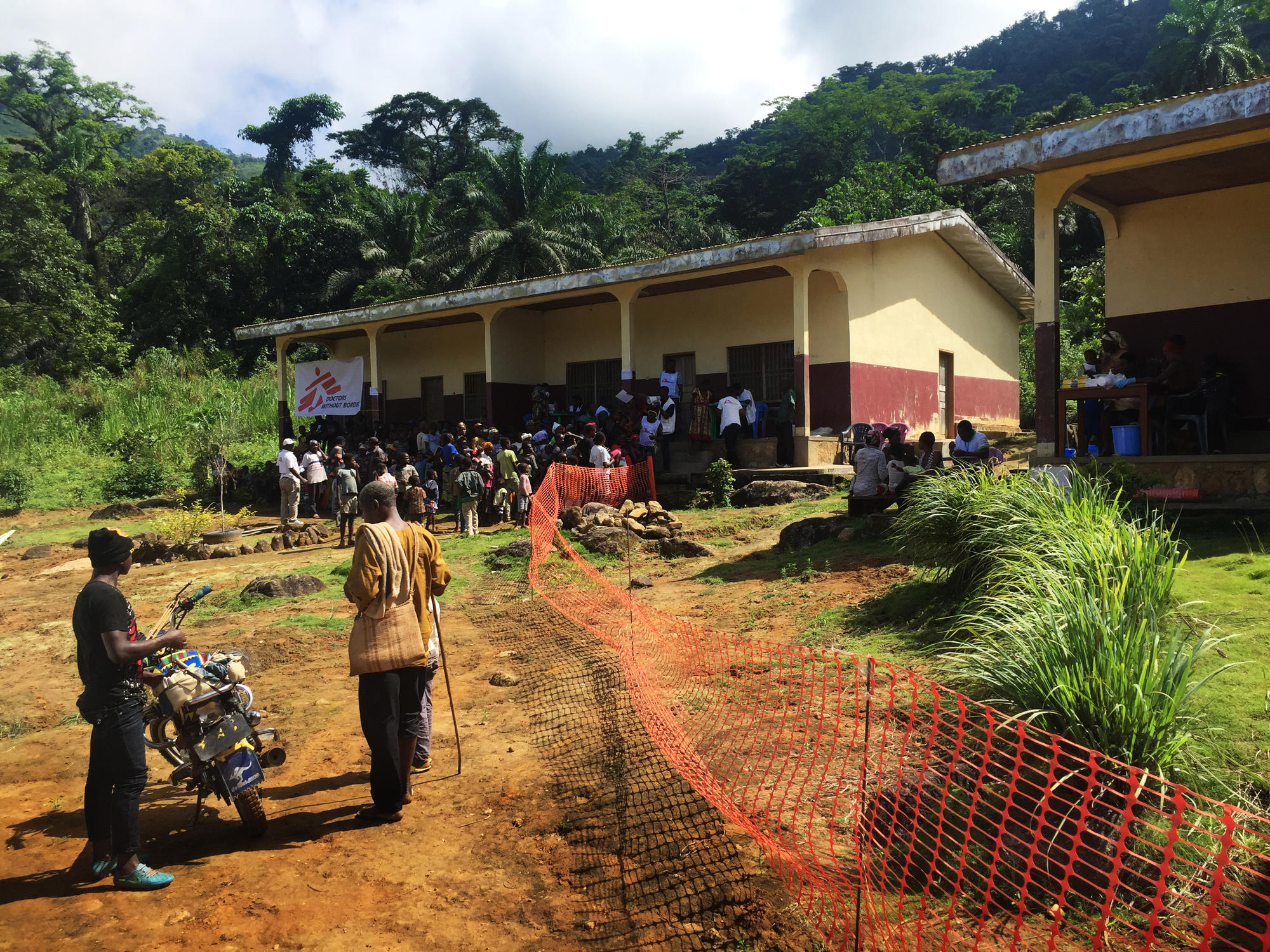 Caption
People in Menka, in the North-West Region of Cameroon, wait to receive medical assistance from MSF.
© MSF

Since 2014, the Far North region of Cameroon has been impacted by the Lake Chad crisis, displacing hundreds of thousands of people within the country and across the border into Nigeria.

However, as Cameroon has been grappling with this challenge, an under-reported and often violent situation has also been evolving in the North-West and South-West regions.

Here, a conflict between government forces and separatist non-state armed groups has escalated sharply. Hundreds of thousands of people have been forced from their homes and are in dire need of humanitarian assistance.

Here are five things to know about the violence in North-West and South-West Cameroon:

1. Large numbers of people have been displaced

According to UN, since 2016, the growing violence between English-speaking separatists and central government forces has uprooted 530,000 people from their homes.

Facing attacks, physical and sexual violence, threats, kidnappings, killings, and the burning of villages, many people have fled to rural areas where they live in extremely poor conditions in makeshift shelters in the forest or bush.

Others have been forced to relocate to other cities, where they live on the street or with host families in an overcrowded and unsanitary environment.

The displacement caused by the violence has triggered significant humanitarian needs across both regions, leaving people in dire need of assistance.

Severe insecurity and restrictions on movement prevent many people from accessing farms and markets, while many also struggle to access clean water for drinking, sanitation and hygiene.

These conditions combine to make people more vulnerable and place them at increased risk of disease. On top of this, many people have directly experienced traumatic events.

So far, MSF teams have treated 280 people affected by violence. The violence itself is also restricting the population´s access to healthcare. It is stopping them from reaching medical centres, interrupting supplies of drugs and equipment, causing medical staff to flee and forcing health facilities to close.

The violence is continuing and the humanitarian situation is worsening. The needs are far larger than the response being provided.

3. We are responding to the crisis – but humanitarian needs are huge

MSF is supporting 19 health facilities across the North-West and South-West regions, helping to provide emergency care to people with particularly difficult access to healthcare due to violence and displacement.

This helps vulnerable patients reach a health centre or hospital so that they can receive specialised care, even during lockdowns and “ghost town” curfews when normal people’s movements are restricted. Between June 2018 and March 2019, MSF referred over 2,500 patients by ambulance.

The majority of referrals are pregnant women suffering complications, but also include children under 15 and people suffering intentional injuries – this includes 338 patients with gunshot wounds.

Hospitals are deliberately being attacked or occupied and ambulances are being blocked. Medical personnel are also being threatened, abducted, subjected to violence, or killed.

We are currently one of the few organisations operating in the North-West and South-West regions. In the 10 months leading up to March 2019, our teams conducted more than 2,000 emergency room consultations, 32,800 outpatient consultations and treated 14,500 people for malaria. We have also provided psychosocial support to 1,280 patients.

We are training community health workers to diagnose and treat the most-commonly observed diseases, such as malaria. However, while we are working to assist as many people as possible, the violence is continuing and the humanitarian situation is worsening. The needs are far larger than the response being provided.

4. Areas are cut off from humanitarian aid

This means that large numbers of people who have been displaced into rural areas have not received any aid at all.

Although our teams have not been able to reach some areas and therefore cannot assess the extent of the situation, it is expected that large numbers of people are in significant need of humanitarian and medical assistance.

As the violence continues and humanitarian access remains challenging, the vulnerability of people in need is likely to increase.

5. Medical care is under attack

Attacks against medical facilities and health workers are part of the violence in North-West and South-West Cameroon.

At first, these attacks were indiscriminate, but as the violence has continued, they have become intentional. Hospitals are deliberately being attacked or occupied and ambulances are being blocked. Medical personnel are also being threatened, abducted, subjected to violence, or killed.

All parties involved in the conflict have been responsible for disrupting healthcare services and access, depriving people of medical attention when they need it the most. Over the past year, our teams have reported 61 attacks on healthcare facilities and 39 attacks against medical staff.

The work of medical organisations needs to be respected by government forces and non-state armed groups so that vulnerable people can continue to receive the care they need.

The central African country has struggled to find peace and unity since being created in 1961. In 2019, armed conflict between the government and the English-speaking northwest and southwest regions intensified, while insecurity and violence in neighbouring Nigeria continued to push thousands of Nigerian refugees across the border.

Médecins Sans Frontières/Doctors Without Borders (MSF)'s work in Cameroon has focused on responding to endemic and epidemic diseases, and caring for displaced people and those affected by violence.