Measles in Mali: Prevention is better than cure

Measles in Mali: Prevention is better than cure

“It’s between 11am and midday at the moment. Anyone who knows shadows knows that,” says Djeynabou Abdoulaye, smiling.

She has come to the village school in Tassakane to get her child vaccinated against measles. “We’re lucky it’s not raining today.”

Despite the official end of the war in 2015, Timbuktu region in northern Mali remains tense, and security incidents and criminality have had a significant impact on people’s ability to access healthcare.

This in turn has led to low rates of vaccination coverage, especially among children.

Since February 2020, a number of measles cases have been reported in the area and in September Médecins Sans Frontières/Doctors Without Borders (MSF), alongside the Ministry of Health, decided to launch a vaccination campaign.

The campaign reached over 50,000 children aged between six months and 14 years.

The vaccination was done in three stages in 12 of the 19 zones of Timbuktu, with teams basing themselves in health centres or turning schools or other buildings into vaccination sites for the day.

The zones ranged from easy-to-access urban areas to rural ones on the opposite bank of the Niger River, where the backwaters, pools and lakes form a natural barrier.

“It takes an hour to an hour and a half to get there in a dugout canoe,” says Tuo Songoufolo, MSF’s medical adviser for the project.

“People tend to spread out over the area to graze livestock or to grow their crops. And that means we need to follow them to be able to vaccinate.” 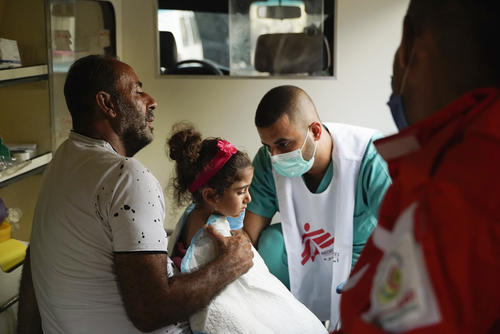 Crises haven’t stopped for COVID-19. Neither have we.

We need your support. Help us care for people caught in the world's worst healthcare crises.

“We say that prevention is better than cure, therefore it’s better to vaccinate children than to treat them”

The campaign also coincided with the beginning of the rainy season, when people move to the river’s edge for fishing and agriculture. The rising water levels mean that the river becomes the only means of access.

This does not deter the mothers though, who are very aware of the spots on the skin and the fever that herald the arrival of the disease.

Some travelled from surrounding villages, such as Aïssata Ibrahim, who rented a canoe to make the journey so that her four-year-old daughter could be protected against measles. 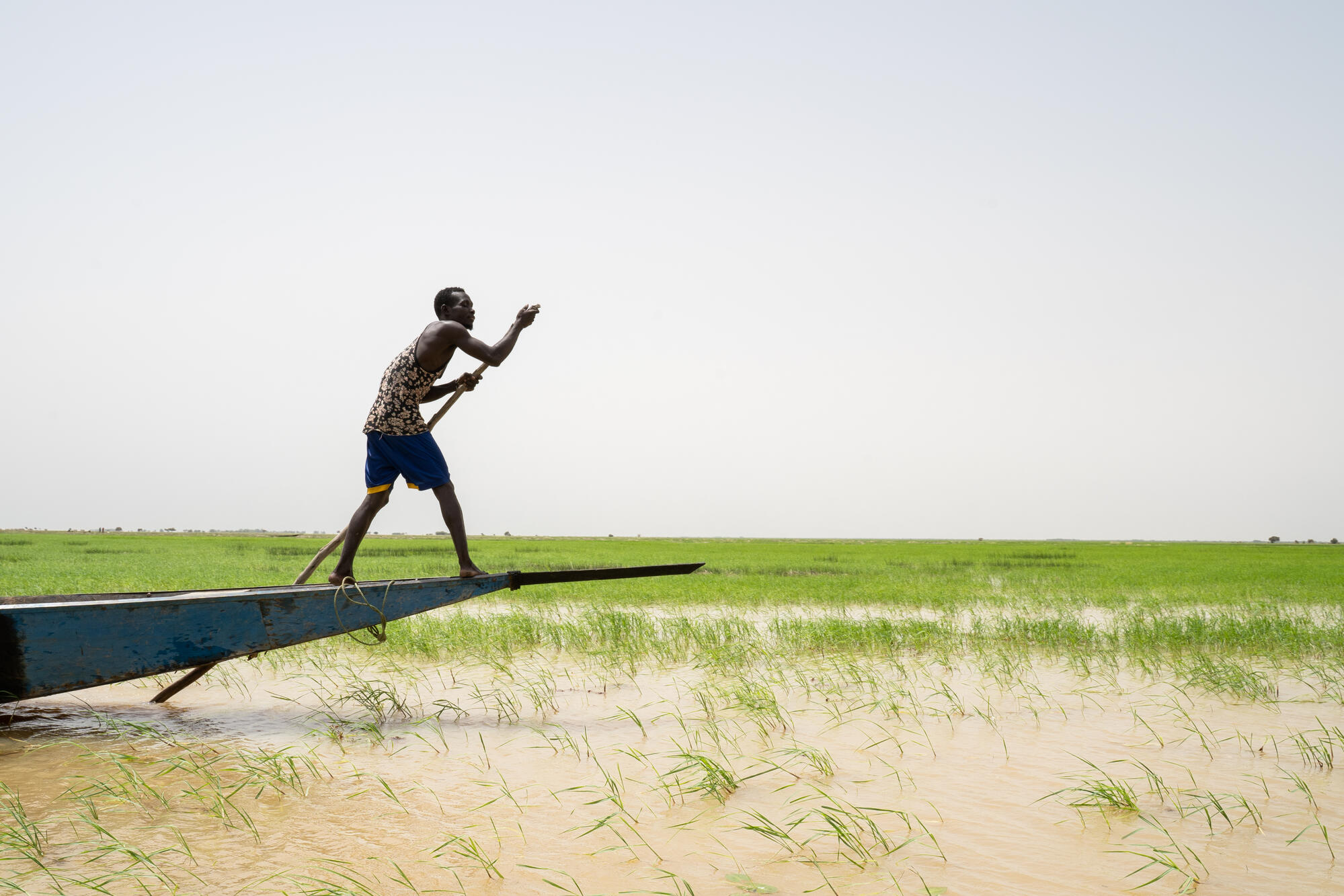 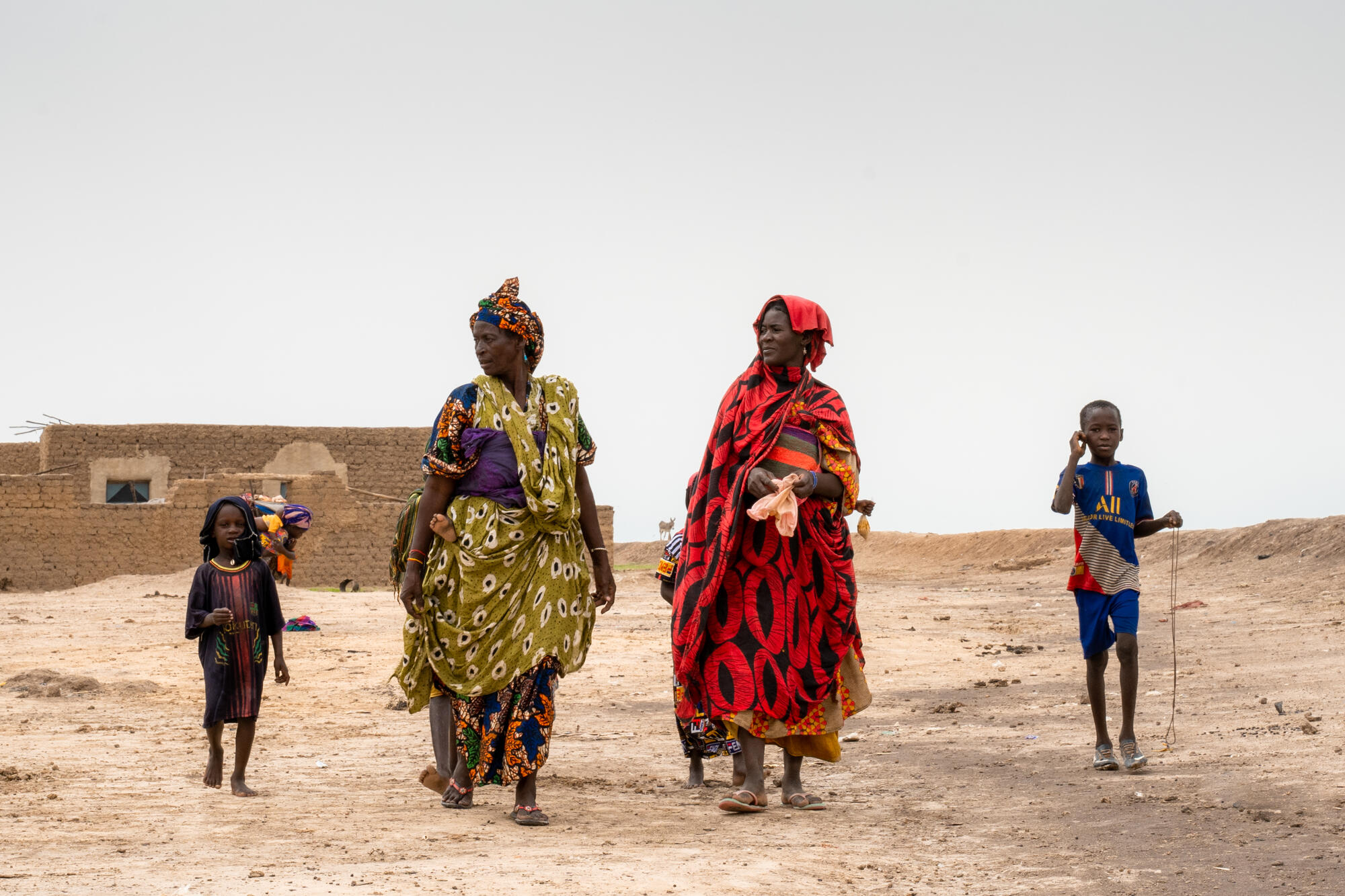 Caption
Women travel from the surrounding villages to Arnassaye to get their children vaccinated against measles.
© MSF/Mohamed Dayfour

The vaccination site in Tassakane is busy. The vaccination team is set up in a classroom, with lessons on a chalkboard in the background. Outside, children and mothers mill around waiting, while others with their yellow vaccination cards are ready to head home.

Mariam Hammadoun Maïga, mother of 16-month-old Amadou explains: “There are people who live far away. And with the water at the moment it’s very difficult for them to come for the vaccination. But despite that they came to get their children vaccinated today.”

Measles and malnutrition: a deadly combination

Measles is a highly contagious viral disease. The symptoms appear on average 10 days after exposure and include a high fever, rash, runny nose, cough and conjunctivitis.

When combined with malnutrition or malaria, the effects of the disease can be devastating. A child with measles can quickly become malnourished or develop other more serious complications that can affect their eyes or their brain. 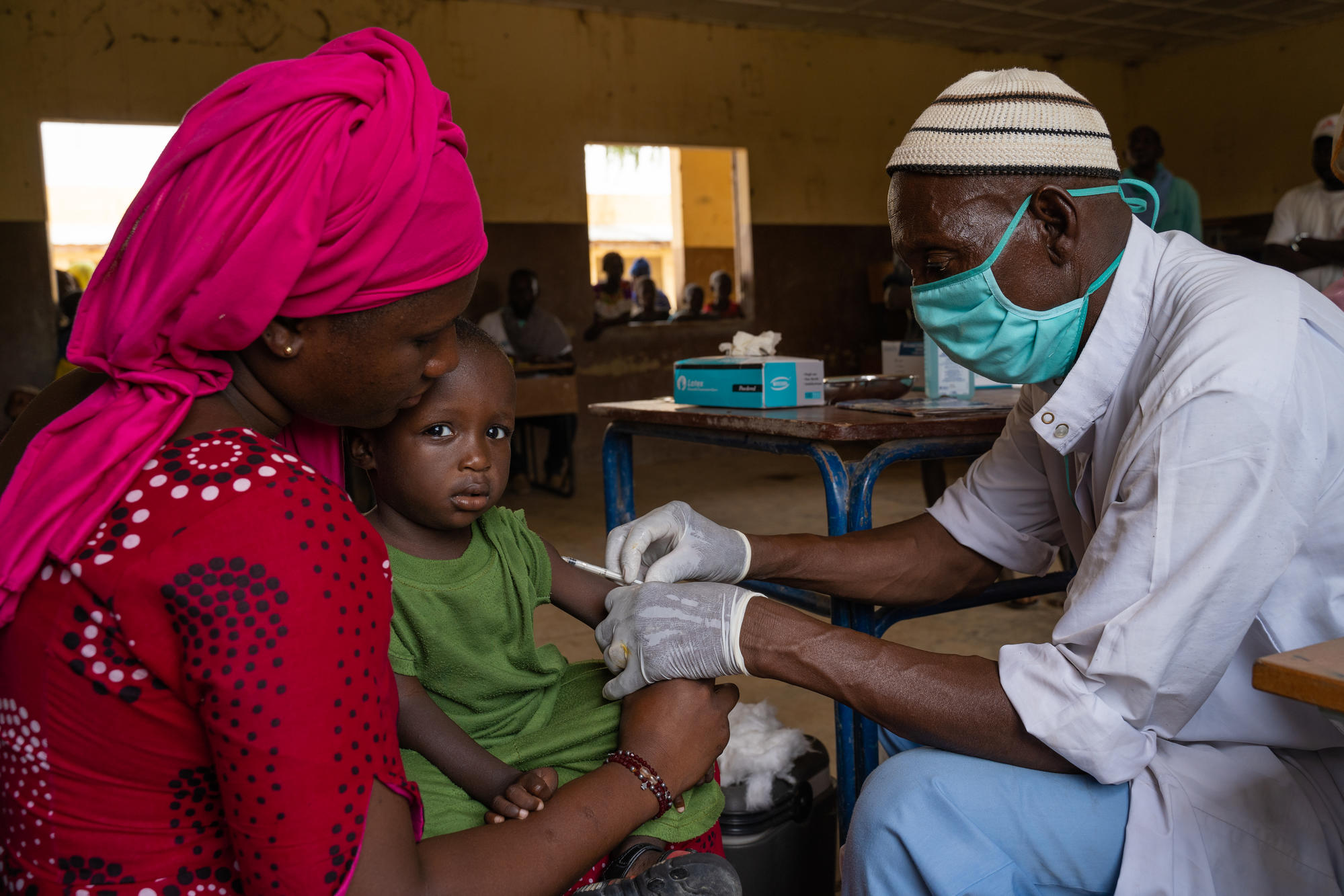 Caption
Mariam Hammadoun Maïga holds her son Amadou as he is vaccinated against measles.
© MSF/Mohamed Dayfour 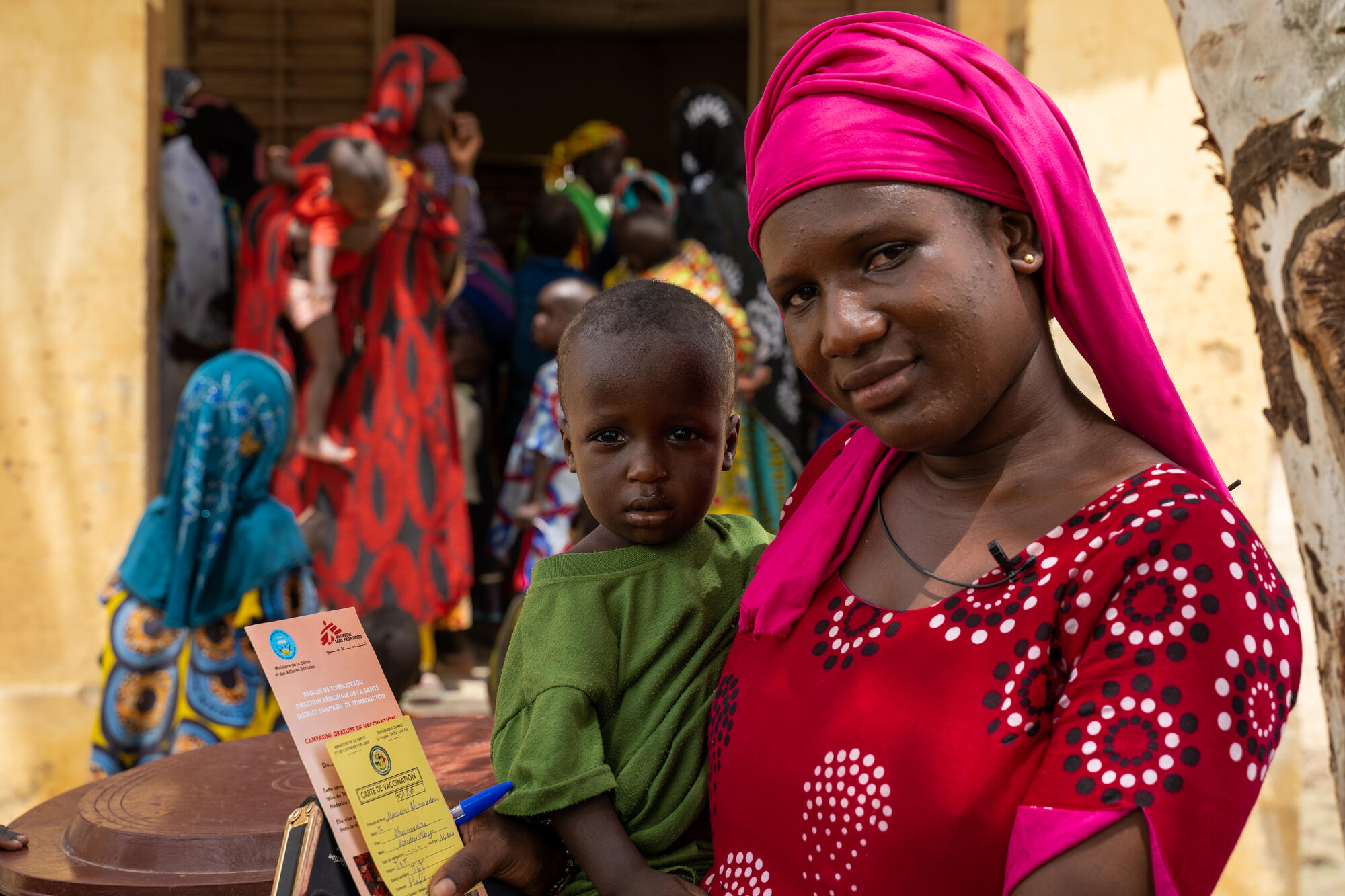 Caption
Mariam holds her son and his vaccination card after his measles vaccination at Arnassaye, one of the outlying vaccination sites.
© MSF/Mohamed Dayfour

But there is a safe, cheap and effective vaccine, one of the World Health Organization’s routine childhood vaccinations.

The challenge comes in reaching those children who have gone unvaccinated, as well as ensuring that the doses of vaccine are kept at the right temperature, whatever journey they take.

Amadou, sitting on his mother’s lap, watches cautiously as the nurse slips the needle into his arm. He doesn’t cry.

“I came because vaccination is vitally important to protect children against disease,” says Mariam. “We say that prevention is better than cure, therefore it’s better to vaccinate children than to treat them.”

Mali is a large landlocked country in west Africa and the heartland of an ancient empire. Since gaining independence in 1960, Mali has suffered droughts, rebellions, a coup and 23 years of military dictatorship until democratic elections in 1992.

In 2012, the military seized power and the north fell under al-Qaeda control, which led to hundreds of thousands of northern Malians fleeing their homes and food shortages in the south.

Médecins Sans Frontières/Doctors Without Borders (MSF) is working around the country to improve access to healthcare in both rural communities and urban areas, treating conditions such as malaria, malnutrition and providing psychological care for victims of violence.