Sudan: The road to White Nile

Sudan: The road to White Nile 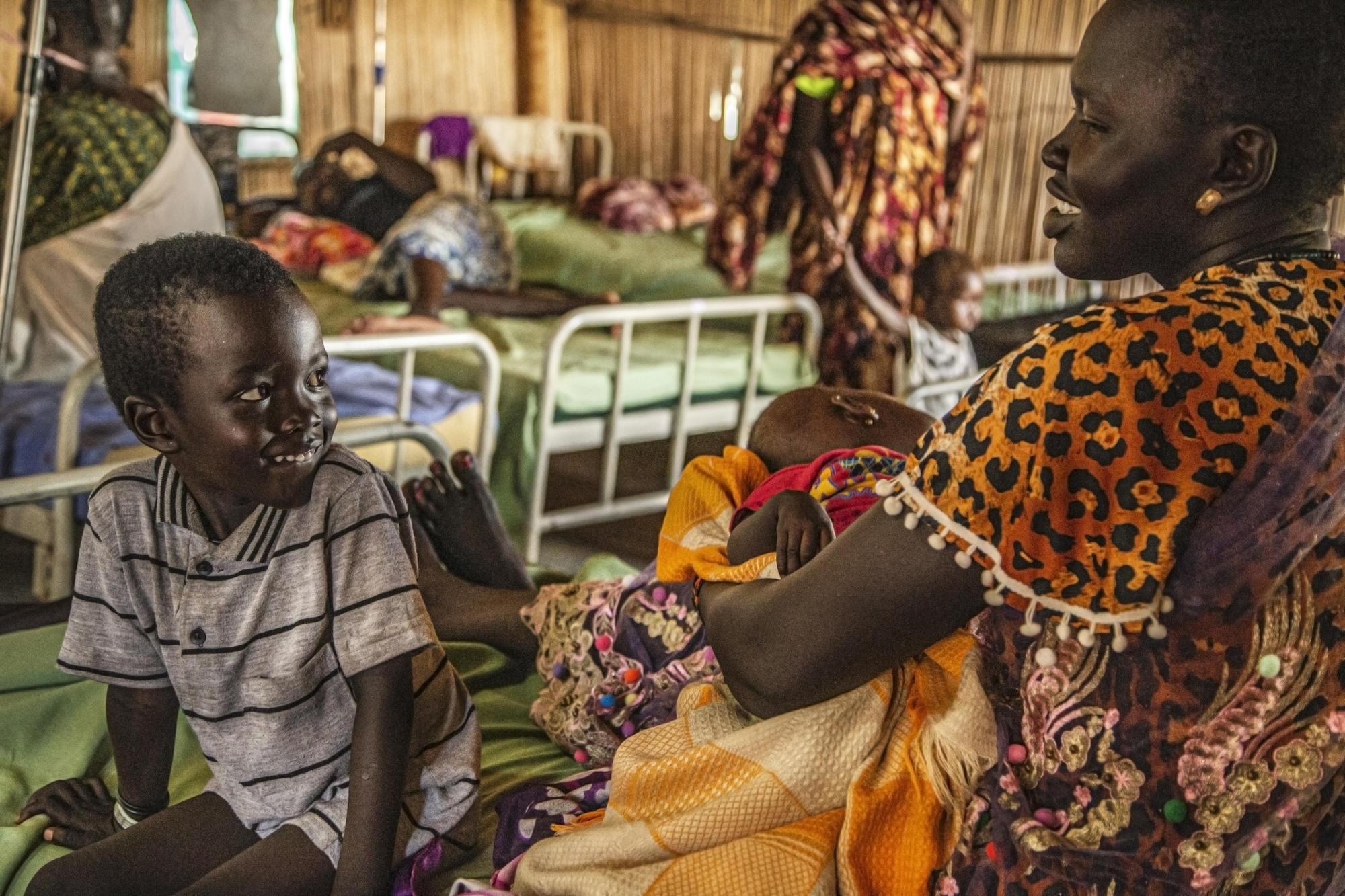 Mary, a refugee from South Sudan, remembers the day when armed men attacked her village.

“They showed no mercy," she says. "Neither the young nor old were spared.

"As soon as we heard that the killing started, we didn’t stop to think - we just took what we could carry and ran, embarking on our frightening journey.”

For over three years, the country's oil-rich Upper Nile state has been ravaged by conflict between government and opposition forces.

Facing brutal violence, families are forced to make a drastic decision – stay and risk being killed, or leave everything behind.

Those who leave travel north, across the border, to neighbouring Sudan.

The hospital works as a referral point for all camps in White Nile, and is the only nutritional stabilisation centre in the area.

We provide a wide range of medical services here - yet to access them, South Sudanese refugees like Mary face a gruelling journey.

An eight day trek on foot is pitted with armed border guards, ethnic tensions and disease. 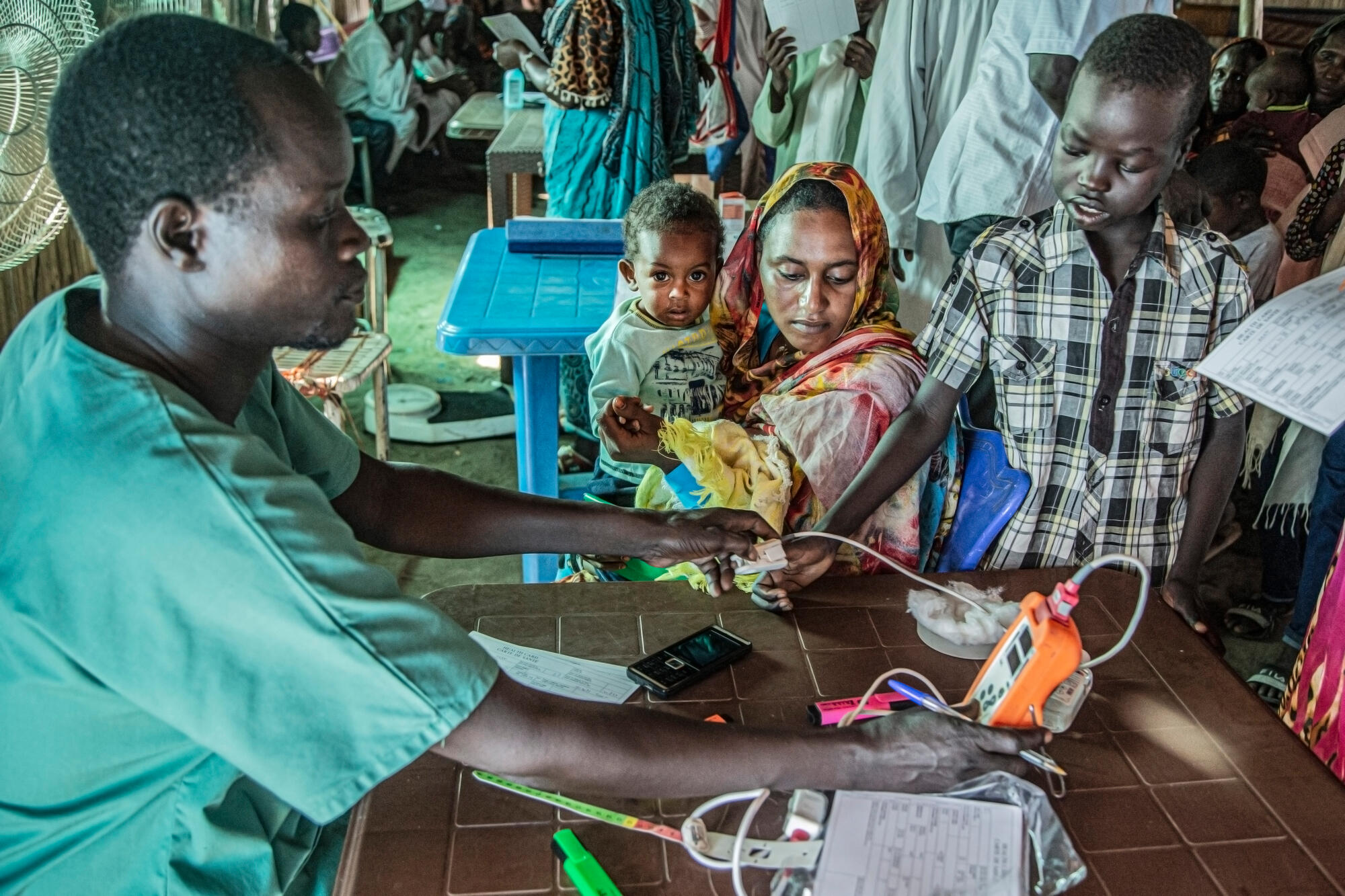 “To pass through some of the military checkpoints we had to lie about the tribe we belonged to," says Mary. "Otherwise we would have been stopped and the worst would have happened.

"We feel very lucky, as miraculously nobody was hurt.”

While the majority of people endure the journey well enough, some arrive worn out from their ordeal, suffering from malnutrition and malaria.

These are among the most common health issues seen by staff at our hospital, alongside reproductive health issues and respiratory throat infections.

“She became sick on the journey and stopped eating, had diarrhoea and started coughing,” explains Mary. “When we got here the doctor told me that she needed help.

"They put her on the special nutrition programme run by MSF.

"I hope this will make her strong again.”

According to Mohamed, the project coordinator, White Nile camps' biggest cause for concern is sanitation and hygiene.

"People are living so closely together and there aren’t enough toilets and latrines," says Mohamed. "They are openly defecating near their shelters and neighbours.

"Because of this, there is a huge risk of measles or acute watery diahorea spreading throughout the community."

Young children are particularly at risk of contracting disease, playing with their friends in these unsanitary conditions.

Mohamed believes upgrading camp sanitation facilities is "the only solution."

In response, we are constructing latrines in two camps (Al Kashafa and Joury).

We are also aiming to increase the awareness of health behaviour, through community health promotion activities.

The most serious cases we see are referred to Kosti Hospital, which is 80 km away on a sandy, bumpy road.

I came to the MSF hospital where the treatment is free and the doctors know what they are doing.

Our medical facility is not just being used by the new arrivals.

Nearly half of all consultations are with local people living outside Al Kashafa camp, which includes the host Sudanese community and refugees from the other five camps.

Before we arrived, the local population had very few alternatives when it came to medical care.

As such, our hospital became a point of reference for many.

“For weeks I was suffering from a very bad headache and a sore throat," explains Elizabeth, from the Sudanese village of Alseror. "My family wanted me to try some traditional medicine.

"It’s all they could suggest, but I knew it wouldn’t work.

"So I came to the MSF hospital where the treatment is free and the doctors know what they are doing.” 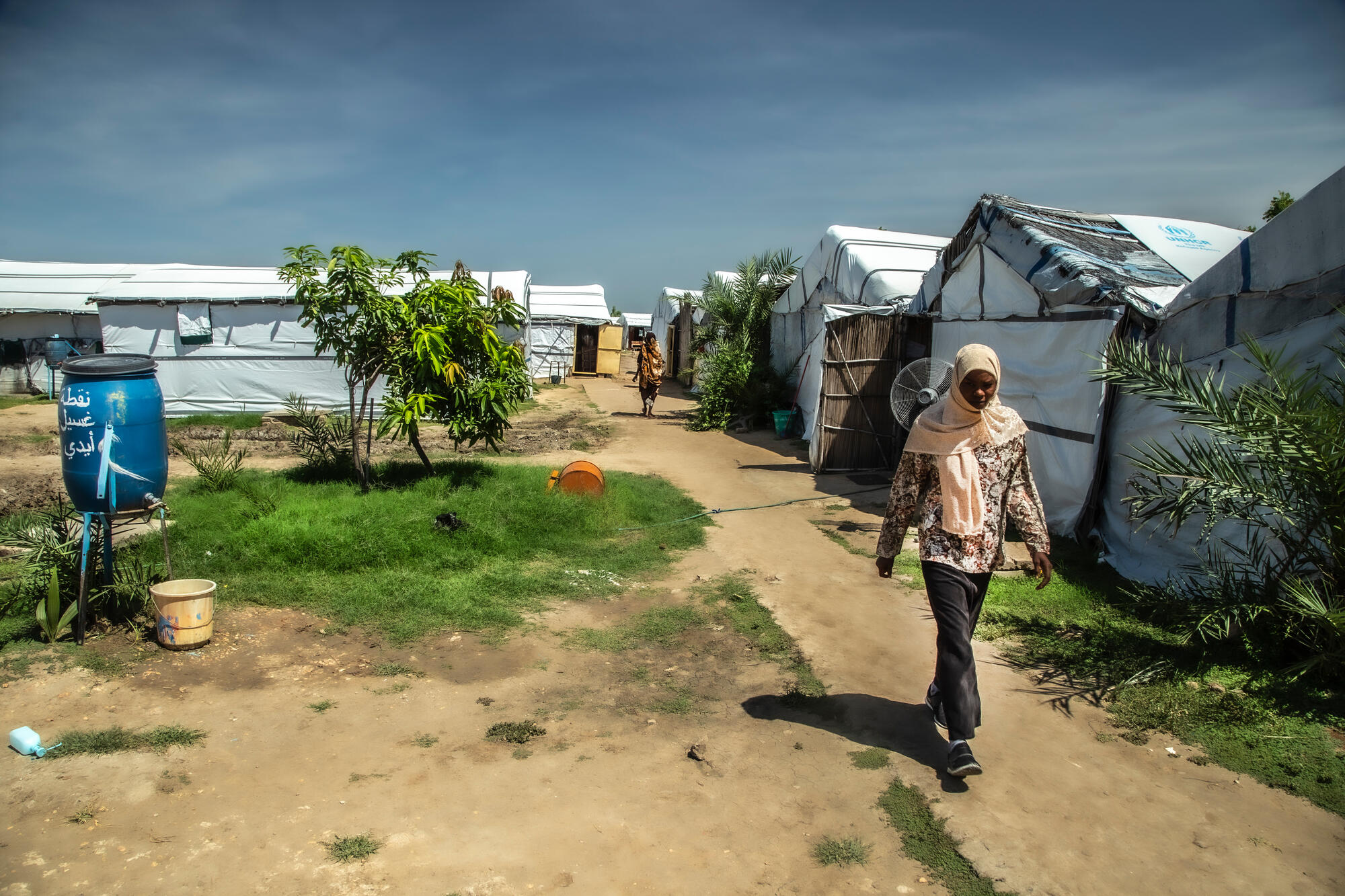 Many of the refugees living in the camps find themselves in a unique circumstance.

Not long ago Sudan and South Sudan were one country.

Until recently, the authorities in Khartoum gave people raised in South Sudan the rights of Sudanese citizens.

As many have family in Sudan, understand northern culture and speak Arabic, they may choose to move on to one of the larger towns in White Nile state.

Those with money and family connections might even go as far as Khartoum where they can start a new life.

Life in the camps remains hard; while international NGOs are providing a basic education for children, for the adults there is little to do.

Those without connections will stay in the camp, hoping for the situation to improve.

Life in the camps remains hard; while international NGOs are providing a basic education for children, for the adults there is little to do.

Some try to eke out a small income by selling fish or trading in the local market. Others find work labouring on local farms.

This enables their families to supplement their food rations and maybe save a little for a better life.

The final outcome for South Sudanese refugees will no doubt rely on the fighting at home.

If things improve then many may go home.

For now this is only wishful thinking.

Fighting has displaced tens of thousands of people in Sudan, where we respond by providing medical care for malnutrition, diarrhoeal diseases and malaria.