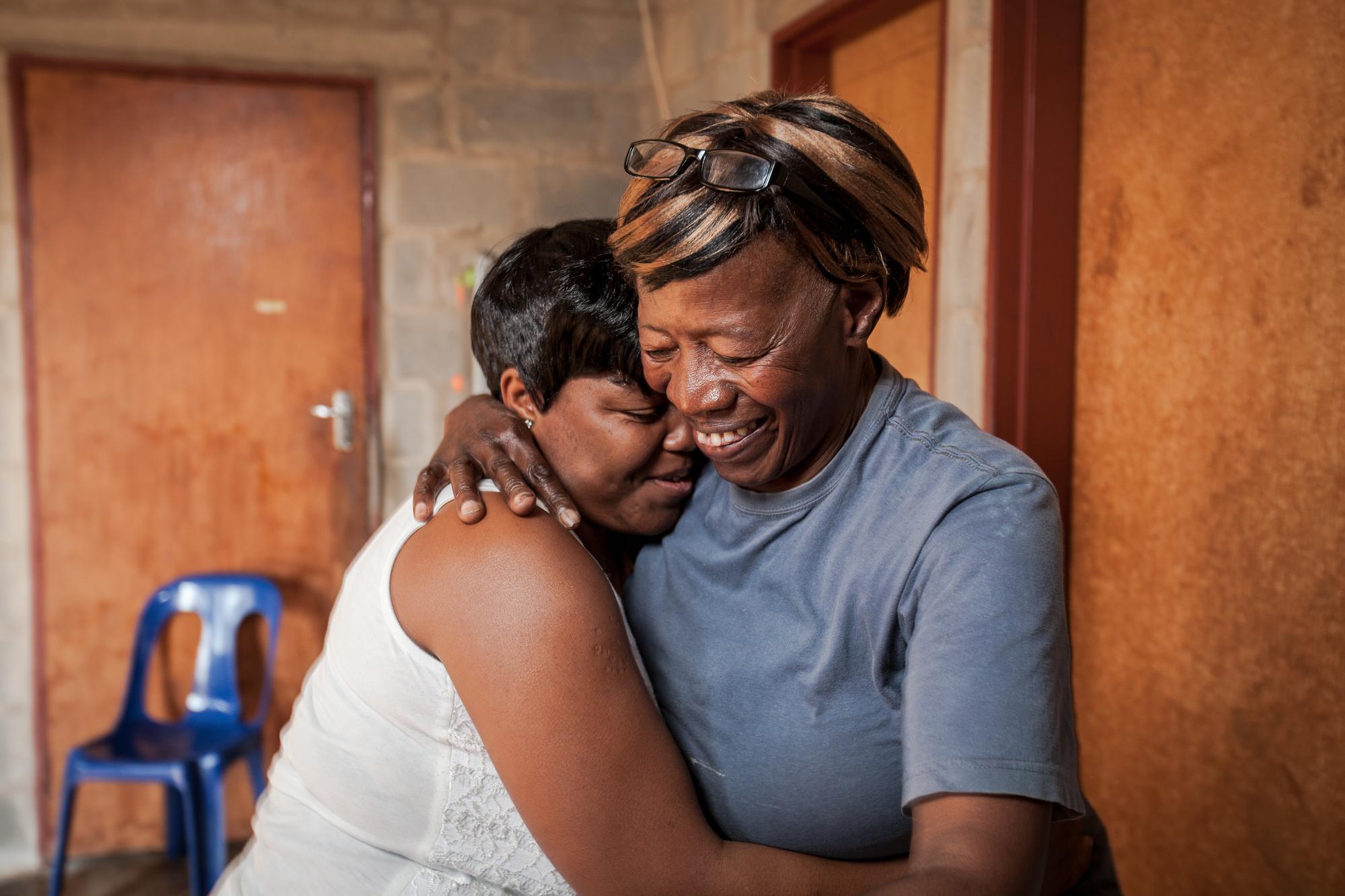 The international medical humanitarian organisation Médecins Sans Frontières/Doctors Without Borders (MSF) this week released findings from a follow-up survey of its community-based HIV/TB project in Eshowe, KwaZulu Natal. It shows that the project has achieved the UNAIDS targets of 90-90-90 one year ahead of the 2020 deadline.

The results support MSF’s view that interventions at community level can successfully reach and directly support more people living with HIV who do not access conventional health services, which is key to getting ahead of the HIV epidemic.

Along with similar findings from several other HIV population surveys, including two surveys released at SAAIDS this week, the MSF results provide strong evidence that achieving the 90-90-90 targets is possible in South Africa, along with hopeful data suggesting that the number of new infections is decreasing in certain areas.

“We’ve shown that it’s possible to reach 90-90-90 in an area with one of the highest HIV infection rates in the country, where one in four people is living with HIV.

“Importantly, we have ensured 94 percent of people who tested HIV positive started treatment, including people who are much less likely to test for HIV and link to care, such as men.”

The MSF Epicentre population-based survey, which included 3,286 people aged 15 to 59 years, is a follow up to a 2013 survey done by MSF and Epicentre in the same area which was performed to inform priority activities.

The 2018 survey found a significant increase in overall HIV status awareness (increased by 14 percent) and in starting people on treatment (increased by 24 percent) between 2013 and 2018.

In the early days of this project, it was almost impossible for people to even imagine talking about HIV. Today people even stop our MSF vehicles and ask for an HIV test. We didn’t do it for the community, we did it with them.

This is supported by survey findings which show that among the people surveyed, the proportion of those living with HIV who were virally suppressed increased from 56 percent (2013) to 84 percent (2018), signifying a dramatic reduction in the number of people with the potential to transmit HIV.

However, MSF cautions against interpreting the survey results as an outright declaration of victory, with significant challenges remaining among specific age groups.

“Difficulties remain in reaching men, who overall achieve poorer treatment outcomes across the cascade. More than half of young men aged 15 to 29 years diagnosed with HIV are still not on treatment. We hope these findings will help focus our collective energies on reaching these groups who remain the most vulnerable to HIV.” 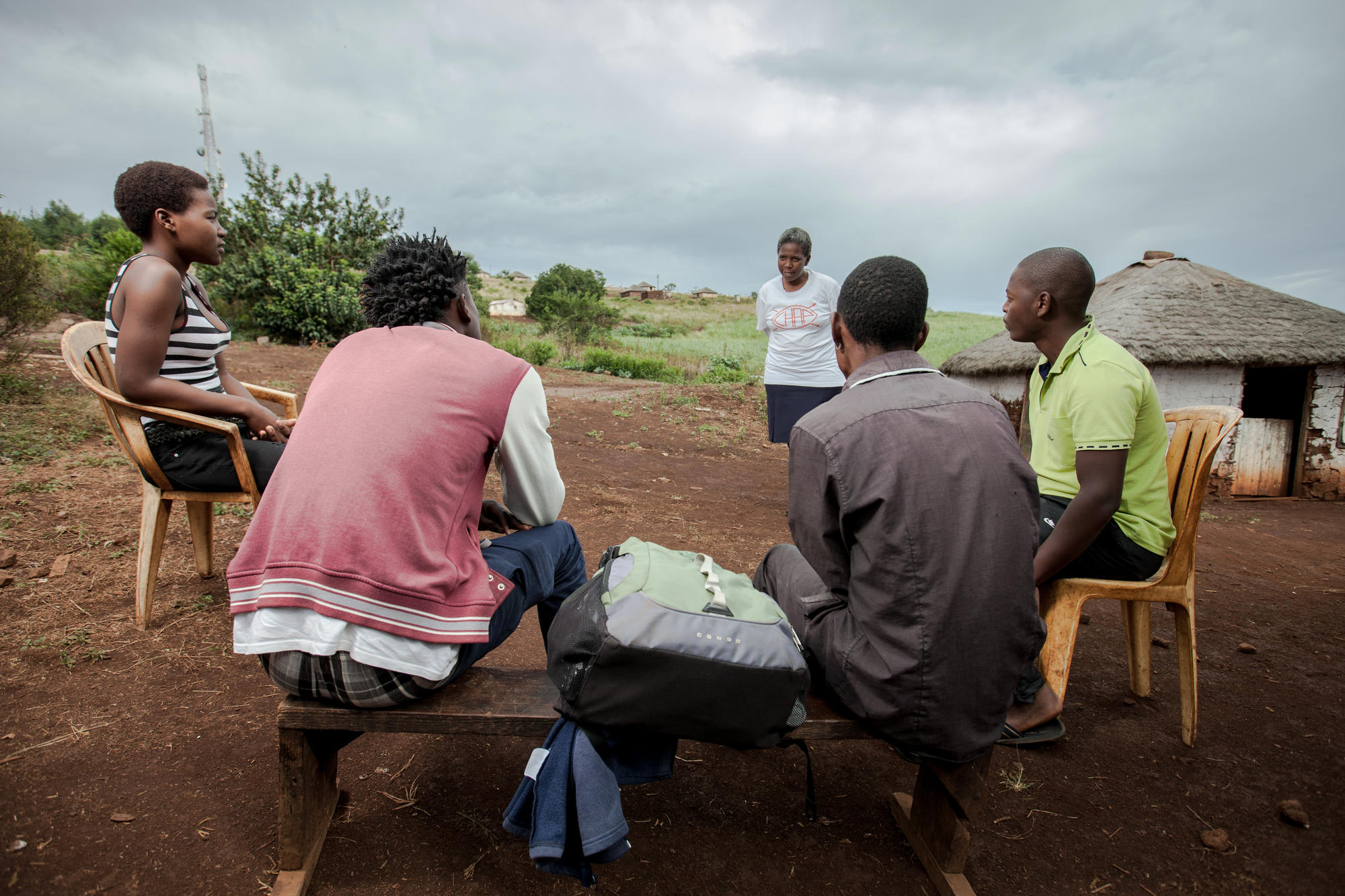 “How did Eshowe get to 90-94-95? I would say it’s the power of partnership. We had the total commitment of the traditional leadership, and close collaboration with the departments of Health and Education at each stage, says Musa Ndlovu, MSF’s Deputy Project Coordinator in Eshowe.

“In the early days of this project, it was almost impossible for people to even imagine talking about HIV. Today people even stop our MSF vehicles and ask for an HIV test. We didn’t do it for the community, we did it with them.”

The ‘Bending the Curves’ project, which started in 2011 before the 90-90-90 targets were set by UNAIDS in 2013, aimed to reduce the incidence of new HIV infections, and HIV-related illness and death.

Numerous activities were launched in partnership with communities and the KwaZulu Natal Department of Health to prevent HIV infection, increase HIV testing, link people quickly to care, and support their adherence, retention and suppression on treatment.

Today the project covers ten clinics and two hospitals. Early on, the project invested in community-based prevention and HIV testing strategies, including extensive door-to-door testing by lay workers, with over 120,000 door-to-door tests conducted between 2012 and 2018.

Home to over 56 million people, South Africa has one of the continent's biggest and most developed economies.

Once ruled by a white minority, which enforced a separation of races with its policy of apartheid, South Africa is now known for its multicultural diversity.

Médecins Sans Frontières/Doctors Without Borders (MSF) has been working in South Africa since 1986, caring for tuberculosis (TB) and HIV patients, and victims of sexual violence, while trying to improve access to lifesaving drugs. In 2018, South Africa became the first country in the world to make the oral drug bedaquiline part of its standard recommended treatment for drug-resistant TB.