Solar in the jungle: An epic journey to life-saving power

Solar in the jungle: An epic journey to life-saving power 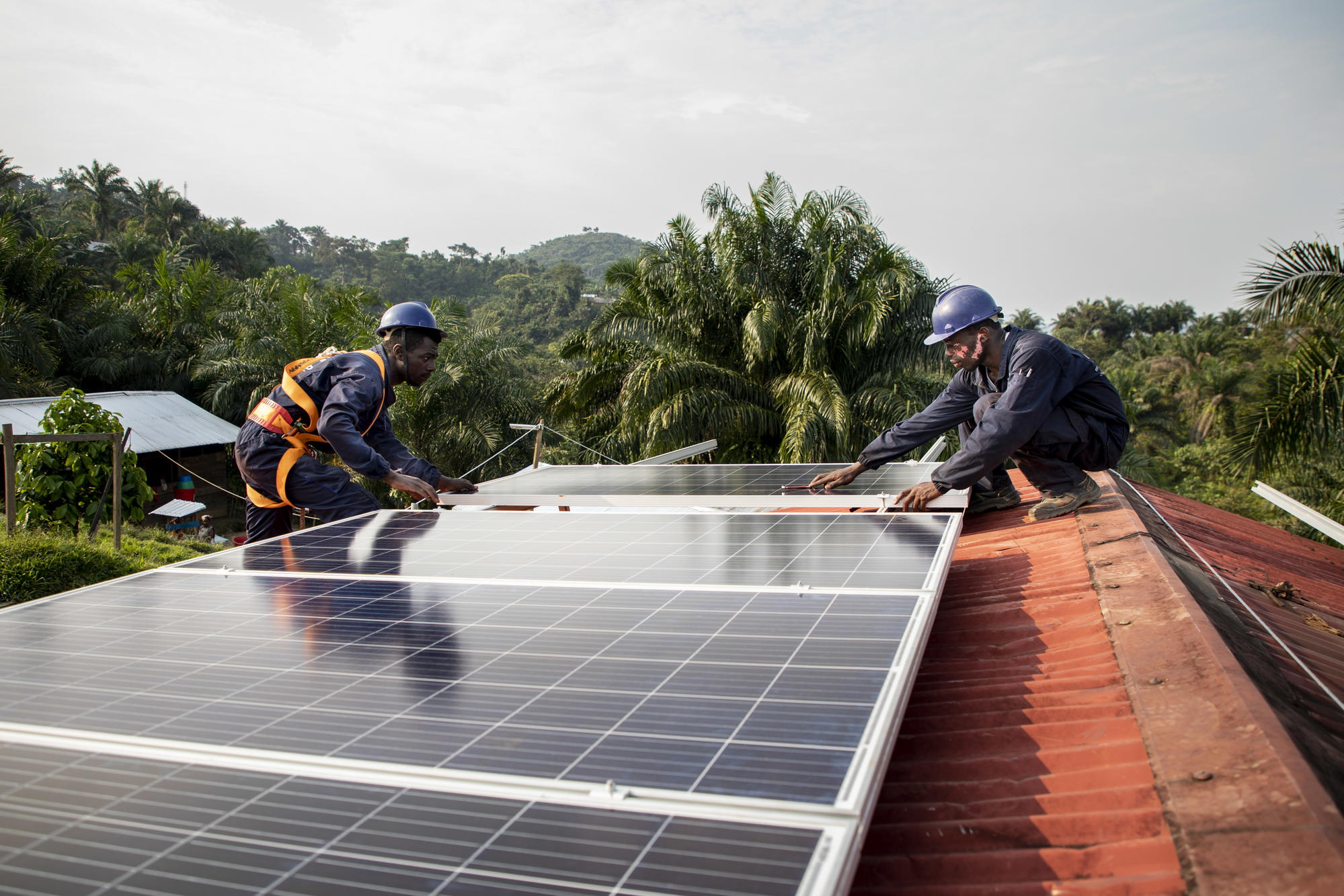 Caption
Solar panels are installed on the roof of the Kigulube Hospital in South Kivu, DRC
© Pablo Garrigos/MSF

“Kigulube hospital is in the heart of a jungle,” says Miguel Balbastre, speaking in fast Spanish from this remote corner of the Democratic Republic of the Congo (DRC).

The hospital he’s standing in provides vital health care for communities in this area, where thick forest and poor roads mean many patients must walk for hours to reach medical care.

While the hospital treats a huge number of conditions, “the key areas for saving lives are the operating room and the intensive care unit”, says MSF’s medical coordinator in the DRC, Chiara Domenichini.

Round-the-clock medical care requires a continuous and reliable power supply, and this can be hard to come by in remote settings like Kigulube.

Until recently, the team had been relying on diesel-powered generators, but these pose enormous and costly logistical challenges.

The lack of roads means fuel must be brought in by experienced drivers navigating the treacherous mud by motorcycle, or the expense of a helicopter.

It was time for a new approach.

“We are using the latest generation lithium batteries. They haven’t even been commercialised on a large scale yet,” explains Miguel, who works for MSF as an energy specialist.

Together with a dedicated team, Miguel has been working on a new project to bring cutting-edge solar technology to this remote corner of the DRC.

Developments in the price, capacity and life-span of the hardware have only recently made solar power a viable option for MSF hospitals.

However, the team still had to overcome enormous challenges to make it happen.

Firstly, this kind of kit is not readily available in the DRC.

"Before, we sometimes had to operate in the dark because there was no lighting anywhere"

“The panels travelled from Europe by boat, along the Suez Canal to Tanzania, where they were unloaded at the port of Dar es Salaam,” explains Miguel.

“From there, they crossed Tanzania and Rwanda by truck until they reached the border town of Goma, in the DRC.”

Despite the many miles involved, this epic voyage was one of the simpler parts of the journey. With road transport impossible, the team had to think creatively.

“The panels were taken across Lake Kivu by boat to the city of Bukavu, and from there they went by helicopter to the Mulungu area,” Miguel continues.

But the helicopter could only get so close to the hospital. That meant that 50 people were needed to carry the 100 precious panels to their final destination.

But after this immense effort, did the plan work?

Light in the darkness

“Before, we sometimes had to operate in the dark because there was no lighting anywhere," says Dr Pacifique, director of the hospital.

“This solar-powered facility makes a big difference to the treatment we can offer patients in Kigulube hospital. Now, all the rooms will have electricity to ensure adequate medical treatment for patients.”

An investment in saving lives

The installation of a system like this one requires a strong initial investment. However, taking into account the enormous savings in fuel and transport costs, the outlay is expected to be recouped in only two or three years.

After that, the annual cost of running the system is 95 percent less than for the diesel-powered generators.

MSF is an emergency medical organisation and at some point in the future, when the situation in Kigulube stabilises, we will redirect our resources to other regions. However, even after our teams have left, the hospital's solar power system will remain.

For the tens of thousands of inhabitants of Kigulube and Kusisa, where another system has been installed, that means that the lights can stay on for life-saving care for many years to come.