Search and rescue: Meet the crew of Sea-Watch 4

Search and rescue: Meet the crew of Sea-Watch 4 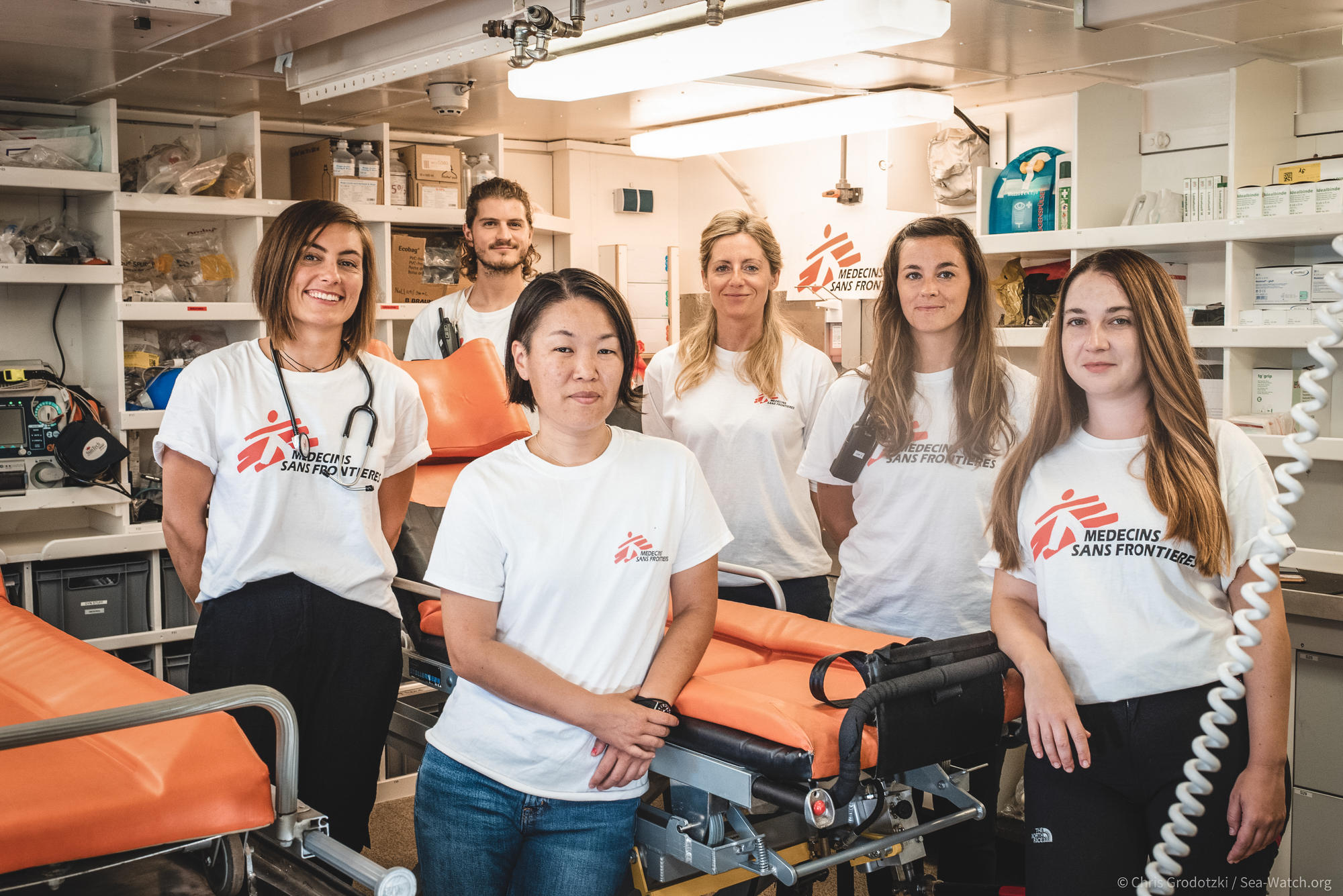 Caption
The six-person MSF team on board Sea-Watch 4 is responsible for delivering emergency medical care, which includes running the ship’s clinic as well as providing humanitarian assistance.
© Chris Grodotzki/Sea-Watch

MSF has relaunched search and rescue operations in the Central Mediterranean, joining the organisation Sea-Watch on board a new ship, the Sea-Watch 4, to save the lives of people fleeing Libya.

While European states hamper search and rescue efforts – purposely leaving people adrift for days and criminalising NGOs that help – governments are now openly exploiting the COVID-19 pandemic as an excuse for inaction. However, desperate people continue to flee Libya, seeking safety from conflict and violence by crossing the world's deadliest maritime border.

In the face of deliberate "non-assistance" policies that condemn people to drown, we cannot stand by.

The Sea-Watch 4 set sail on 15 August and is currently bound for the search and rescue zone off the coast of Libya. Here, our team will provide vital emergency medical care to the men, women and children pulled to safety

Meet the MSF crew on board this life-saving ship.

"The COVID-19 pandemic has exacerbated the challenges of providing humanitarian assistance, creating more uncertainty, and making it harder to reach vulnerable people who don’t have access to healthcare.

Growing up in Europe, I was afforded many opportunities in terms of travel and education. This is something I am very aware of, especially since becoming a doctor. So, I joined MSF to try and play some part in making medicine more globally accessible.

I know that many of the people I will meet attempting this deadly journey are doing so because it was the only choice they had. This strengthens my sense of purpose and dedication, even as the practical and political obstacles to delivering life-saving assistance at sea increase.

I feel honoured to be part of an organisation that is committed to being there for people when they need it most, and will stand up for important values in uncertain times. I am ready to rescue." 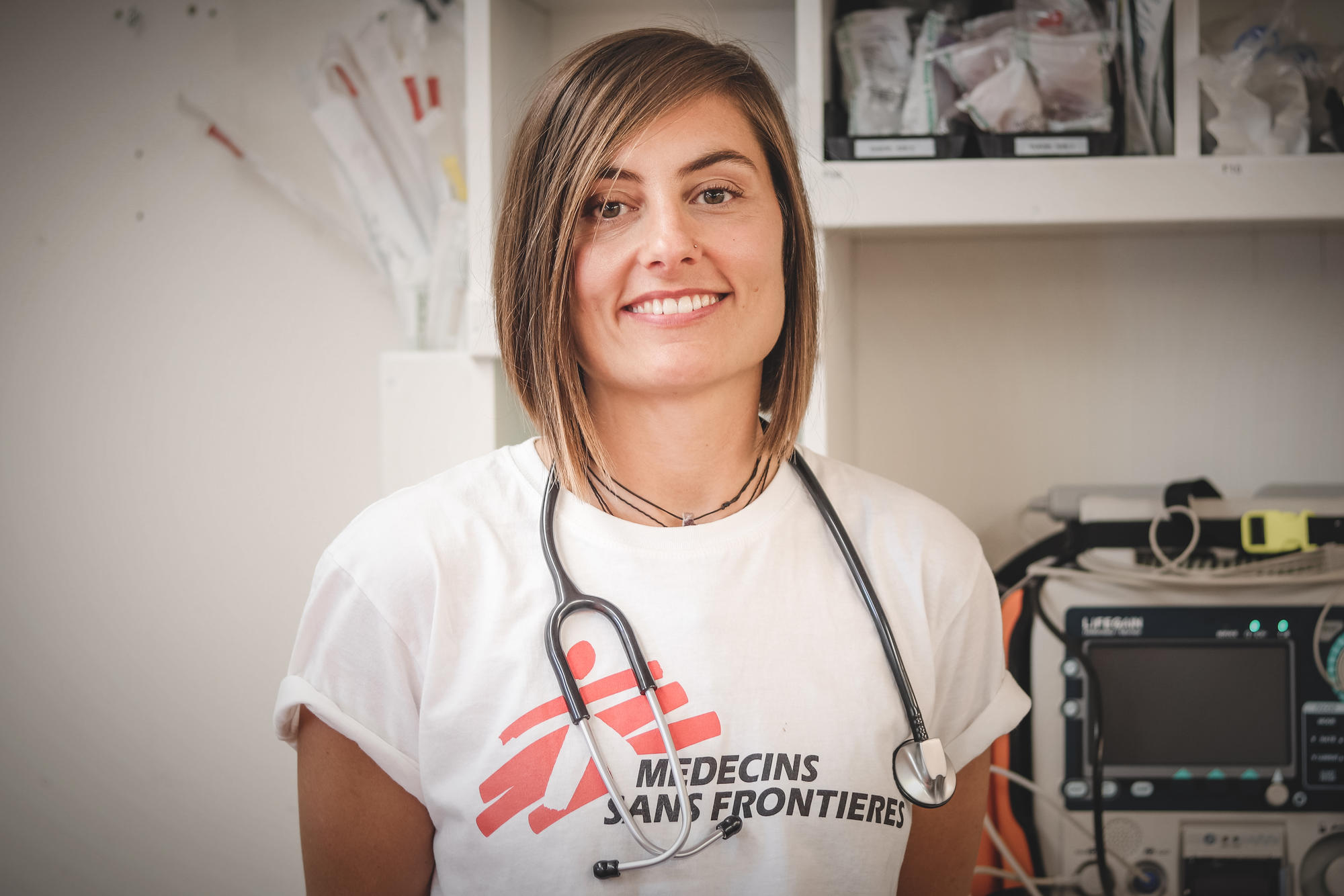 "I have just come from the Democratic Republic of Congo, where MSF has been working on COVID-19 and an Ebola outbreak. Things will be different here.

During a rescue, I will be on one of the small fast boats we deploy for “the first approach”. This is when I will conduct an initial triage of the people in distress, looking out for those who might be unconscious or have acute medical needs.

Apart from drowning or trauma-related injuries, signs of dehydration, exhaustion and fuel exposure will be a concern. I will also be looking for women and children, and trying to stop any panic that can quickly destabilise the situation.

Of course, COVID-19 is something that we are taking very seriously. One of my roles on the ship will be infection prevention and control – making sure everyone has personal protective equipment and rigorously maintaining high standards of hygiene.

Overall, I am trying to prepare myself for every scenario, but I don’t think you can ever really be fully ready. Let’s just say, I am expecting the unexpected." 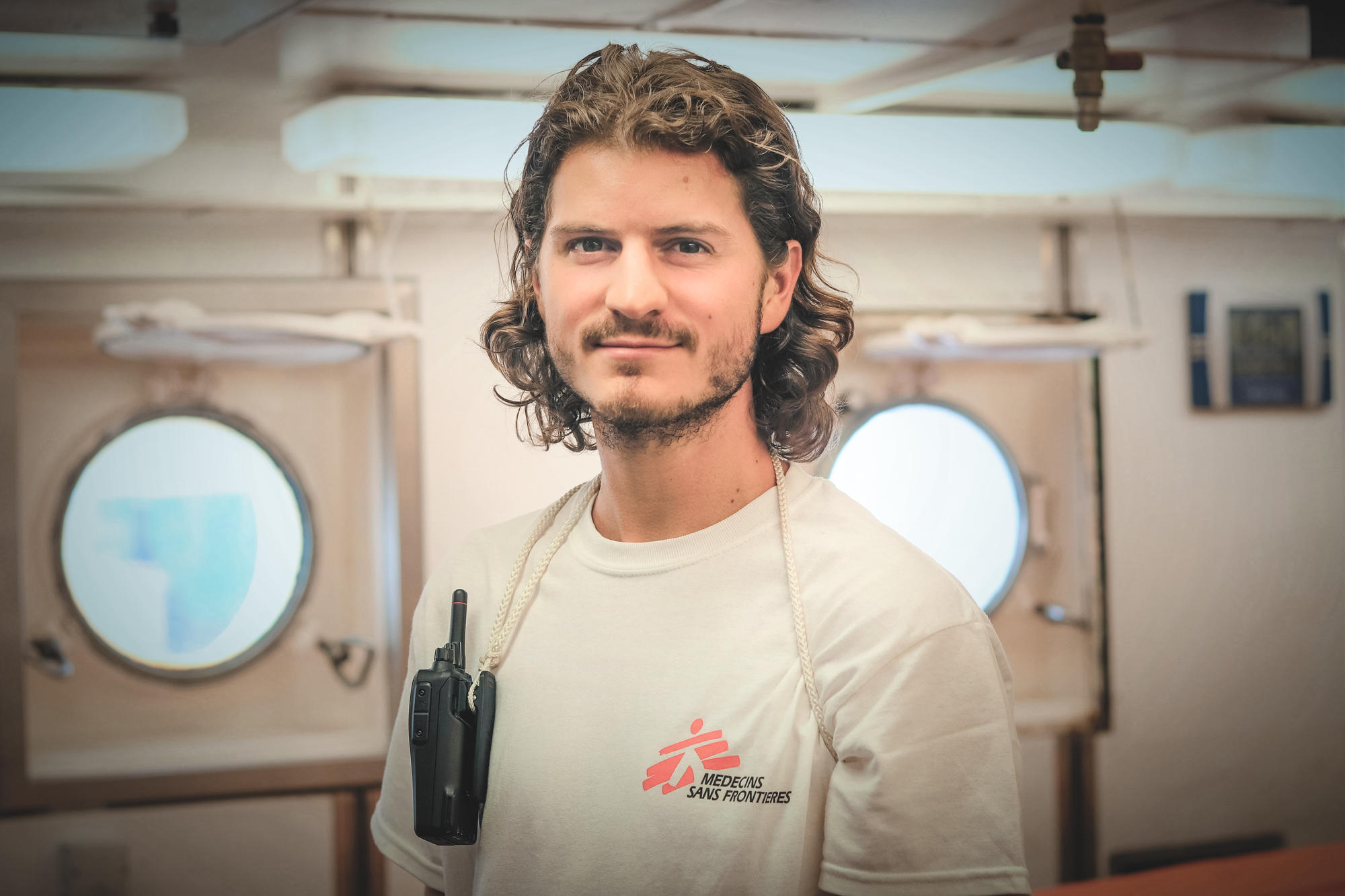 "I was on board the MSF search and rescue ship Aquarius in 2016. During my sixth voyage, I ended up delivering a baby boy. The mother was rescued at midnight, going into labour shortly afterwards. There was no chance to medically evacuate her and she gave birth the next afternoon.

I remember seeing her there, mother and baby holding onto each other as the ship rolled beneath them, and asking myself: “In what kind of world does a person’s life begin on the floor of a rescue boat?"

By the time we were able to disembark her, we had done another six rescues and had 600 people on board.

I have also worked in South Sudan and Cameroon, meeting people whose families had already fled to Libya. I couldn’t bear to say anything about the reality of life in Libya or how hard the journey is.

Over the past four years, I have seen European governments become more reluctant to take responsibility for vulnerable people on this border. At the same time, I have been proud to see the resilience of my colleagues who are committed to preventing people from drowning.

It is easy to say, 'People should not try and cross to Europe.' But, in my experience, most do not have an alternative. We need to be here to minimise loss of life. I don’t believe we should let waves determine the fate of human beings." 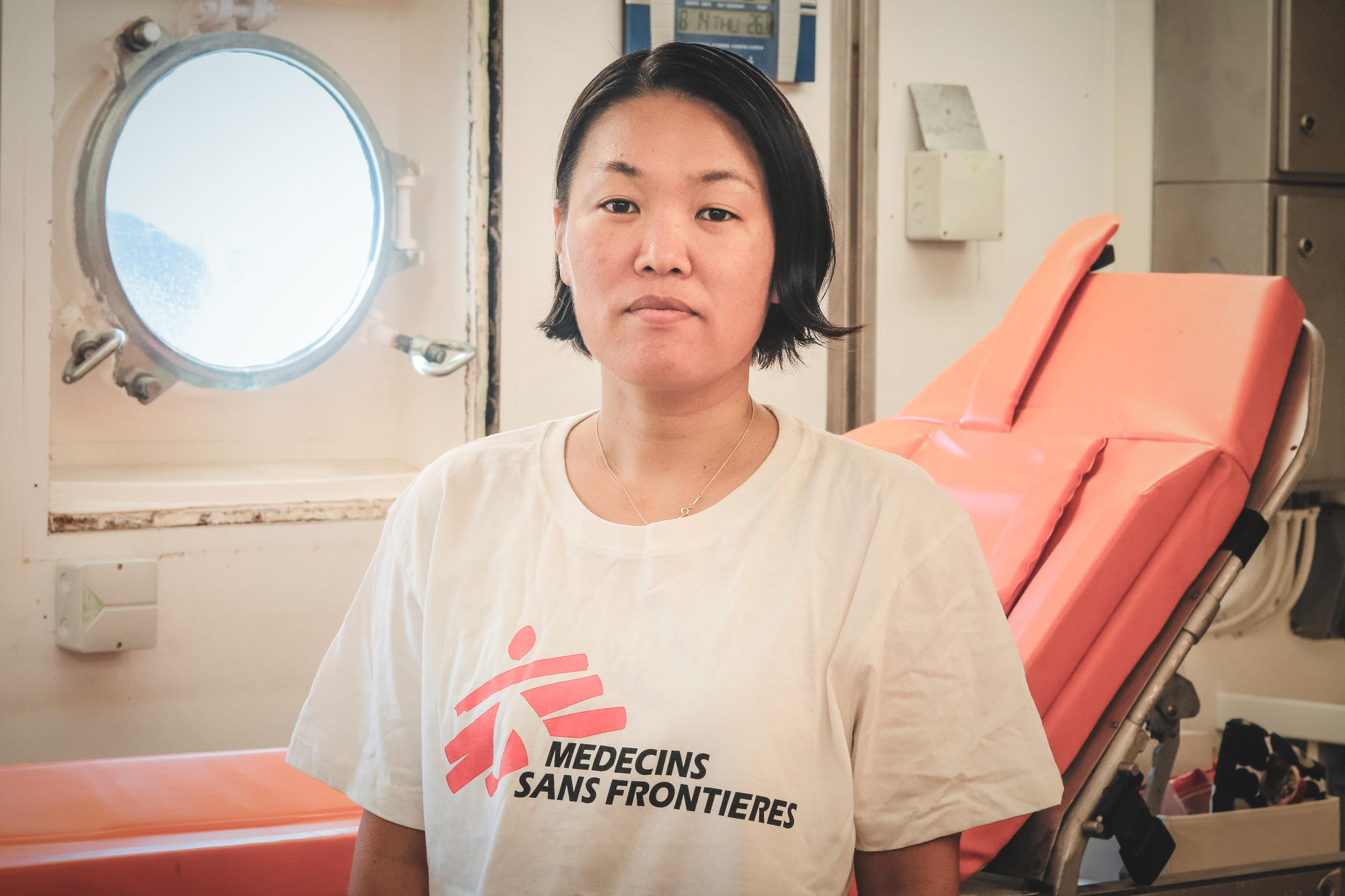 "MSF provides life-saving care wherever we are, but there is something uniquely immediate and starkly confronting about finding people in distress at sea.

It’s not just about pulling people out of the water, which is one of the worst-case scenarios. It is also about caring for those primary and human needs that have likely been neglected in the case of many of those we will meet onboard.

From administering CPR after water has flooded a person’s lungs, to treating the symptoms of a chronic health condition long neglected, this mission is the embodiment of why I chose to work for MSF; I am committed to providing the most vulnerable with access to health. With dignity.

The deadly reality of the central Mediterranean is a consequence of policies that prioritise politics over human lives.

At a time of important critical reflection globally, whereby the Black Lives Matter movement has challenged us all to examine racism within our own borders and communities, we cannot separate this debate from those who are being left to die.

For me, we cannot look away from our responsibility for a sea that is marked by countless invisible graves." 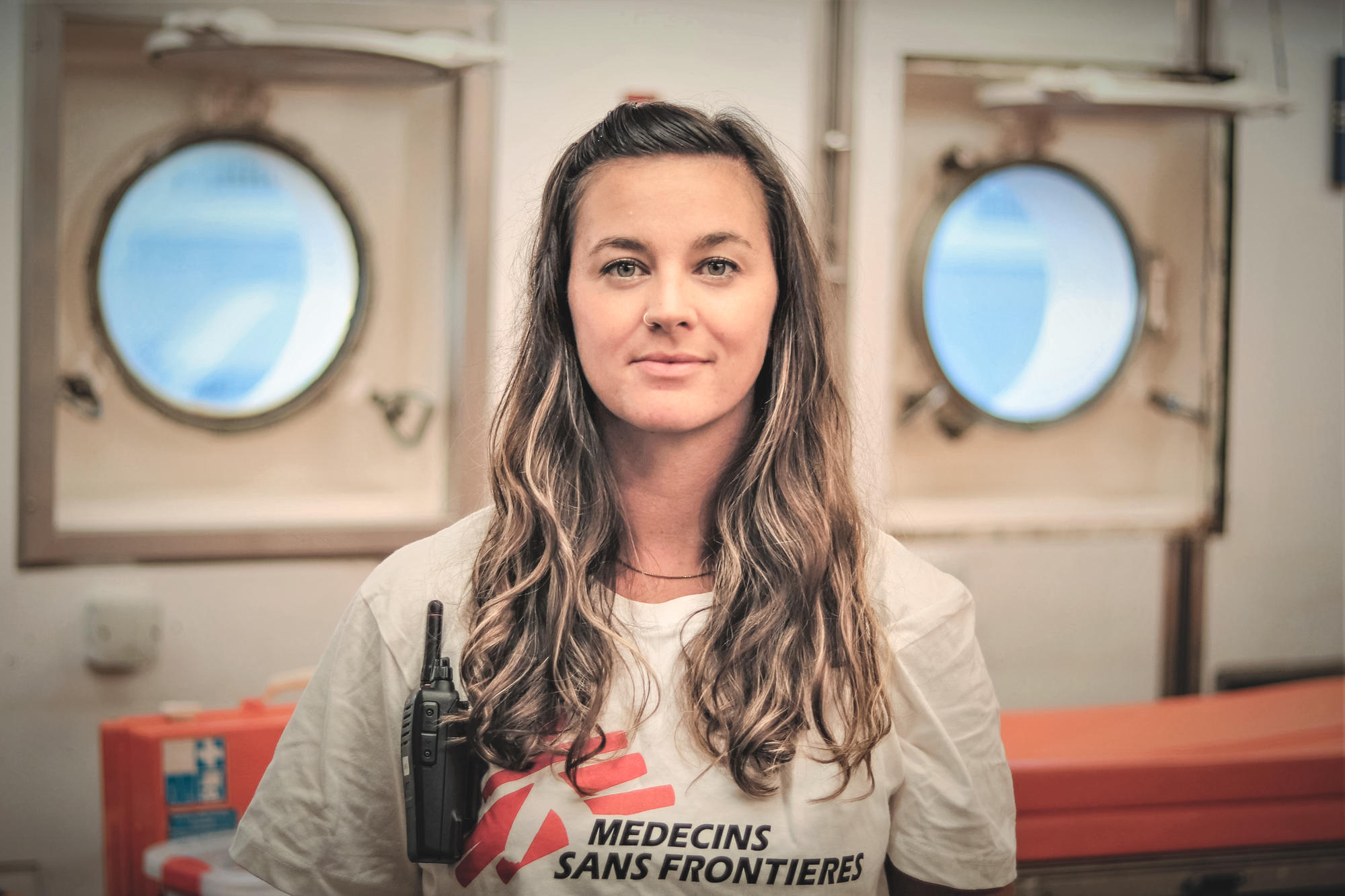 "The moment I step out on deck I know that I need to become the most alert, most compassionate and most useful version of myself.

I have to draw upon my experience in human rights protection - as well as my language skills – to create a bond with the people we rescue.

I help identify the most vulnerable people and ensure they are properly referred to the humanitarian organisations that can assist them on land. I need to gain their trust and earn the privilege of hearing their stories.

So, while our immediate objective is to save the lives, my job is to make sure that rescued people are given a supportive and safe environment. They need to feel able to share their journeys and experiences, their fears and triumphs, and allow their vulnerabilities to find voice.

Through understanding what people go through on the world's deadliest maritime border, we are better able to speak out on their behalf. We can share the preventable tragedies and repeated injustices that may otherwise have sunk silently below the sea." 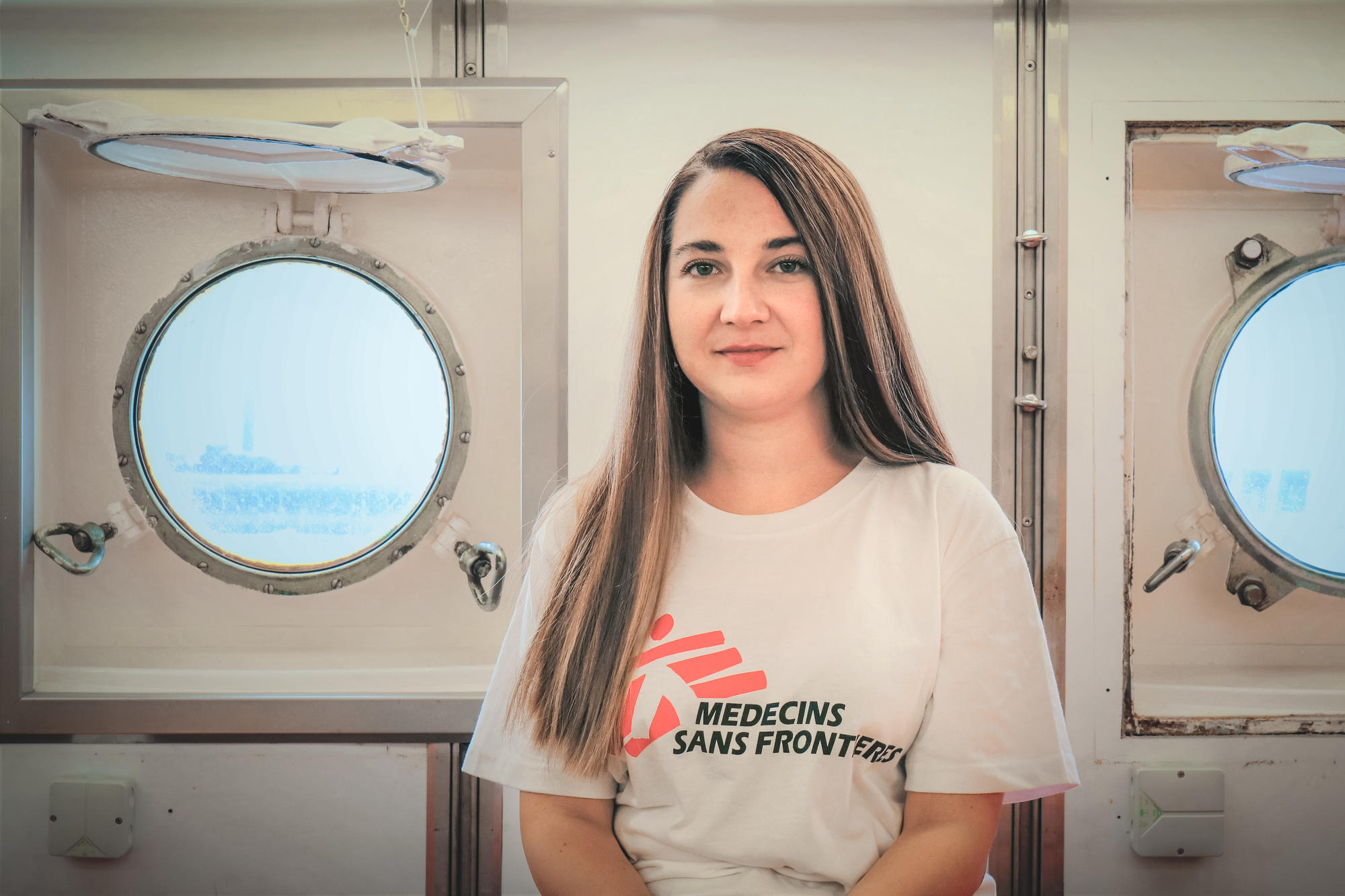 "It takes just 60 seconds for someone to drown. For a child, considerably less.

This is no secret to many of the people rescued in the Mediterranean. At least those I have met. Almost without exception, they know the risks of trying to cross. They know others who have died, or have seen others drown beside them.

The reply was often that, if I was asking them this question, I didn’t understand the reality they were coming from. And they were right. I still don’t.

Even after hearing countless devastating stories of desert crossings, detention centres and torture. I can try to imagine, but I cannot fully comprehend the extremes that drive people to embark on a journey where their chance of reaching their destination is less than 50 percent.

The land we are sailing away from is reeling from the trauma of the ongoing COVID-19 health emergency. And, for many, the world feels like a scarier and more unfamiliar place than it once was.

Perhaps now, the existential threat that pushes someone into the water is a bit more relatable. Perhaps now, the will to do almost anything to shield a child from danger, is not such a distant concept.

And, perhaps now, we will consider the life which rests with just a few millimetres of rubber between it and the darkening sea." 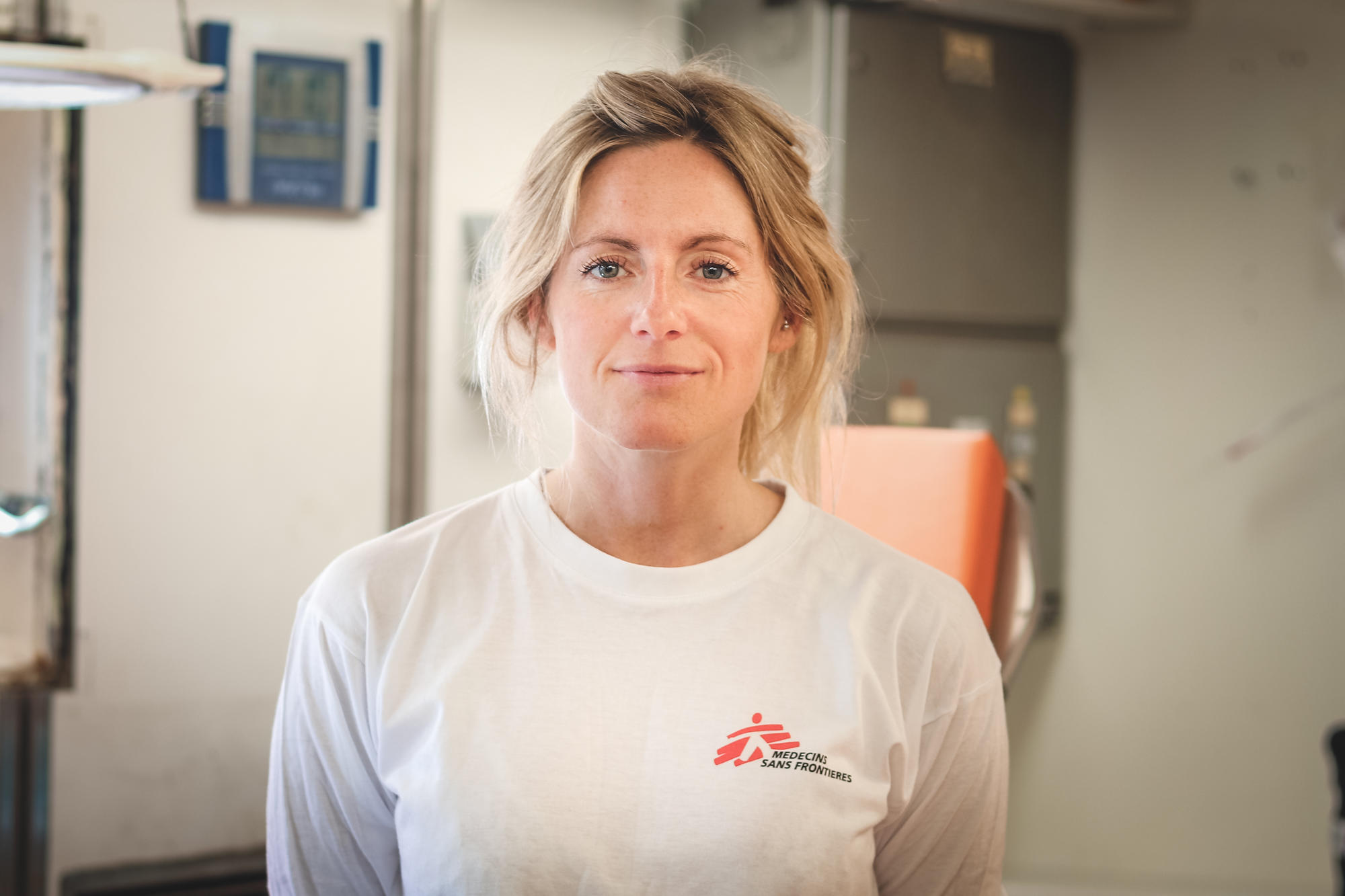 Sea-Watch 4 is a former oceanographic research vessel known as Poseidon, bought by and refitted for search and rescue operations by Sea-Watch and the United4Rescue coalition, led by the Protestant Church in Germany.

MSF will staff the four-person medical team, including a doctor and midwife, alongside two communications and advocacy personnel, while Sea-Watch runs the ship and the rescue operations with a crew of 21 people including volunteers.

Together Sea-Watch and MSF will provide humanitarian assistance, such as providing food and essential items, as well as identifying people who are particularly vulnerable.