Nigeria: How health promotion can change minds and save lives

Nigeria: How health promotion can change minds and save lives 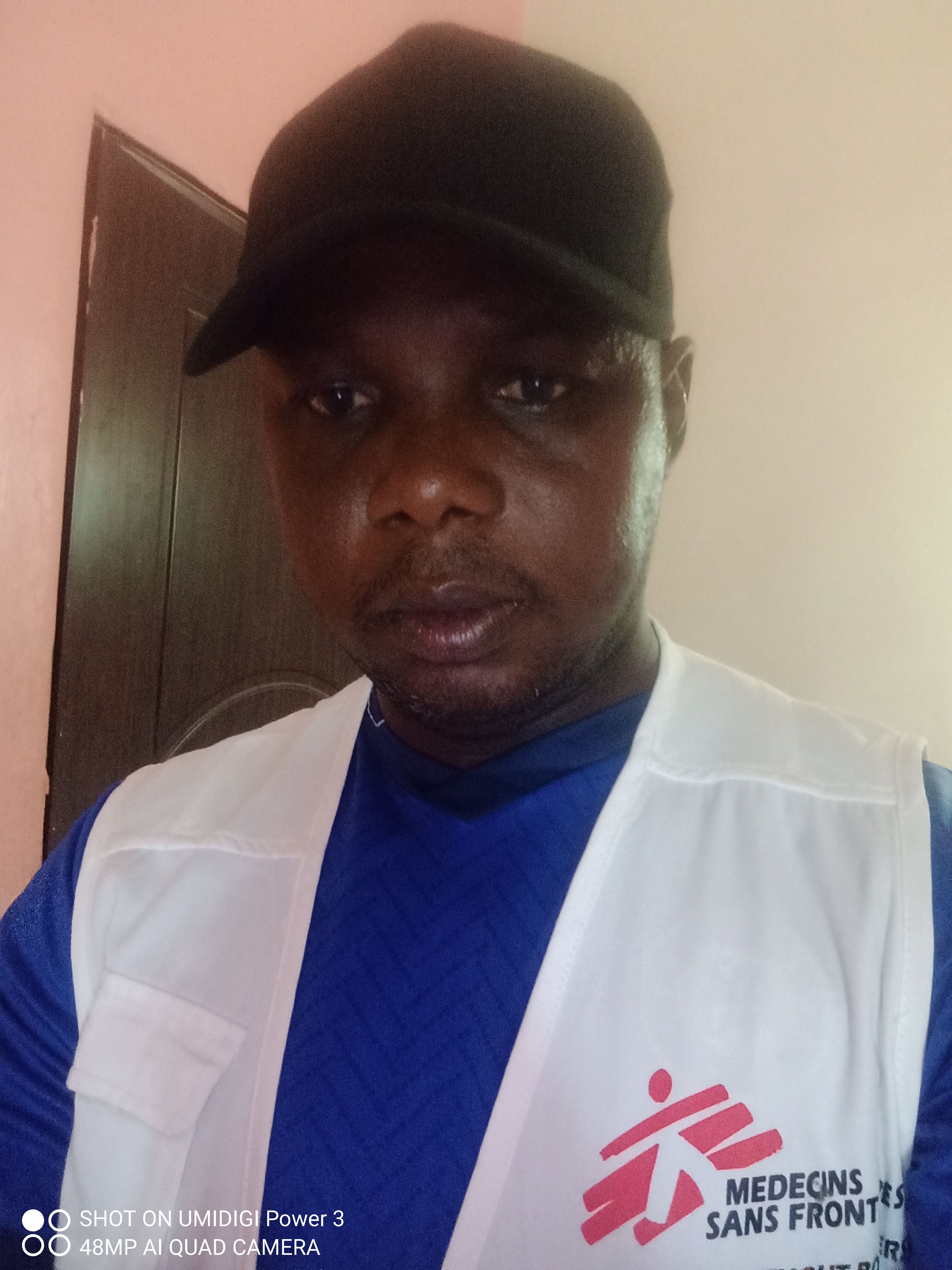 I always knew I wanted to work in the humanitarian sector, and studied health education at university. Before I started working with MSF, I gained experience working as a teacher in a variety of subjects across all age groups.

My role now is to train the community health workers to work on whatever the needs are at that moment. I look after data and reporting, and also work on building relationships between MSF and other organisations in the community.

Health promotion is all about changing people's minds to help their health. This is really something I delight in, and I like to see myself changing mindsets from a negative way of thinking to a positive way.

Medical teams in Ngala were facing a major shortage of blood donors, with serious consequences. Health promoter Dogara Yohana explains how his team set out to help...

"Dogara, we have some patients who are in dire need of blood. Can you help?"

The voice was Arnold, who manages the lab at the MSF hospital in Ngala, Nigeria. Back in 2017, we had just opened the blood bank, but hadn’t yet begun to raise awareness in the community of the importance of blood donations.

Ngala is in northeast Nigeria. It’s an agricultural area that’s also home to about 70,000 displaced people who have had to escape armed violence in their hometowns. We’re in Borno state, a region which has experienced more than a decade of insecurity.

When MSF first arrived here in 2016, most people hadn’t had much access to medical care before, and instead relied on traditional medicines. They were understandably unsure about coming to MSF’s new facility.

As a health promotion team, we have worked hard to build trust, and people have started coming to the hospital more and more. The number of preventable deaths in the community has reduced. We have worked with communities to raise awareness about the importance of vaccinations for their children, and of mothers coming to give birth here.

It’s not something we went to the market square with our megaphones and shouted about...

Blood donation, however, was a very big challenge. Donated blood can be life-saving for all kinds of patients – women with childbirth complications, gunshot victims, even patients with severe malaria. But back then, with no blood donors, if a patient needed even a pint, the situation became very, very serious.

We knew we needed to do something. People just weren’t familiar with the idea. We were very careful – blood is a sensitive topic for some cultures here, so it’s not something we went to the market square with our megaphones and shouted about.

We discussed it with the traditional community heads, with religious leaders, and met people in community groups. We explained the relevance of blood donations, how it is done, the process involved and the checks we do to make sure that people are fit to donate before any blood is taken.

Everyone had questions, and it was our job to answer them. We explained that when you come to the hospital to donate blood, the medical team will first check your health status, to make sure donating won’t be any negative impact on you.

We’d been doing all this work, but when I got the call from Arnold, I was still nervous. I’d never asked people to donate blood to strangers before, especially not in a medical emergency. The thought crossed my mind, ‘How do I do this?’

I was worried that I would fail. But you can only say you’ve failed if you’ve tried, and that’s what I decided to do.

Would it be enough?

The hospital is very close to the market area, so I decided to start there. I met a group of young men, just sitting, jesting, catching fun.

I began with an explanation of who I was and where I’d come from, before I went ahead and told them what had really brought me there. I explained all the key points I’d talked about in the community meetings. I explained that it was urgent and that their blood would be tested for various infections.

But I wasn’t sure if it would be enough. Blood donation was still a very new idea, and we were not going to offer any payment.

Immediately five of them followed me back to the hospital. I was a little shocked – this was the first group I’d spoken to, and I had convinced them!

They went through the screening process and one of the men had a health issue, so he wasn’t able to donate. But that worked out well because when he told his friends, it showed that we were serious about checking people’s health before taking their blood. The other four donated and they were fine.

As the medical team transfused the blood into the most critical patient, Arnold came to talk to me. “Dogara, how did you do it?”

He was so surprised I’d been able to find so many blood donors so fast. It felt fantastic. We were both really happy.

The patients in need were given the blood and to my utmost joy I learned that they later recovered and were soon back on their feet.

That was back in 2017. Since then, we’ve continued to work with the local community and things have changed a lot.

Those first donors helped us by giving testimonies, telling their communities that they were able to donate blood and were fine and doing good afterwards. Gradually people came to understand that giving blood wasn’t life-threatening, it wouldn’t make them sick or have any negative impact.

Now, blood donation is no longer such a big deal here. If a patient needs a transfusion, we explain the situation to their relatives, and they go home and mobilise people to come and donate. If we can’t get enough blood through the relatives, we have a pool of volunteer donors we can call. This is what health promotion can do.

We have lots more issues that we’re working on, but for blood donation the situation has really improved. It really gives us joy because we know it’s saving lives.

Nigeria With over 190 million inhabitants, Nigeria is the most populous country in Africa.

Nigeria also has one of the fastest-growing economies, which is based primarily on the petroleum industry. However, a decade-long conflict has devastated the northeast of the country. Thousands have been killed and nearly two million people have been uprooted since fighting broke out between the military and non-state armed groups.

Médecins Sans Frontières/Doctors Without Borders (MSF) has been responding to disease outbreaks and emergency health needs in Nigeria for many years, focusing on maternal and paediatric healthcare throughout the country and scaling up our activities in the northeast as vast numbers of people caught up in the conflict depend on aid to survive.