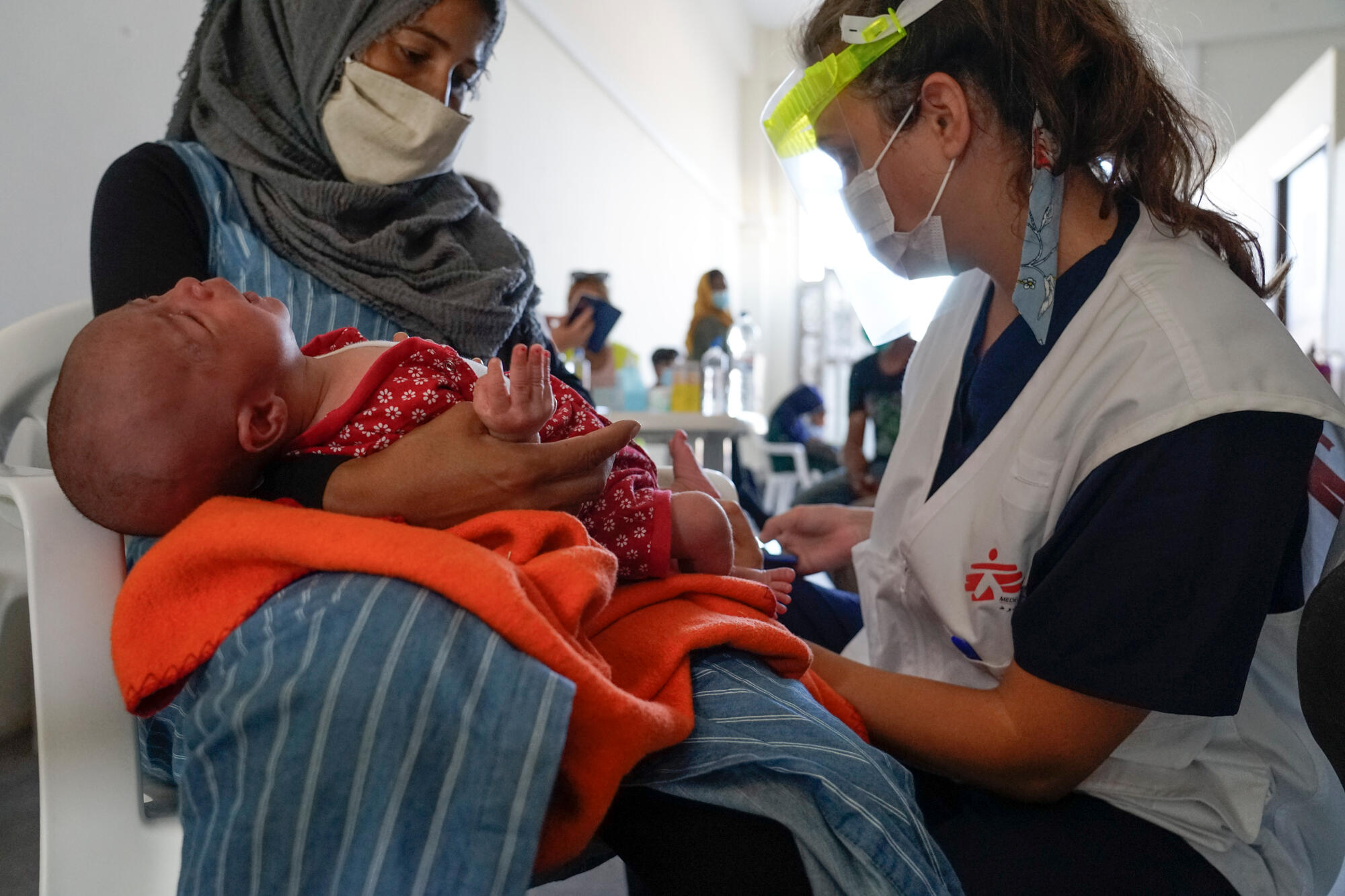 After fires on 9 and 10 September completely destroyed the infamous Moria reception centre on the Greek island of Lesbos, men, women and children are still sleeping on the streets without basic access to food, water, shelter and medical care.

While the Greek authorities are creating a new temporary camp on the island, tensions remain very high with people desperate to be moved off the island and the local population desperate for a resolution.

The majority of European leaders are saying that they will respond to this disaster with humanity, but so far only 400 unaccompanied minors have been offered homes by Germany and the Netherlands, while the UK has remained silent 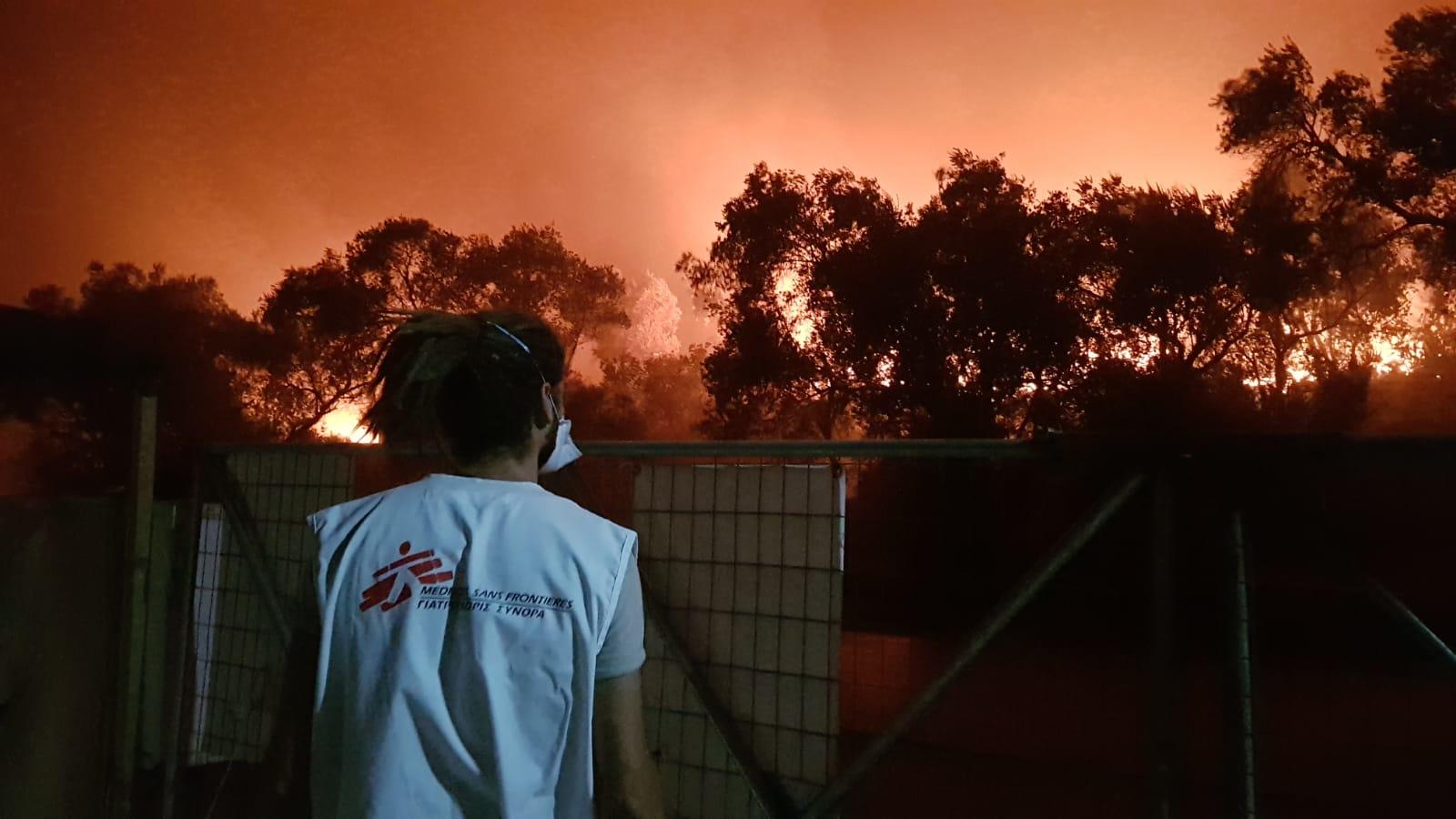 “A new camp will do nothing to solve the structural issues that have caused chaos and suffering on the Greek islands for years. People need safe accommodation on the mainland and in other European countries,” says Marco Sandrone, MSF coordinator in Lesbos.

“After moving 400 unaccompanied minors, the Greek government has made clear that no one else will leave the island. It is disappointing that their response is still more focused on restricting the movement of people rather than responding to peoples’ needs.”

MSF calls on the Greek authorities to act humanely and responsibly to enable the movement of people to safe accommodation on the Greek mainland and asks other European states to support in the rapid relocation of people.

“The majority of European leaders are saying that they will respond to this disaster with humanity, but so far only 400 unaccompanied minors have been offered homes by Germany and the Netherlands, while the UK has remained silent,” says Vickie Hawkins, executive director of MSF UK.

“The UK government must act to protect these vulnerable people who are now sleeping rough on Lesbos.

"After years of inaction, the situation on Moria has reached boiling point. The few legal routes for refugees within Europe to reach safety in the UK are closing as we leave the EU. The UK government must urgently commit to protect safe routes to the UK and play their part in offering sanctuary to those trapped on the Greek islands.” 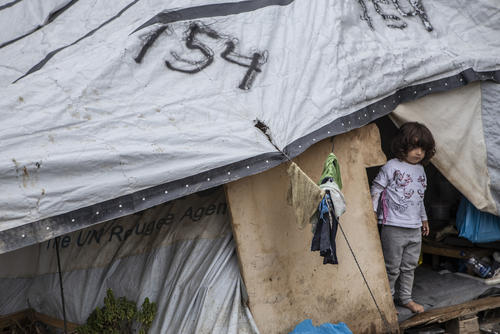 MSF has adapted activities to respond to the enormous needs following the fires. Our teams run a clinic inside Moria, as well as a new clinic in a warehouse close to where people are sleeping.

In the first two days since the disaster, our teams have treated 164 patients in these two clinics, including children and pregnant women.

Consultations have mostly concerned trauma injuries caused by accidents on the island. One ten-day-old baby was seen with symptoms related to the fires and tear gas.

More on our work in Greece >