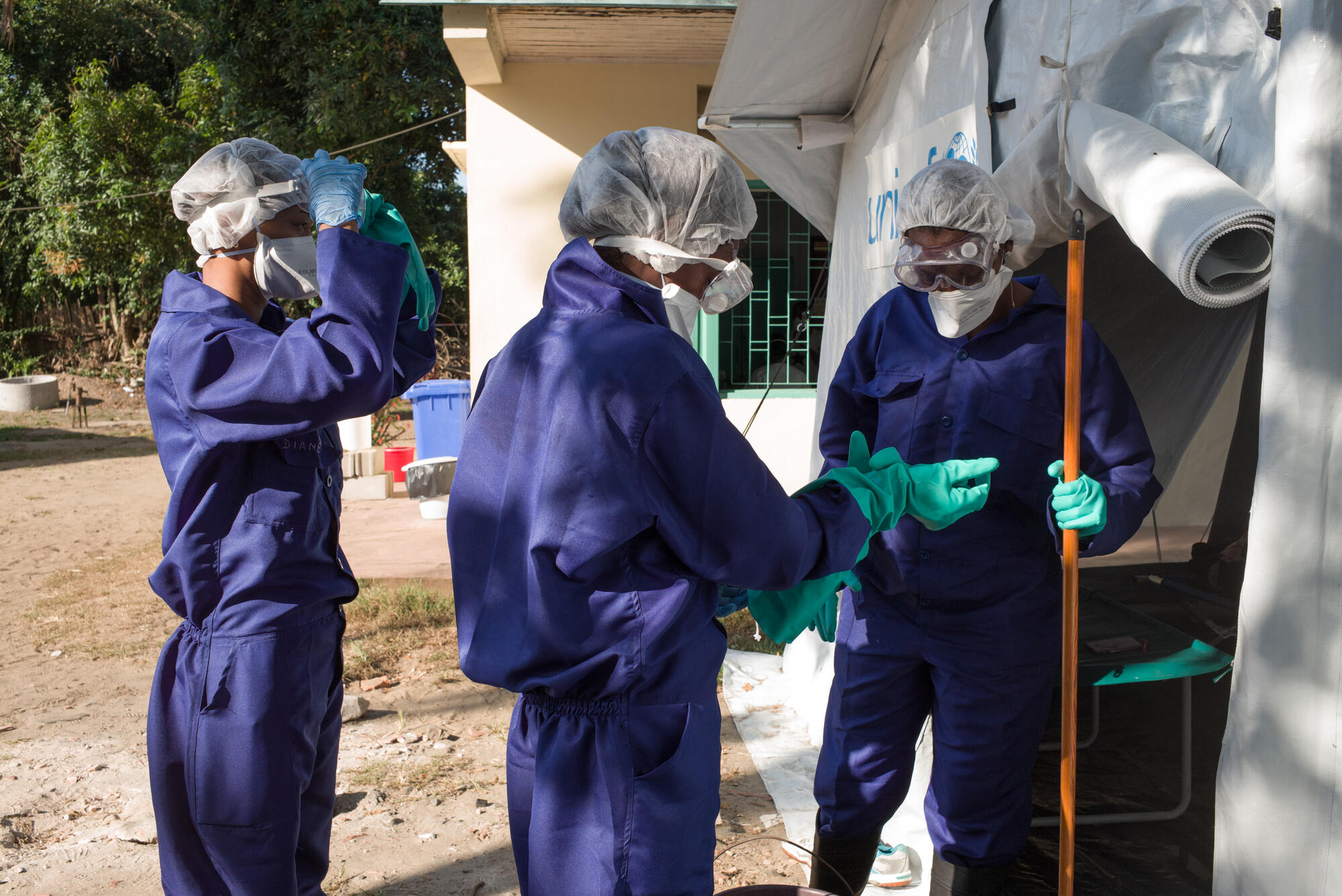 Caption
Staff clean and disinfect the tents where the plague-infected patients are housed.
© RIJASOLO/Riva Press

On Wednesday 18 October, Médecins Sans Frontières/Doctors Without Borders (MSF) began working with local authorities to tackle an outbreak of pneumonic plague in the port city of Tamatave on the east coast of Madagascar.

MSF’s international medical personnel are supporting staff from the Malagasy Ministry of Health to provide treatment to the patients currently being cared for in the plague triage and treatment centre.

The specialised centre was built earlier this week outside the city’s hospital by international partners, including MSF.

“The plague is understandably a scary disease, but quick, hands-on action can drastically lower the number of fatalities and bring the outbreak to an end,” says Luca Fontana, MSF water and sanitation specialist.

“Pneumonic plague is treatable and patients have a 100 percent chance of making a full recovery when treatment is started in time. Moreover, people at risk of infection can take prophylaxis treatments that will prevent them from falling ill. This is why MSF responded with concrete action to the Malagasy authorities’ call for support in Tamatave.”

Beyond treating the sick, MSF staff are helping local authorities to improve patient triage systems to quickly identify and isolate plague patients, as well as coordinating the ambulance system in Tamatave city. 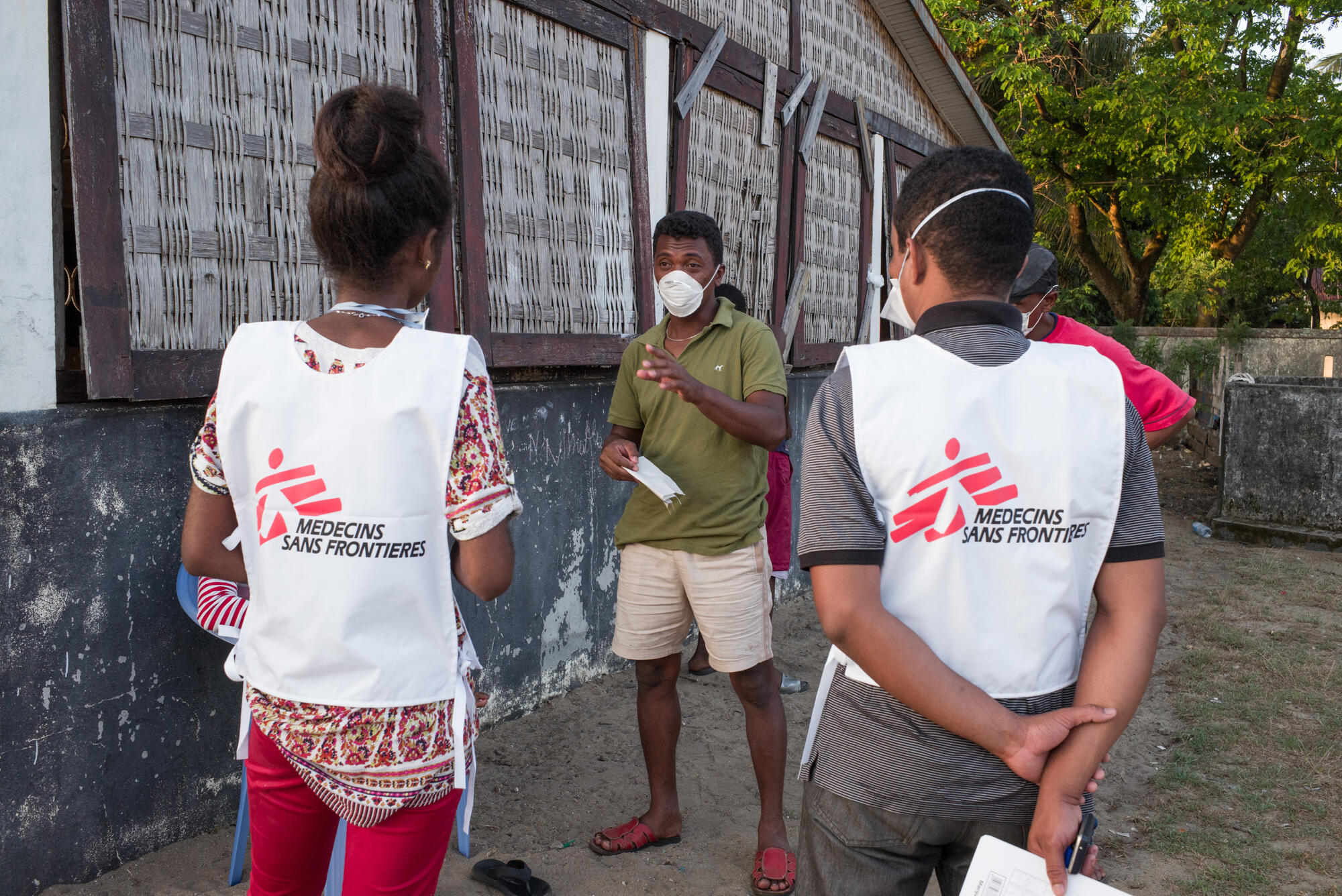 Caption
Local MSF staff talk with a patient at the health centre in Tamatave, where MSF is supporting the emergency response to a plague outbreak.
© RIJASOLO/Riva Press

Innocente, 33, is a doctor in Madagascar.

She was infected by the plague then treated and cured in the plague triage and treatment centre, where MSF is currently working in Tamatave.

“For five days, I was really tired; I had aches, headaches and chest pain. I thought I was suffering from angina.

“On 5 October, I had an alarming symptom: I started spitting blood. As I had done training about pneumonic plague with some colleagues, I went to Tamatave’s hospital to do some tests.

I’m feeling positive. I don’t want to live with this secret: I had the plague and I was cured.

"I was clearly a suspect case, and they then confirmed that I was infected by the plague. I got an injection and stayed at the hospital. My family panicked. From the second day, the symptoms began to disappear: swollen glands, headaches etc.

"As I was feeling better, I began to help the medical staff here even though I was still recovering. There were a lot of patients, a lot of plague cases in the first week of the epidemic.

"Now, it has slowed down. The medical staff told me to take two weeks off to rest. I don’t know if my family is ready for me to come back home.

"They say they are but I can feel that they’re still afraid of me. So I will stay away to leave my family in peace. I’m feeling positive. I don’t want to live with this secret: I had the plague and I was cured.” 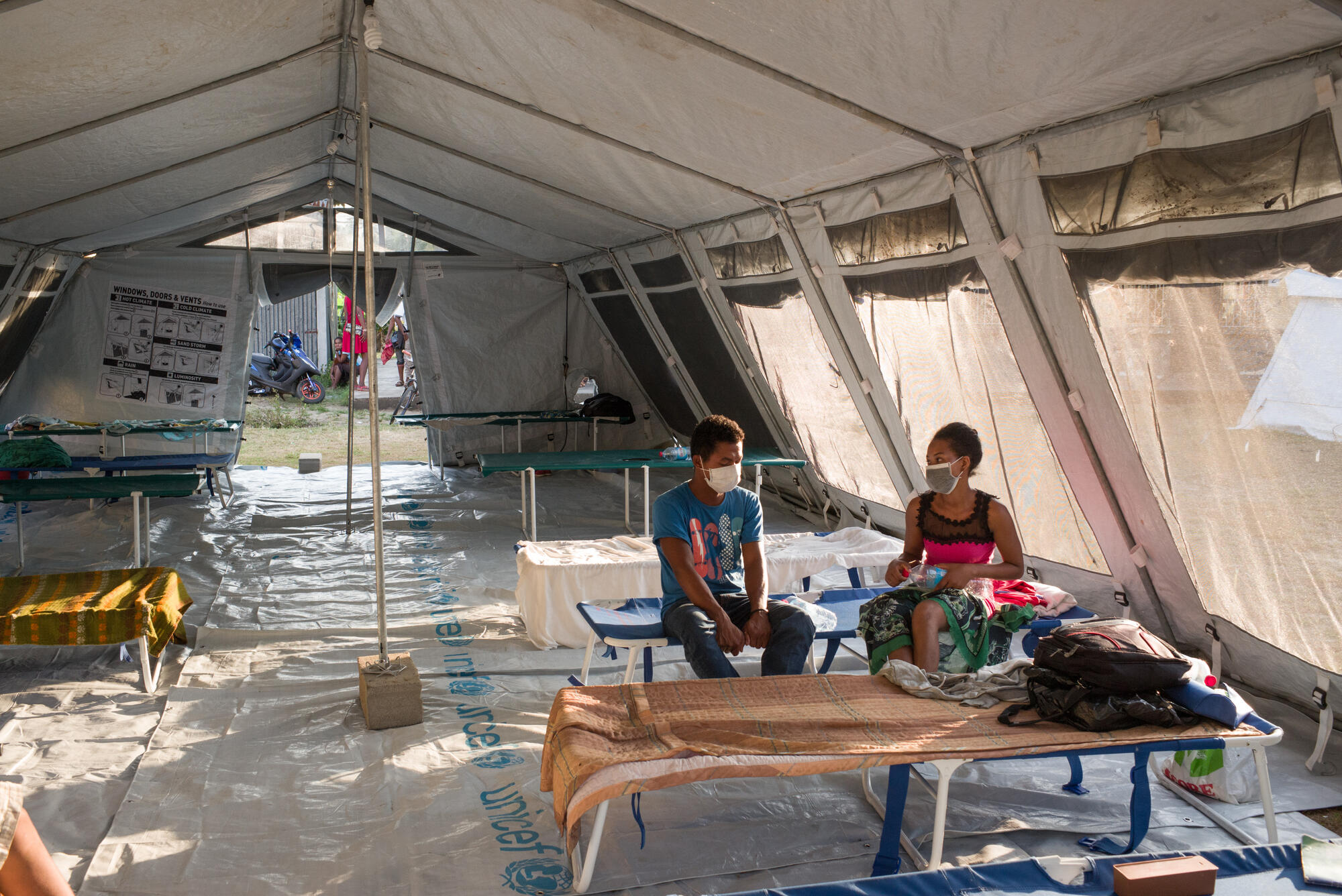 Caption
Patients affected by the plague are quarantined and housed in tents to prevent them from spreading the disease.
© RIJASOLO/Riva Press

MSF water and sanitation specialists, alongside local teams, are also involved in hygiene and disinfection protocols in the hospital and the community to mitigate the risk of the plague spreading further.

The port city of Tamatave, also known as Toamasina, is home of about 300,000 people and has one of the highest concentrations of cases of pneumonic plague in the country with 261 cases and 10 fatalities since the beginning of the outbreak.

While the bubonic plague is spread through infected fleas from common mammals, pulmonary plague is transmitted from human to human.

Madagascar records cases of bubonic plague every year in its highland plateaus, where the disease is carried by rats, but Tamatave city has no natural animal vector present and no regular cases of plague in recent years.

From 1 August to 17 October, according to official data, Madagascar had recorded a total of 1,032 cases of plague, including 695 cases of pulmonary plague, and 89 deaths.