Kabul hospital attack: "They came to kill the mothers"

Kabul hospital attack: "They came to kill the mothers" 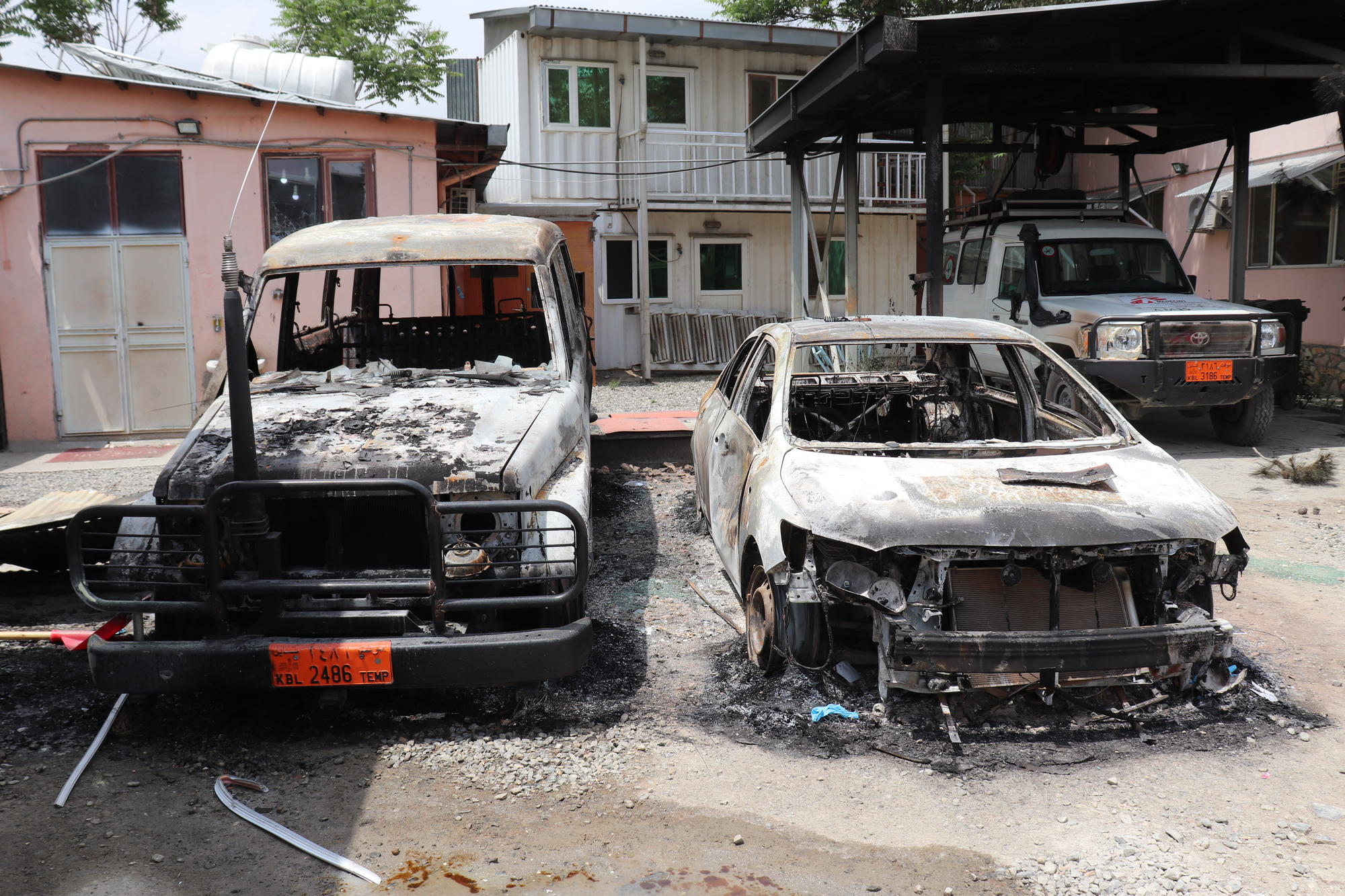 Caption
MSF cars were torched during the attack on Dasht-e-Barchi hospital in Kabul, 12 May.
© Frederic Bonnot/MSF

In the days following the attack on Dasht-e-Barchi hospital in Kabul, Afghanistan, it has become clear that what happened on 12 May was a deliberate assault on a maternity hospital with the purpose of killing mothers in cold blood.

“I went back in the day after the attack and what I saw in the maternity demonstrates it was a systematic shooting of the mothers,” says Frederic Bonnot, MSF’s head of programmes in Afghanistan.

“They went through the rooms in the maternity, shooting women in their beds. It was methodical. Walls sprayed with bullets, blood on the floors in the rooms, vehicles burnt out and windows shot through.”

Official numbers indicate that 24 people were killed and at least 20 more injured. Most of the victims were patients.

MSF has been supporting the facility for the past six years and can confirm that 26 mothers were admitted in the hospital at the time of the attack.

"They went through the rooms in the maternity, shooting women in their beds. It was methodical. Walls sprayed with bullets, blood on the floors in the rooms, vehicles burnt out and windows shot through."

While 10 of them managed to find shelter in safe rooms along with many health workers, not one of the 16 mothers who remained exposed to the attack was spared: 11 were killed, three of them in the delivery room with their unborn babies, and five others were injured.

Among the dead are two young boys and an Afghan midwife with MSF.

Two newborn babies were wounded, one of whom was transferred to another hospital for emergency surgery after being shot in the leg, as well as three local MSF staff.

The attackers, whose overall number is as yet unknown, stormed the hospital through the main gate just after 10 am.

There were other buildings and wards closer to the entrance, but according to MSF staff present at the moment of the attack, the assailants moved straight to the maternity ward supported by MSF. 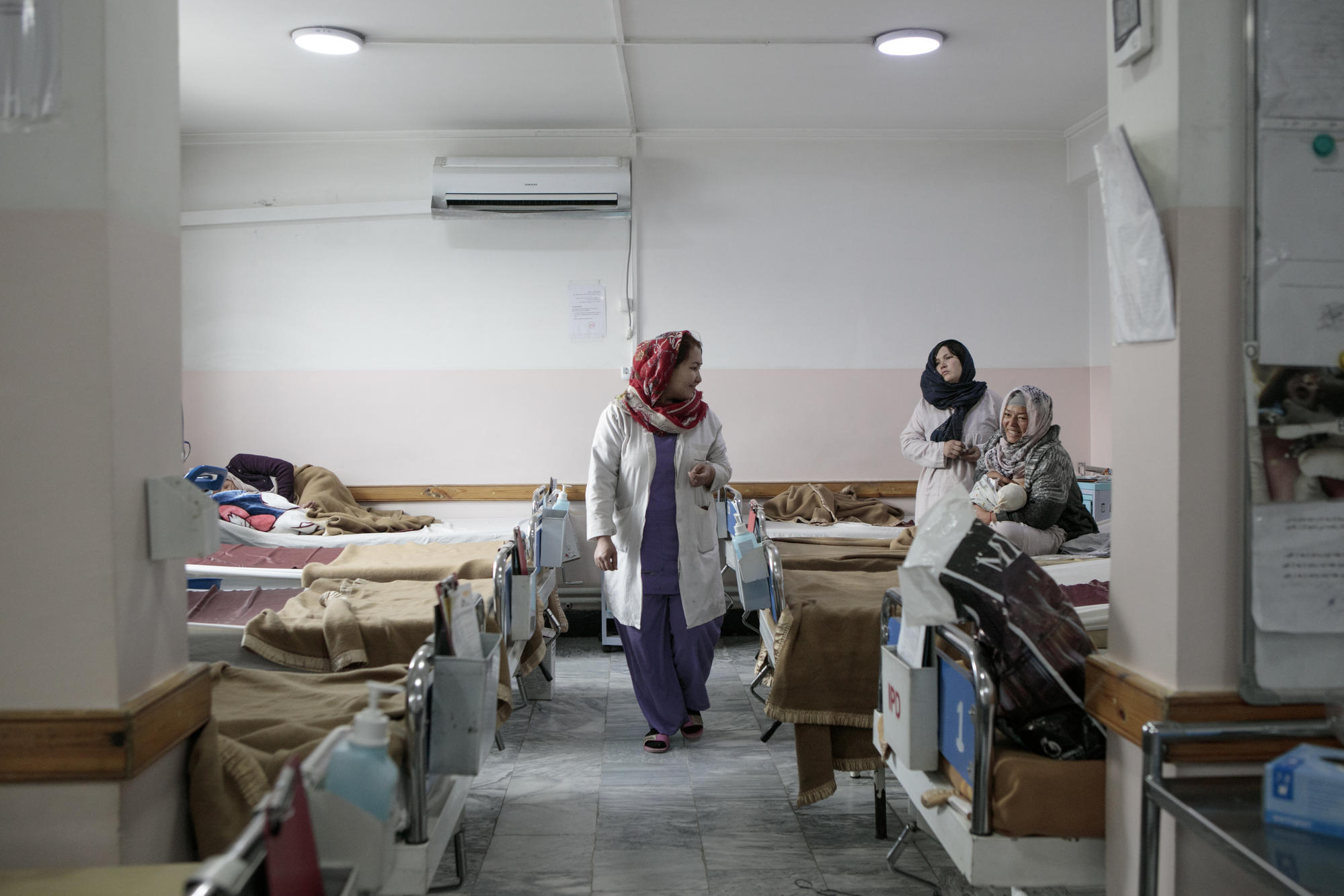 What ensued was four hours of hell – that is how long the attack lasted, while patients and staff alike looked for shelter.

“During the attack, from the safe room we heard shooting everywhere and explosions too,” says Frederic.

“It’s shocking. We know this area has suffered attacks in the past but no one could believe they would attack a maternity clinic. They came to kill the mothers.”

At the time of the attack, 102 MSF staff from Afghanistan were working alongside a handful of international staff.

In the chaos, accounting for the patients and staff present in the hospital became extremely difficult, as people were running for their safety and many others were hastily referred to other hospitals.

“This country is sadly used to seeing horrific events,” says Frederic. “But what happened on Tuesday is beyond words.”

MSF started working in Afghanistan in 1980 but were absent from the country between 2004 and 2009 after the killing of five staff in Badghis province. In 2019, MSF had seven projects in six provinces.

For our work in Afghanistan, MSF does not accept funding from any government. Instead, we rely entirely on donations from the public.