"I’m an MSF pharmacist and together, we save lives!"

"I’m an MSF pharmacist and together, we save lives!" 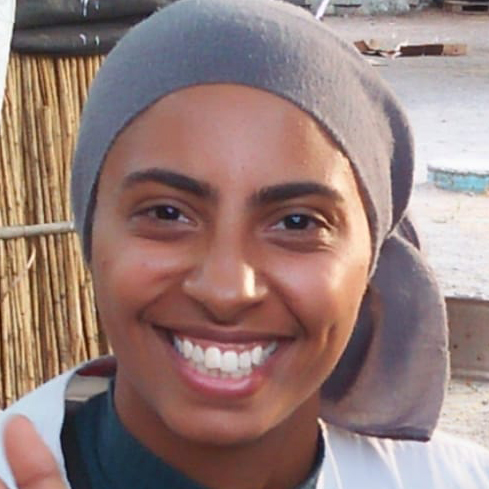 I’m a UK-qualified pharmacist currently working for the NHS. In August 2019, I embarked on a six-month posting to Old Fangak, South Sudan and worked as a project pharmacist in our MSF hospital.

A young boy is in a critical condition. He'll need life-saving medication, possibly for months. But in this remote location, securing medicines is no easy matter. Lamya blogs from South Sudan...

A call comes in on the radio from the ER doctor, “ER...ER for pharmacy”.

I hurry to answer the radio currently located on the dispensary table. The ER doctor wants to know how much medication we have in stock for a 15-year-old boy, Kor* with severe tetanus.

Tetanus is a serious condition caused by bacteria getting into a wound. In the UK, where I'm from, tetanus is relatively rare because we are vaccinated as children.

My mind rushes to calculate the amount of medication we have left in the pharmacy. It’s a daunting feeling knowing that we only have a few weeks supply of this medication given the logistical challenge of getting supplies to Old Fangak.

Old Fangak is located in a remote area in South Sudan; it's a swamp region where access to healthcare is extremely limited. It became a refuge for many people fleeing the civil war, and many of those people now rely on the MSF hospital here for medical care.

Patients like Kor with life-threatening conditions and their caregivers will often walk for several hours to reach the hospital by foot, as there are no roads in Old Fangak.

By air, by river, by foot

In Old Fangak, the medication is ordered internationally and takes up to seven months to arrive via our MSF plane.

The medication then has to be transported from the airstrip to our MSF boat by our incredible logistics team.

Naturally as a pharmacist who is used to two deliveries of medication daily in the UK, having to forecast and keep enough stock of life-saving medication in the field can be incredibly stressful.

I reply, “a few weeks with our usual consumption”.

The majority of items kept in the pharmacy will have a forecasted monthly consumption and this will be reviewed based on a number of factors including changes in medical activities and any guideline updates. A regular review of the forecast allows us to order the correct quantity of medication to support our patients in the hospital.

The ER doctor continues, “Kor will need more than a few weeks’ worth of medication”.

"When we see patients like Kor, we not only need the right medications, but a constant supply of them to help keep our patients alive..."

Each and every one

I tell the doctor that I'll immediately communicate Kor’s needs to our coordination team, to see if we're able to obtain an urgent donation from another MSF project.

This particular medication is the mainstay of treatment in tetanus. Our need for it is expected to increase drastically, more than had initially been forecasted.

I ask the doctor about the dosage of medication that Kor will need and I forecast how much is required based on this dosage. Being a pharmacist in the field requires you to know each and every one of your patients on an individual basis. You have to ensure that you have enough medication available to meet the clinical needs of all of them.

In Old Fangak, there can be delays in reception of the international order. Also, difficult weather conditions during the rainy season can often hamper access to the airstrip in Old Fangak, making it extremely difficult for the MSF plane to land with the flooding of the river.

Due to these challenges we work closely with teams in coordination and in the field to try to ensure that we have a minimum of two to three months stock of each item in our pharmacy.

When we see patients like Kor, we not only need the right medications, but a constant supply of them to help keep our patients alive.

Fast forward a few weeks to the present, and I watch Kor taking his first steps around the hospital with our excellent ER doctor. It’s an emotional sight that brings tears to many eyes. The community watch in awe.

I’m an MSF pharmacist and together, we save lives!

Our work in South Sud