How does conflict damage a nation's health?

How does conflict damage a nation's health? 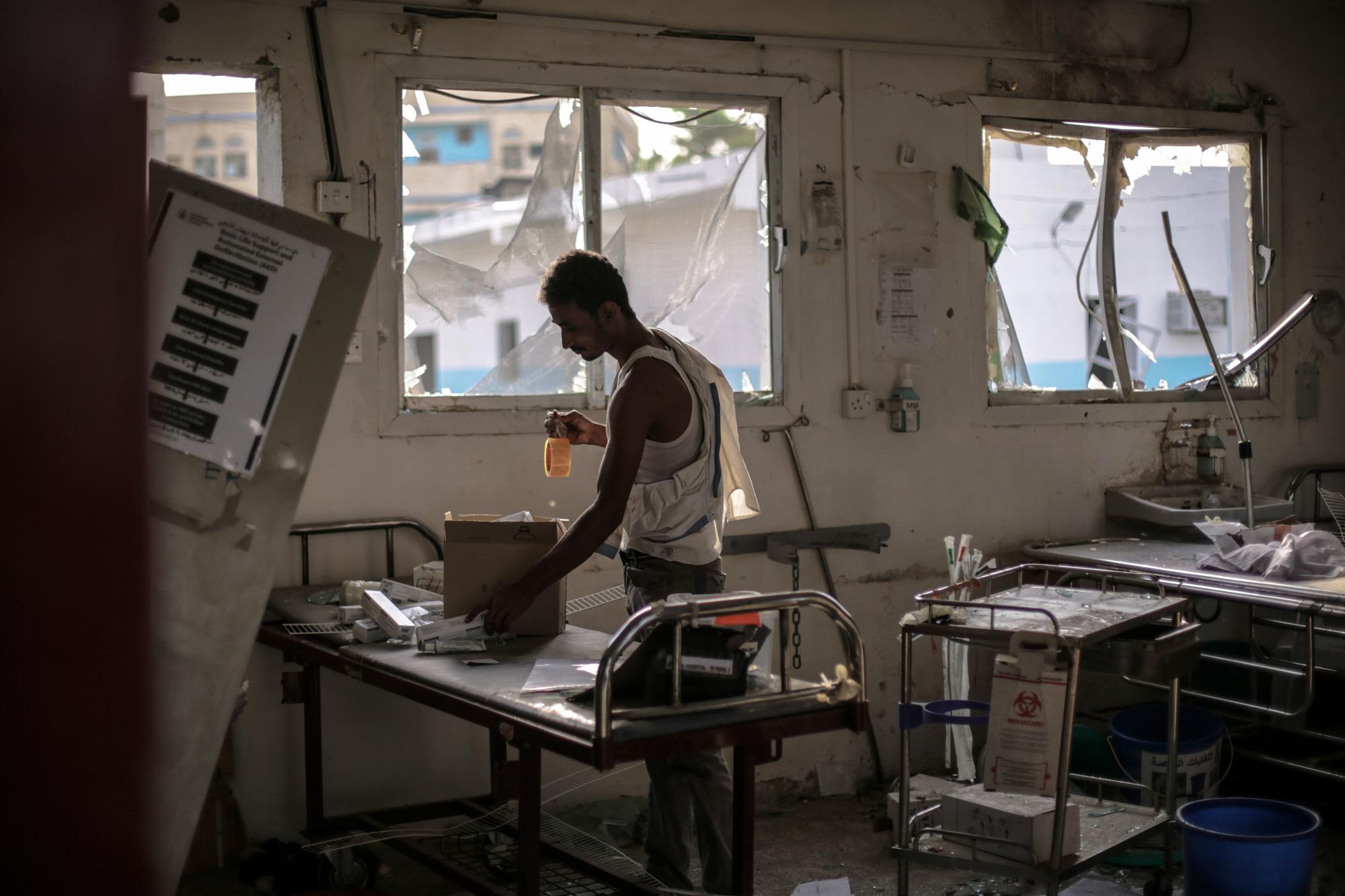 Caption
A hospital worker salvages the remains of the emergency room in Abs Hospital after the 2016 Saudi-led coalition airstrike, which killed 19.
© Rawan Shaif

As we mark a hundred years since the end of the world’s most deadly war, MSF doctors Sylvia Garry and Rosamund Southgate remind us of another centenary.

One hundred years ago, a deadly outbreak of flu spread across the UK and around the globe killing more people than both world wars combined.

The severity of the Spanish Flu outbreak wasn’t just bad luck or a coincidence, it was a consequence of the war.

In recent weeks the media has been awash with reports of increasing malnutrition rates in Yemen, a country that has endured three years of war.

In that time, Yemenis have also suffered from widespread outbreaks of cholera and diphtheria.

Conflict fractures families and communities. It separates people from their livelihoods and support networks. It prevents them from gaining education and employment.

War disrupts the infrastructure and systems that societies establish over time to keep their economies functioning, protect their populations, and ensure people’s wellbeing.

Healthcare, education and commerce all require buildings, a paid workforce, continuity of access, and resources like electricity and water.

Those of us who have cared for severely malnourished children have listened to the stories of mothers having to choose which child to feed.

Safe travel depends on reliable roads and available fuel. Access to food requires the space and security to grow it and the money to buy it.

When infrastructure and systems break down, the most vulnerable are left without resources or access to adequate food, especially the elderly, people with disabilities, and those with young children.

It is in these vulnerable individuals that we see the first signs of a malnutrition crisis.

Hunger as a result of war

The economic situation is clearly worsening in Yemen, but the country is not suffering from a shortage of food.

There is food in the markets. Its population is unable to purchase the food that is available due to a spiralling economy caused by the conflict and a blockade imposed on the country.

Purchasing power has collapsed, wheat flour costs almost 80 percent more than before the war and the price of petrol has risen by 130 percent.

It is not only Yemenis who are suffering the nutritional consequences of war. In the last year, people caught up in the conflicts in South Sudan, Syria and Nigeria have all been affected by food shortages. 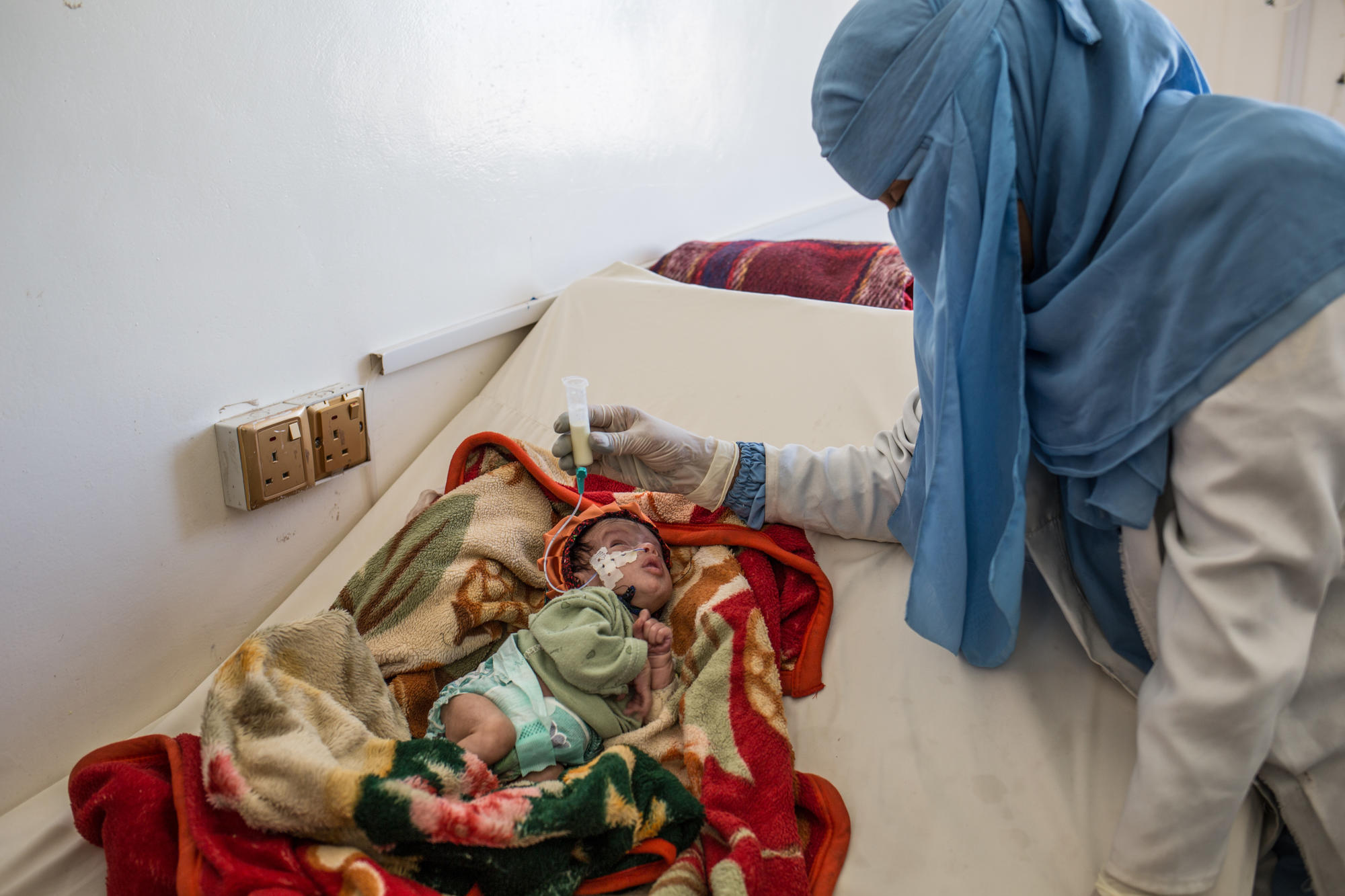 Caption
A mother with her severely malnourished child in Yemen.
© Agnes Varraine-Leca/MSF

In July 2017 the UN Special Rapporteur on the Right to Food, Hilal Elver, reported that around 20 million people have faced “devastating… food insecurity” as a result of conflicts.

In the past, we have seen hunger used as a weapon, through sieges and blockades, and in some cases contaminating or destroying food supplies.

The high-profile sieges during the Biafran conflict in the late 1960s created a humanitarian emergency and brought this tactic of war to the world’s attention.

Indeed it was this disaster that led to the creation of MSF almost 50 years ago. But using food as a weapon of war directly violates International Humanitarian Law, the ‘rules of war’ under which civilians, their homes and their food sources are protected.

Those of us who have cared for severely malnourished children have listened to the stories of mothers having to choose which child to feed.

We recognise the high‑pitched cry of hunger. Witnessing these scenes, seeing severe malnutrition first-hand, changes your view of the world. 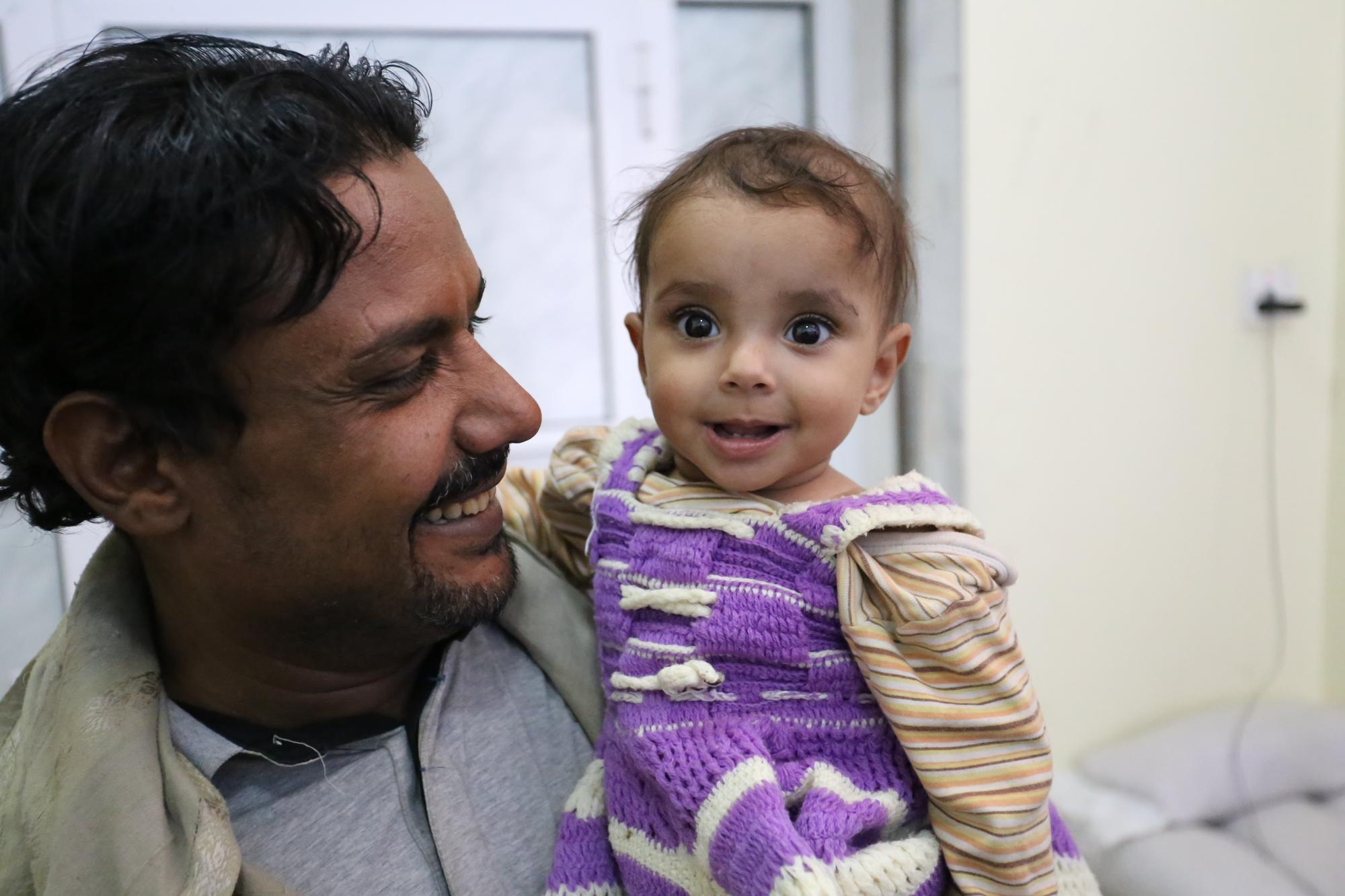 Caption
Khaled with his daughter Raghad, 10 months, at the ambulatory therapeutic feeding centre in the MSF Mother and Child Hospital in Al Houban, Taiz.
© Trygve Thorson/MSF

Humanitarian workers have been fighting for decades to save people on the brink, and yet we watch the situation in Yemen unfolding with a depressing inevitability.

As our country remembers the lives lost during and after the First World War, governments and individuals alike must recommit to protecting the most vulnerable from the public health emergencies that follow and yet are overshadowed by conflicts.

We must insist that hunger as a weapon of war is unacceptable.

We must insist that the vulnerable are protected. Malnutrition is preventable, and lack of food should not be a cause of suffering in the world we live in today.

Dr Sylvia Garry has worked across East Africa and Southeast Asia, and for MSF in Haiti, Ethiopia and South Sudan, where she managed the intensive care unit in an inpatient therapeutic feeding centre.

Dr Rosamund Southgate is a public health doctor for MSF and leads a team working on public health programming, epidemiology, and the use of technology and digital maps. She has worked for MSF in the Middle East, South Sudan and Sierra Leone.