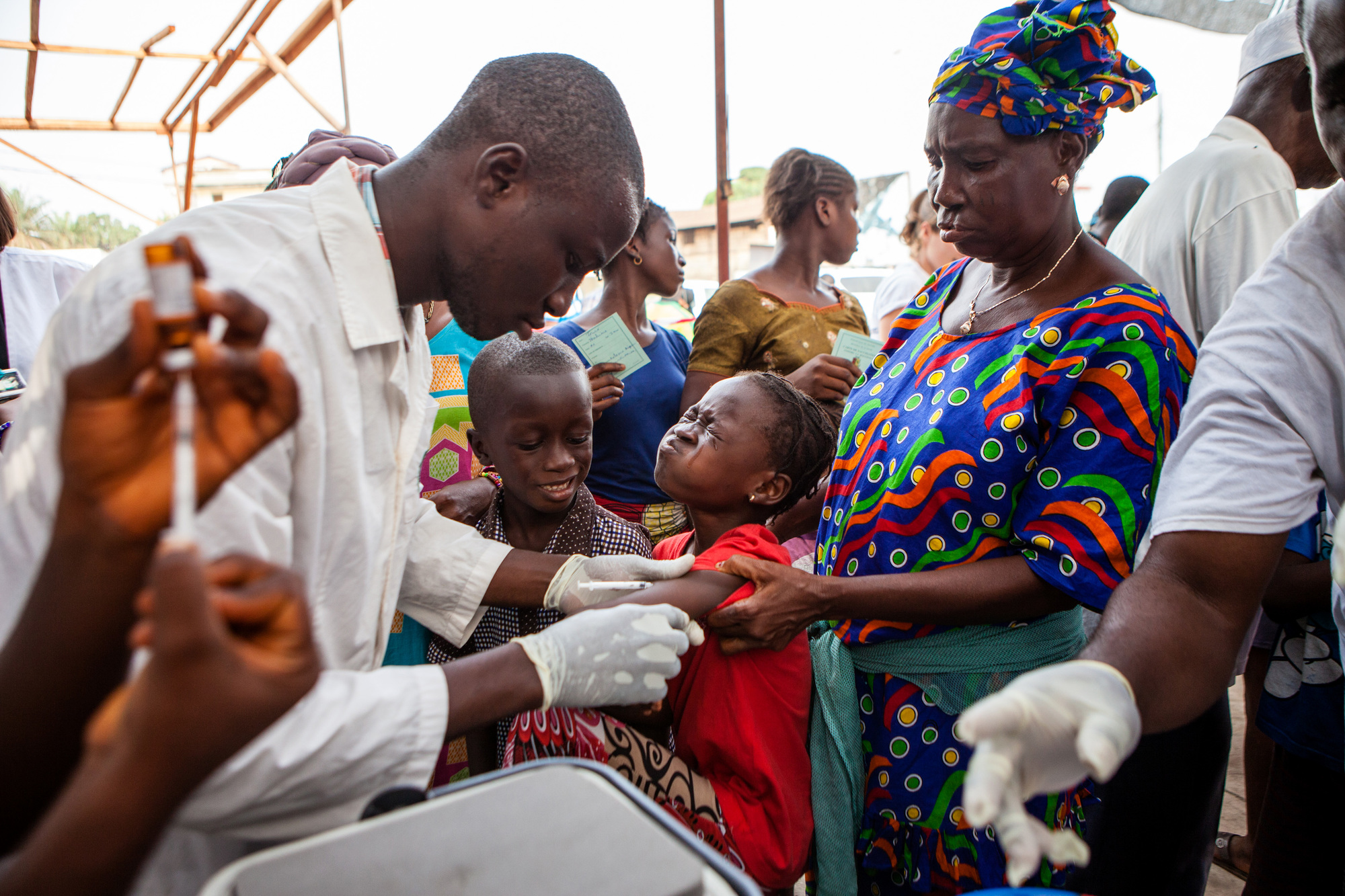 Caption
Children are vaccinated during the first day of a measles vaccination programme in Conakry, the capital of Guinea.
© Markel Redondo

The following account by Ibrahim Dialo, MSF's country manager in Guinea, explains how the campaign unfolded.

Supporting the Ministry of Health, we mobilised 126 teams of 13 people to 164 vaccination sites throughout the capital, including on some small islands off the coast.

Based on this new figure, we estimate having reached 94.7 percent of our target. This really good result is to be confirmed by an independent study.

The impact of measles in Guinea

Since the declaration of the measles epidemic on 8 February 2017, 3,906 measles cases have been confirmed, resulting in 20 deaths.

This is made all the worse considering measles can easily be avoided with the vaccine.

In Conakry, MSF supported 30 health centers in the management of mild measles cases, including the Nongo hospital. Here, the most severe cases were hospitalised. 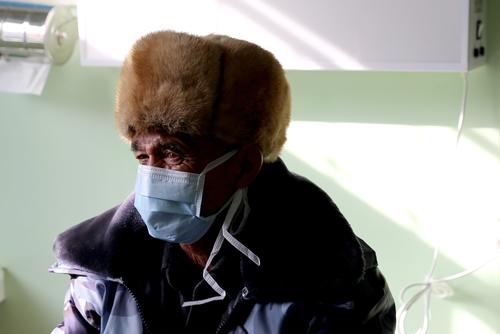 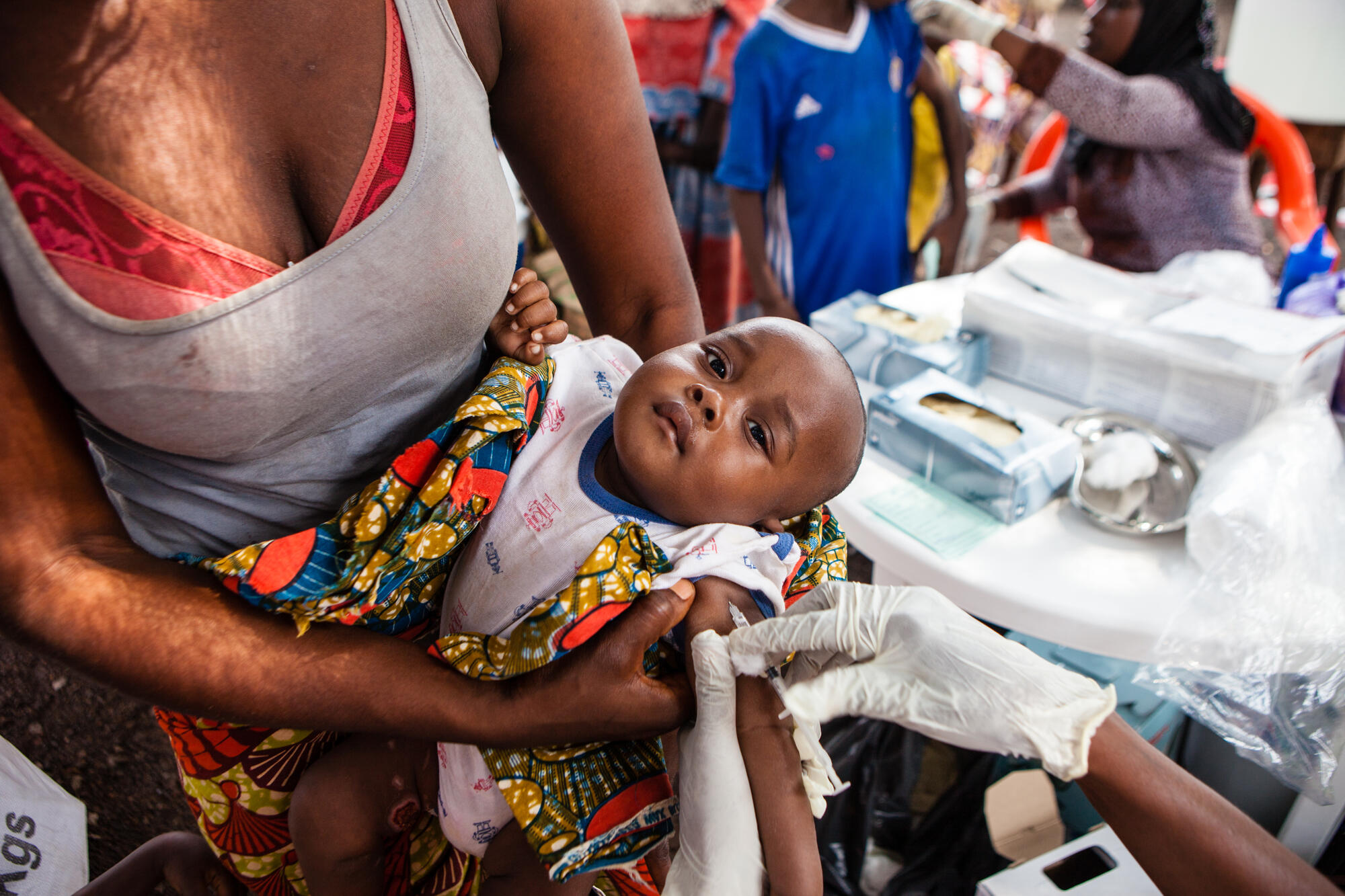 Caption
A toddler is vaccinated against measles in Conakry, Guinea.
© Markel Redondo

So far 5,004 children have been treated at these centres and 42 have been hospitalised.

This is considered a relatively low number considering how much the measles epidemic had already spread.

Our post-vaccination study will tell us how well the population is protected now. It might also tell us if a lot of cases did not consult us or possibly died at home, which would mean that people's access to care was a problem.

One year ago, there was a similar mass measles vaccination campaign in Conakry. Considering this, the large majority of children in Guinea's capital should have received the full two doses of vaccines needed to be optimally protected.

The Guinean government will soon be launching a vaccination campaign in the rest of the country (except for Nzérékoré, where the NGO ALIMA has already vaccinated the population). 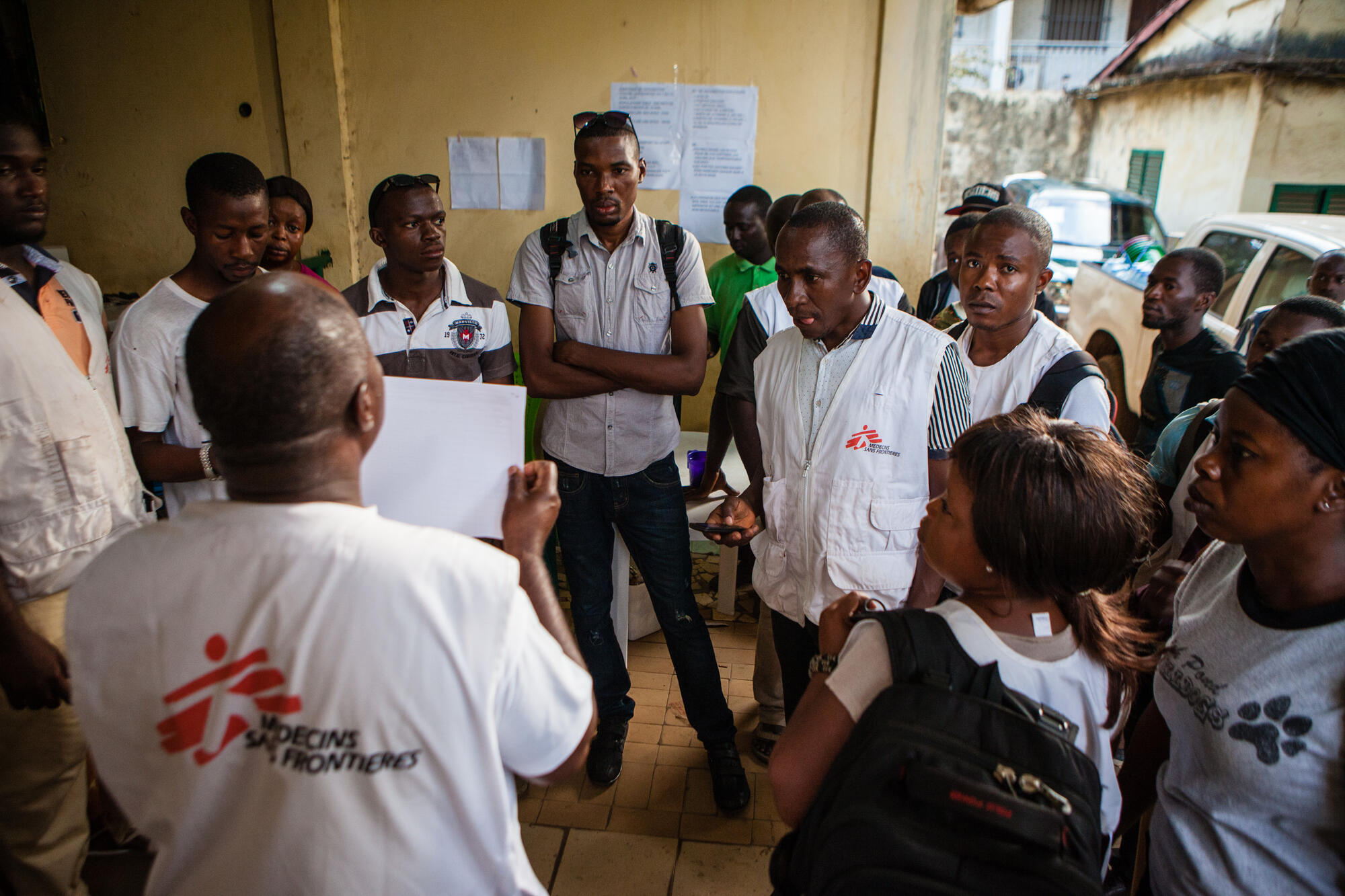 However, the most important thing to do is to improve the routine vaccination programmes in Guinea: Every child should be vaccinated when they reach a certain age in their local health center. This model is seen widely in developed countries.

When routine vaccination programs work well, there is no need for expensive, logistically difficult catch-up campaigns.

Fixing routine vaccination programmes is easier said than done, however.

It would require strong backing from international partners, especially in Guinea, where the perennially weak health system is still reeling from the devastating Ebola epidemic."

Measles is one of the leading causes of death among young children.

It is a highly contagious viral disease. A safe and effective vaccine has existed since the 1960s but outbreaks still occur due to ineffective or insufficient immunisation programmes.

While global measles deaths have decreased by 73 percent worldwide in recent years – from 536,000 in 2000 to 142,000 in 2018 (according to the World Health Organisation) – measles is still common in many developing countries, particularly in parts of Africa and Asia.

In 2019, MSF teams provided 1,320,100 vaccinations against measles in response to an outbreak.