Coronavirus explainer: What we know about COVID-19 so far

Coronavirus explainer: What we know about COVID-19 so far 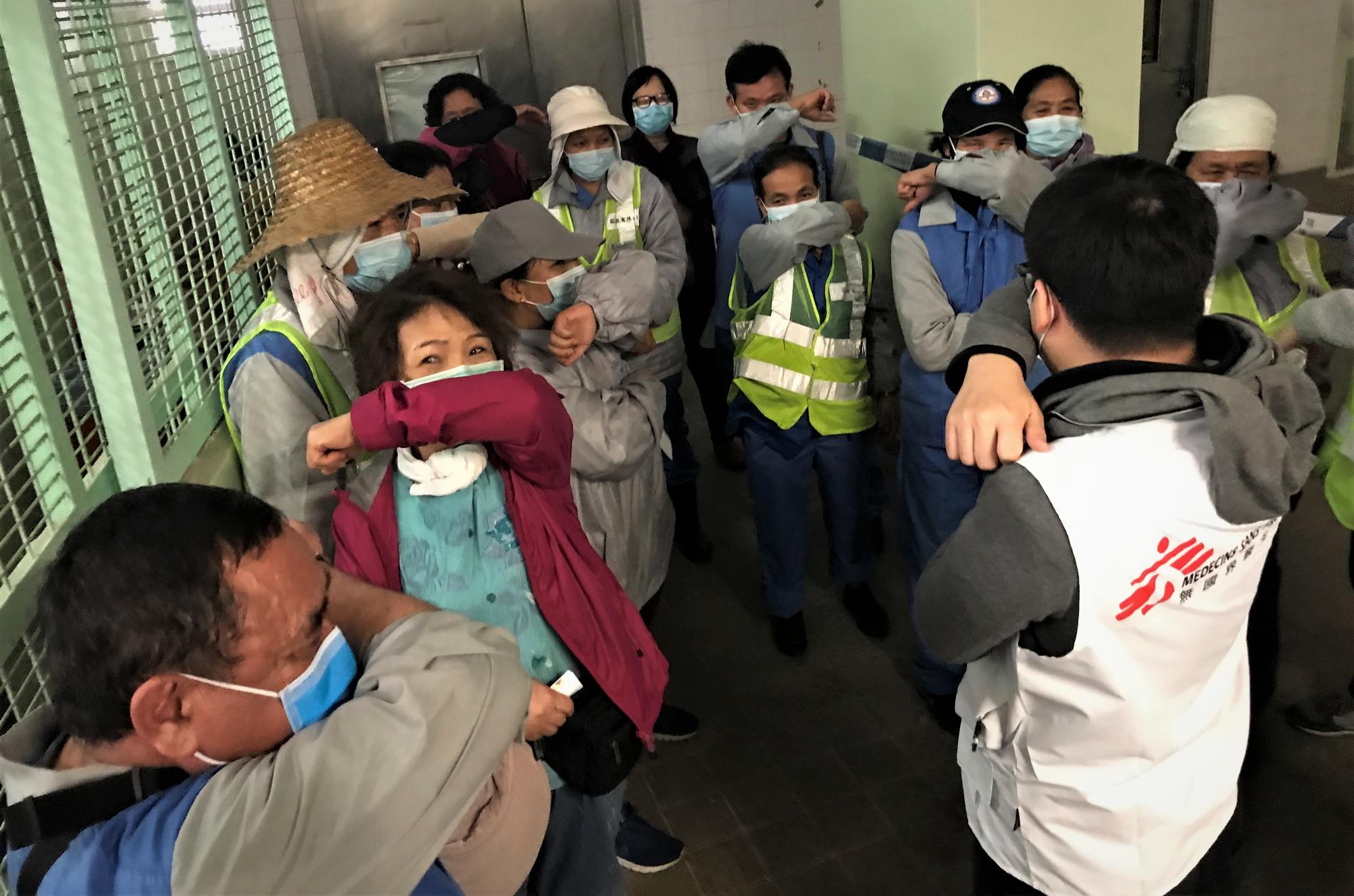 MSF has begun an initial response to the new coronavirus outbreak (COVID-19).

As of 16 February, there were 51,857 confirmed cases of COVID-19 worldwide, according to the World Health Organization.

Ninety-eight percent of cases are in mainland China.

In England, nine people have tested positive for COVID-19, with a total of 3,109 people tested as of 16 February.

Based on the World Health Organization’s declaration that this is a public health emergency of international concern, the UK Chief Medical Officers have raised the risk to the public from low to moderate.

The government has also launched a UK-wide public information campaign to advise the public on how to slow the spread of coronavirus and reduce the impact on NHS services.

How is MSF responding to the outbreak?

MSF has sent medical supplies to Wuhan Jinyintan Hospital in the capital city of Hubei province, China, the epicentre of the current coronavirus COVID-19 outbreak.

In Hong Kong, an MSF team is delivering health education to people who are less likely to have access to important medical information, such as street cleaners, refugees and asylum-seekers.

They are also targeting those who are more vulnerable to becoming severely ill if infected, such as the elderly.

In other countries where MSF is working, teams are preparing in case of an outbreak of COVID-19.

In several countries, predominantly in south and southeast Asia, MSF is in contact with local health authorities and has offered support should it be needed. T

his includes training health workers on infection prevention and control measures, and health education for vulnerable and at-risk groups, similar to MSF’s activities in 2003 during the outbreak of Severe Acute Respiratory Syndrome (SARS), caused by a related type of coronavirus.

This is what we do and don't know about the new coronavirus...

What is the new coronavirus disease?

The disease called COVID-19 (short for "coronavirus disease") is caused by a virus discovered in early January in China, which has been identified as a member of the family of coronaviruses.

COVID-19 seems to be transmitted through droplets spread by coughing.

The virus affects the respiratory system. The main symptoms include general weakness and fever; coughing; and in later stages sometimes pneumonia and difficulty breathing.

What is known about the virus?

The virus identified in early January by Chinese scientists is now called SARS-CoV-2 because of its similarities to the virus that causes Severe Acute Respiratory Syndrome (SARS). The name of the disease caused by this new virus is COVID-19.

The coronaviruses are a large family of viruses, most of which are harmless to humans.

Four types are known to cause colds, while two other types can cause severe lung infections (SARS and MERS), similar to COVID-19.

Like all viruses, SARS-CoV-2 needs the cells of living beings to multiply. This virus seems to target cells in the lungs and possibly other cells in the respiratory system too.

Cells infected by the virus will produce more virus particles, which can then spread to other people, by coughing for instance.

How dangerous is COVID-19?

Our understanding of the virus and the disease is still evolving. Many people infected with the virus will not be very sick. It is even possible that some people don’t get sick at all.

The latest estimates are that 82 percent of the people who are infected will only suffer from a mild form of the disease. Fifteen percent will develop moderate symptoms and three percent will be severely ill.

The disease seems more dangerous for elderly people or people suffering from other infections or ailments, as often is the case with infectious diseases.

More than 80 percent of the people who have died of COVID-19 were over 60-years-old. Seventy-five percent had underlying medical conditions.

The mortality rate in Wuhan (4.9 percent) is higher than the rest of China (2.1 percent). Outside China, it’s even lower at 0.2 percent. It’s not fully understood why mortality varies between places.

But as the epidemic evolves, these figures can still change.

How contagious is the disease?

The virus can be spread by infected people coughing.

It's possible that the virus can also be spread by infected people who show no symptoms. But if this is the case, it will only be a small number of infections. The same goes for the stool of infected people.

This virus has already spread widely, with 51,857 laboratory-confirmed cases, 98 percent of which are in China.

But how efficiently the virus is transmitted from one person to another is not fully understood yet. This means it is very difficult to make forecasts about how it will spread.

What is the link to SARS and MERS?

They are caused by viruses (SARS-CoV and MERS-CoV, respectively) that, like SARS-CoV-2, are also members of the coronavirus family.

SARS was discovered in 2002 in mainland China and spread to several other countries. More than 8,000 people fell sick and 774 people died.

During the outbreak, MSF intervened in mainland China, Hong Kong and Vietnam. Since 2004, no new cases of SARS have been recorded.

MERS was discovered in 2012 when an epidemic started in Saudi Arabia. Since then, nearly 2,500 cases have been reported and more than 800 people have died.

New cases are occasionally reported, primarily in Middle Eastern countries. MSF has not intervened for outbreaks of MERS.

What can be done to respond to the outbreak?

For now, the health authorities in affected countries are leading the response efforts, including diagnosis of COVID-19, patient care, contact tracing (i.e. following up with people who have been in contact with a person who has tested positive for the virus) and investigations into a better understanding of the disease.

Since it is a new virus, there is currently not a vaccine or specific treatment. Clinical trials for several antiviral drugs are ongoing in China.

MSF teams have developed materials like the illustration above as part of our health promotion work for vulnerable groups in Hong Kong.

Public awareness of the virus and enhanced prevention measures such as these are key components for preventing the spread of the virus.

How can I prevent myself from being infected?

It's important to remember that while Public Health England has issued advice for people travelling to and from China and other specified areas, the number of cases in the UK remains extremely low.

However, there are some simple steps we can all take to reduce the spread of viruses that affect the respiratory system.

These viruses enter the human body through the mouth or nose. This can happen by breathing in infected droplets, or by touching an infected surface with your hands then later touching your mouth and nose.

This means that simple infection control measures, such as hand-washing and cough and sneeze etiquette, are effective and important for prevention.

Hand hygiene is paramount, so wash your hands often with soap and water. Use enough soap and make sure all parts of both your hands are washed. Spend at least 20 seconds washing your hands. If there’s no visible dirt on your hands, an alcohol-based gel is also a good option.

If you cough or sneeze, cover your mouth and nose with a tissue, or with the inside of your elbow. Put used tissues in the bin immediately, and wash your hands.