Chad: Tackling malnutrition in Am Timan

Chad: Tackling malnutrition in Am Timan 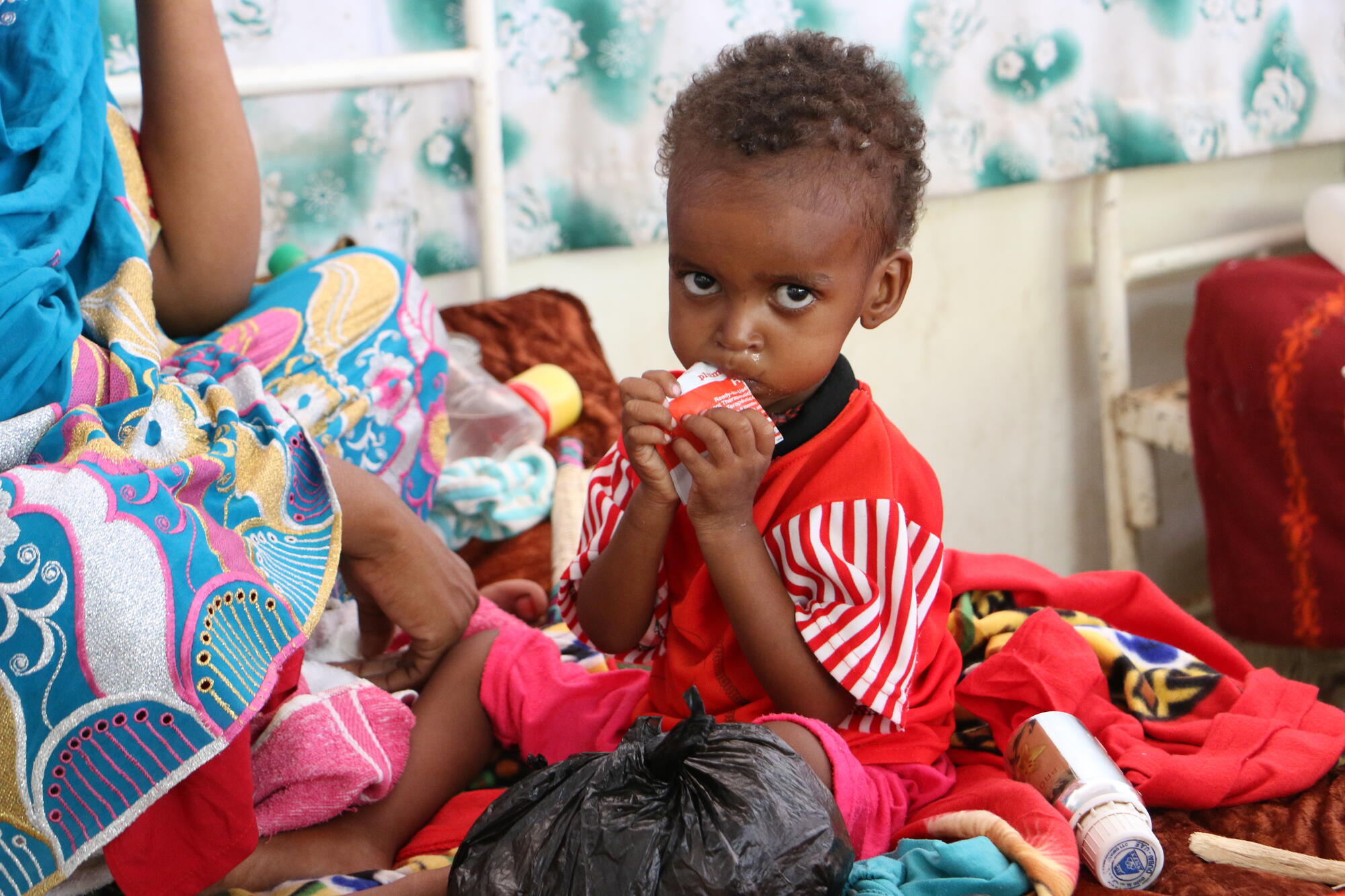 Caption
A child affected by severe malnutrition is treated in the therapeutic nutrition centre (CNT), in the MSF-supported Am Timan hospital.
© MSF

It’s 7:30 in the morning, and the clouds in the sky are holding back the heat, but soon it will rise, forcing people under the trees to find a moment of relief in the shade.

The day in Am Timan, in the east of Chad, starts early. Am Timan hospital, which MSF has worked in since 2006, is already bustling with people. A chorus of babies’ wails echo out from the paediatric ward at the hospital; the first sign that the little patients are all awake.

Dr Yannick Tsomkeng, an MSF doctor who is working at Am Timan Hospital, starts his medical consultations in the therapeutic feeding unit, within the pediatric ward.

"Children arrive in critical health conditions, so compromised that often it’s too late to save them and they pass away during the next 24 hours after their hospitalisation. Here they’re the first victims of the lack of food, poverty and dangerous nutritional habits,” Yannick says.

"At the beginning of the month, the therapeutic feeding centre had already exceeded its capacity. In the last week, 46 severely malnourished children, all suffering from medical complications, have been hospitalised," Yannick adds.

By May, the nutritional feeding centre (CNT), run by MSF, was already over its capacity of 60 beds with 325 malnourished children admitted in that month alone.

It’s expected that this number will only increase over the coming months. But despite the high numbers of children requiring treatment, and the strains on medical staff, this crisis is not unexpected nor is it the first time the region has been hit by such worrying levels of undernourished children.

From May to September each year, hundreds of thousands of people in Chad and in the entire Sahel region endure extreme food insecurity due to the lean period, a result of the dry season coupled with low food stocks. A recurrent nutritional crisis has just started in the Salamat region, and has spread to other regions of the country. 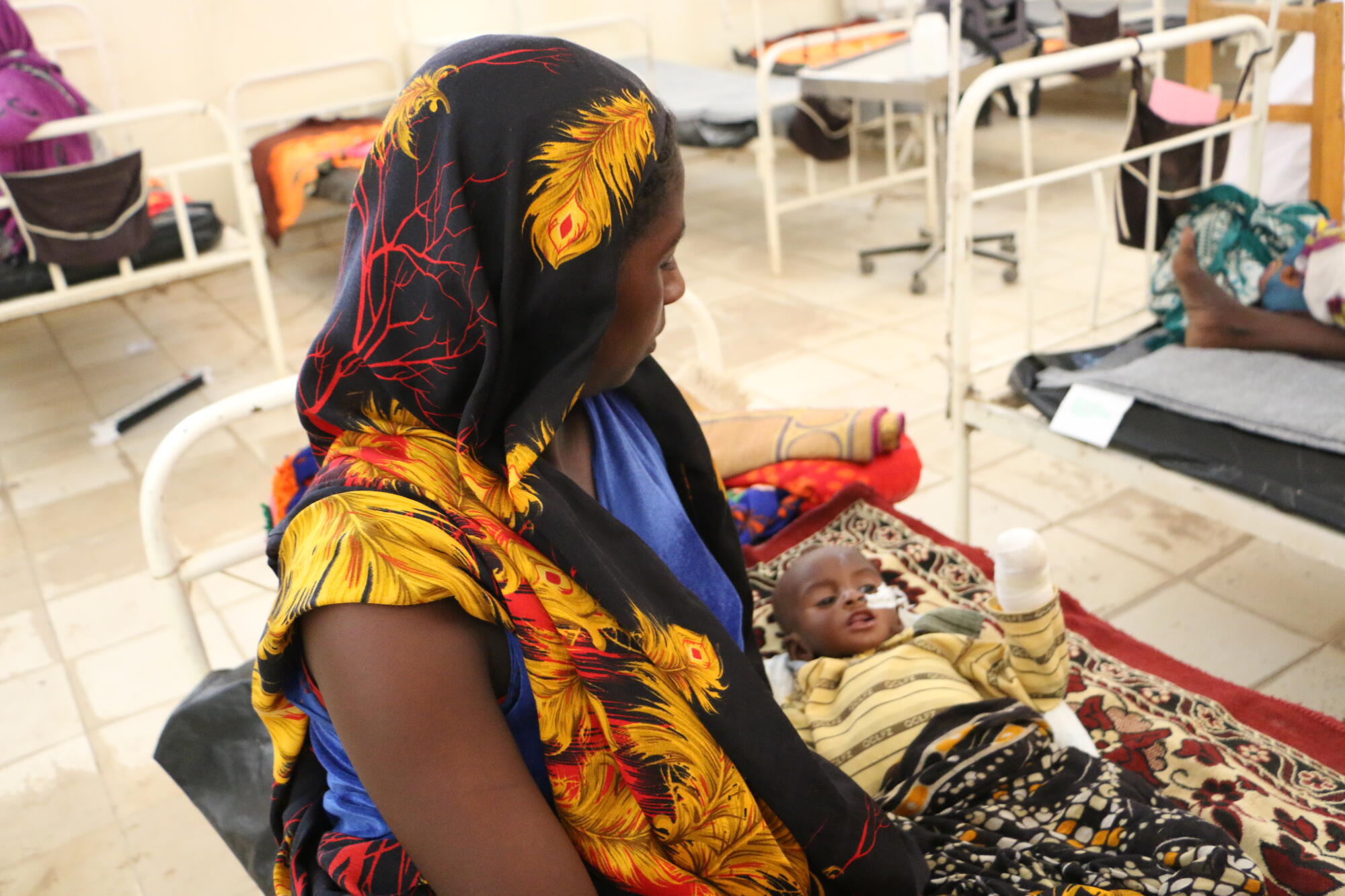 Caption
Fanna, 19, holds Moussa, eight months old. Moussa has been admitted to the CNT due to severe malnutrition and complications.
© MSF

Fanna, 19 years old, sits on a bed in the nutritional centre with her baby. She struggles to feed her three children. “My boy was sick. He couldn’t eat at all, he kept on vomiting. After four days he was so weak that he couldn’t react and I decided to bring him to the hospital.

"It’s hard to stay in the hospital for several days, when there’s no one who can look after the other children,” Fanna says, holding Moussa.

Moussa doesn’t complain, although his feeding tube that seems so big on his gaunt face. He’s too feeble event to cry. He stares at people around him, with his big brown eyes, in pain. He has been hospitalised due to severe malnutrition and complications.

“I knew there was a nutritional program in the hospital because my oldest daughter has been hospitalised before because she was malnourished. We eat once per day, the food is never enough so my children get often sick. And now it’s even worse, since the harvest is over,” she says.

This food emergency is the result of several factors. Inadequate nutritional practices, climate change, difficult access to land and drinking water, and the poor education and fragile health systems in a country which is already in the midst of a deep economic crisis.

In 2017, the nutritional situation deteriorated significantly and the lean season arrived early, throwing nearly 900,000 people into severe food insecurity (according to the United Nations Office for the Coordination of Humanitarian Affairs).

Twelve of the 23 regions have now been declared in a ‘nutritional emergency’ and the prevalence of severe acute malnutrition (SAM) has exceeded the emergency threshold by 2 percent in 15 regions. In a country with the sixth highest child mortality rate in the world, the first victims of this cyclical nutritional crisis are inevitably the most vulnerable: children below the age of five.

In Chad, malnutrition is one of the main causes of child mortality and one child in seven dies before her or his fifth birthday (source the United Nations Office for the Coordination of Humanitarian Affairs). 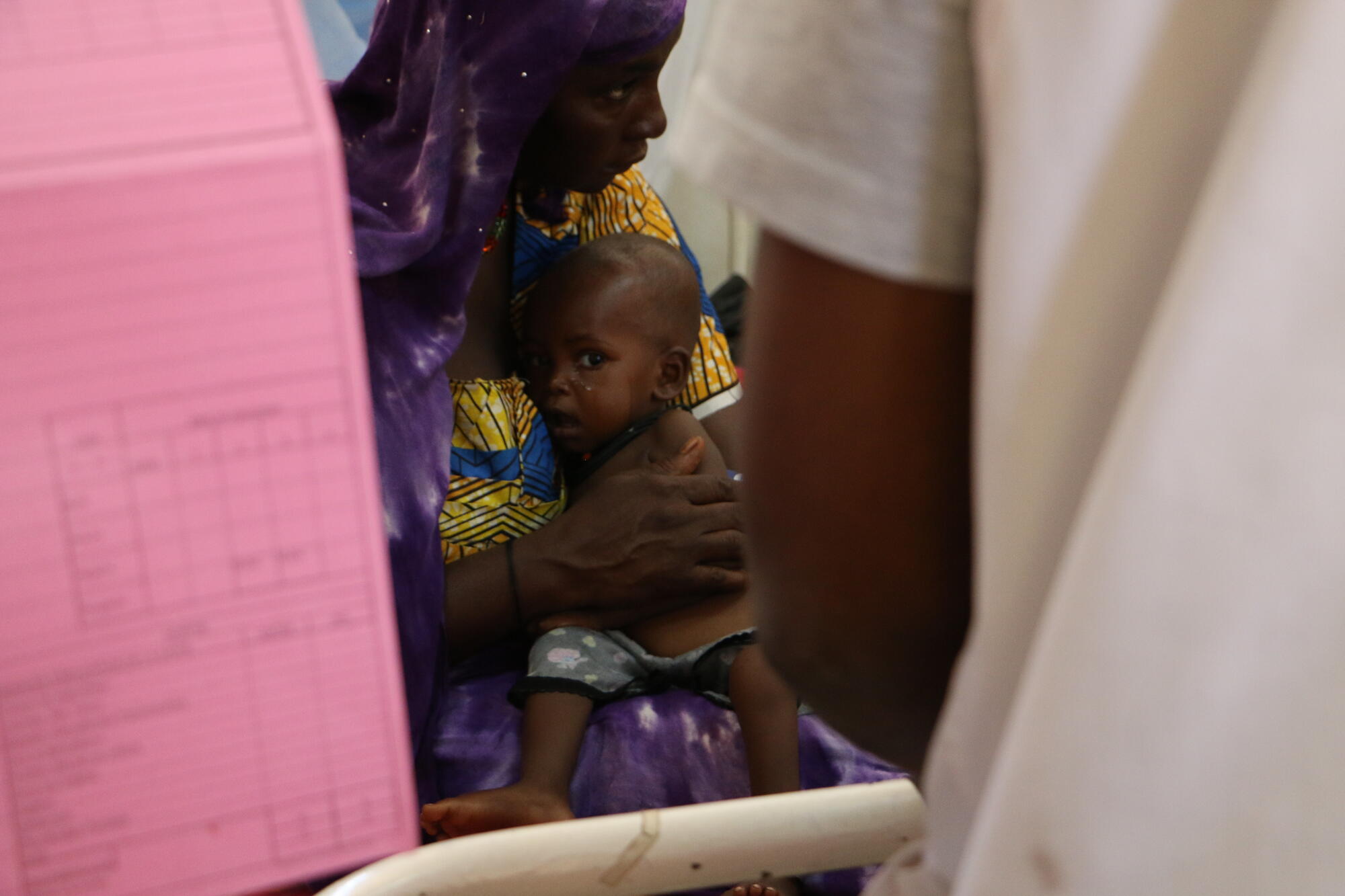 Caption
A child affected by severe malnutrition is treated in the CNT.
© MSF

In order to combat these high mortality rates, in the nutritional feeding centre in Am Timan hospital, during their treatment patients receive special food, in order to recover their appetite and responsiveness.

They’re fed with therapeutic milk containing sugar, oil, minerals and vitamins and with a high-protein peanut paste fortified with vitamins and minerals.

The children admitted to this programme have very low weight for their height and severe muscle wasting. They may also have nutritional oedema – characterised by swollen feet, face and limbs. The hope is that they can be discharged when they’re able to eat again, without medical assistance.

When they finally reach a stable level of health, MSF teams also combine medical treatments with a daily session of cognitive stimulation. Severely malnourished children may have a mental and behavioural developmental delay that, if left untreated, can become the most serious lasting consequence of malnutrition.

Emotional and physical stimulation through play can significantly reduce the risk of mental deficiency and irreversible effects of prolonged malnutrition. For this reason, MSF teams organise a stimulation session every day, with mothers and children undergoing nutritional treatment, through various games.

Caption
Aya Sonoda, MSF's information and education coordinator, plays with a child during a session of physical and emotional stimulation.
© MSF

“We realise, day after day, how important play and maternal care are to the recovery process. During the stimulation sessions, mothers are encouraged to play with their children with toys and to interact with them in playful activities. The results of this activity are touching," explains Aya Sonoda, MSF information and education coordinator in Am Timan.

"We see children recovering their reactiveness and, above all, they smile and play again together. It’s so important to involve parents and to encourage the emotional care of children.”

Since 2015, thousands of people in the Lake Chad region have been forced to flee their homes as a result of violent clashes between armed groups and Chadian military forces.

Between 2015 and 2018, we ran mobile clinics in the areas around Baga Sola, Bol, Liwa and Kiskawa to provide basic healthcare and mental health support to displaced people and the local population. Most of the medical conditions we treated were linked to the precarious living conditions and poor sanitation.

We are still present in the east and south of Chad, and have an emergency response unit (CERU) capable of delivering medical care in under 72 hours.