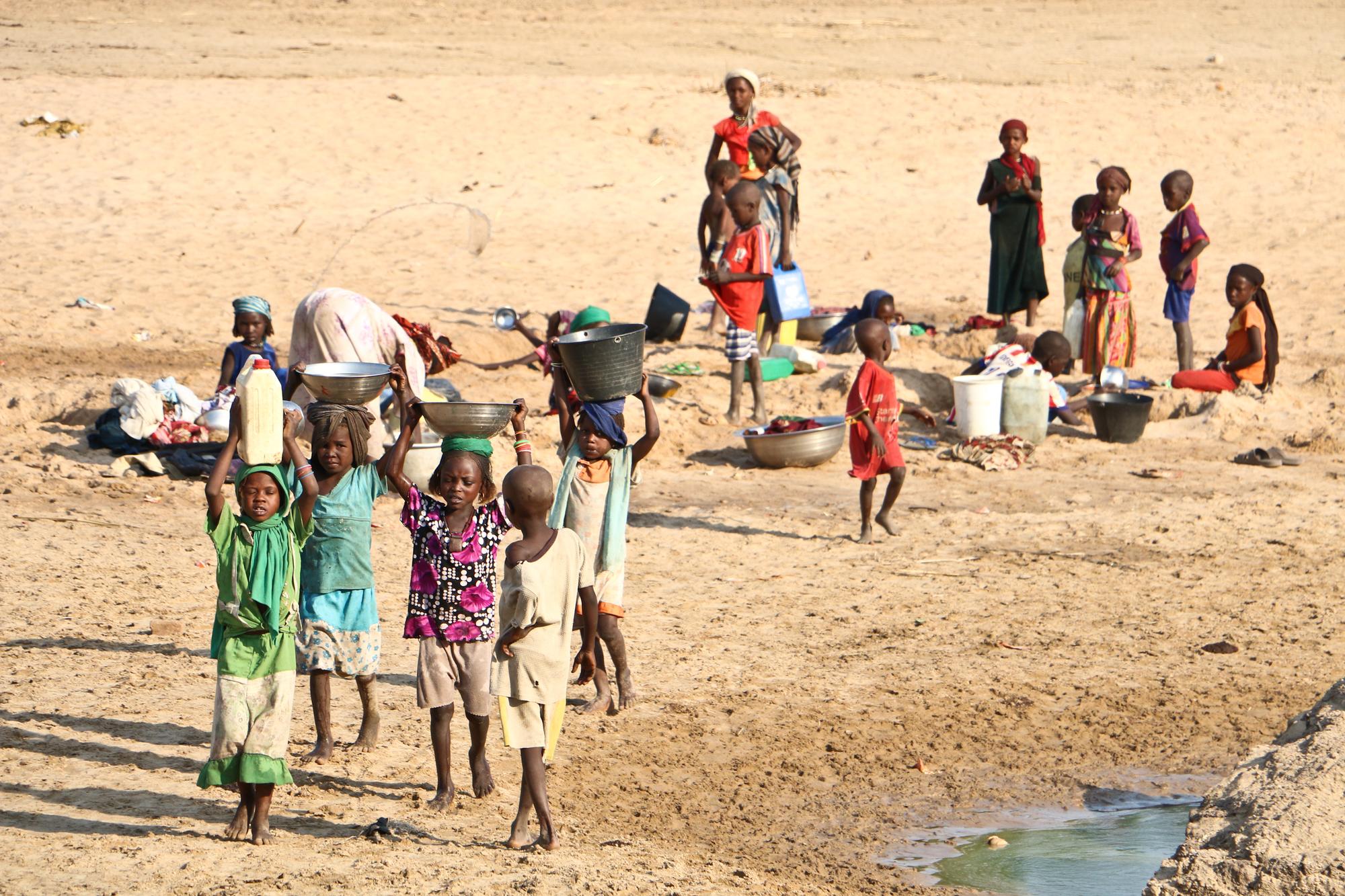 Caption
MSF is responding to an outbreak of hepatitis E in Am Timan, Chad.
© Sara Creta/MSF

We have scaled up our response to hepatitis E in Am Timan, helping the local community overcome stigatisation and shame.

Heavily pregnant, Miriam rests on the bed at Am Timan hospital's maternity ward in Chad. A gynaecologist performs an ultrasound examination on her growing belly.

She seems surprised when unexpectedly, on the monitor, the outline of a baby appears. Her expression quickly turns to relief. The translator confirms that Miriam’s unborn child is progressing well.

Miriam is one of 44 patients with hepatitis E who have been hospitalised in Am Timan since September. More than 320 other potential cases have been identified.

She is from a nomadic community about eight kilometres from Ardo, a town that’s a three-hour drive from Am Timan.

A mother of nine, her tenth child is due in February.

Miriam was brought to Am Timan after seeking treatment at a Médecins Sans Frontières/Doctors Without Borders (MSF) mobile clinic in Ardo.

Help us respond to the next emergency

Our teams deliver medical aid where it's needed most 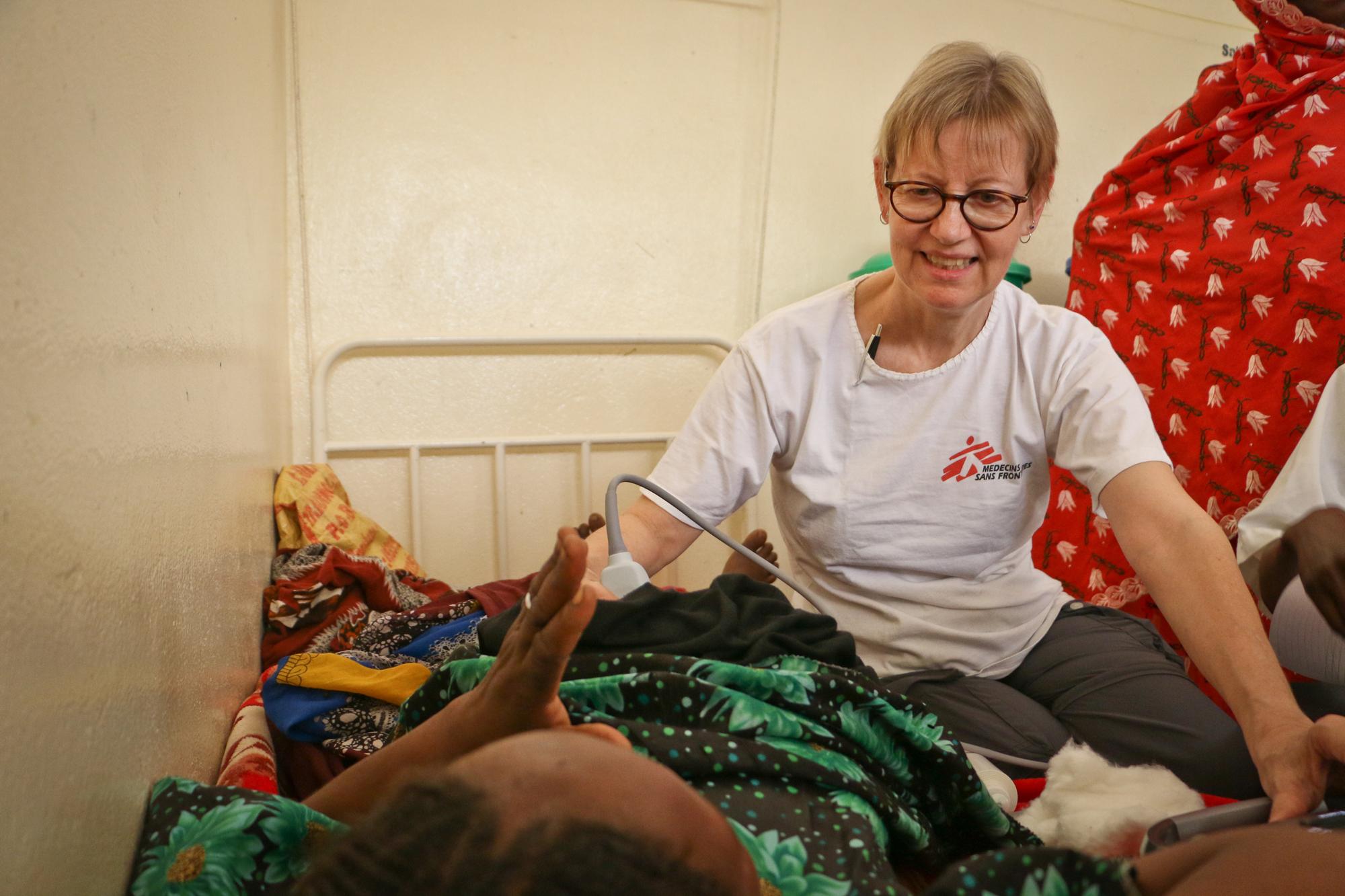 “I was not able to feel the heartbeat of the baby for over a week," says Miriam. "I spent 25 days in my bed without moving. It was the first time I felt so sick”.

The team immediately recognised the symptoms of hepatitis E, including jaundice, and decided Miriam needed further treatment at the hospital.

Jaundice, also known as icterus, is the yellowing of the skin and whites of the eyes. It’s one of the most obvious signs that a person may have hepatitis E.

Before I was so afraid to come to a hospital but now I feel much better and I hope I will able to go back to my community soon.

Veronica Siebenkotten-Branca, an MSF gynaecologist in Am Timan, says hepatitis E has no cure and is particularly dangerous for pregnant women like Miriam.

“Depending on how severe is the hepatitis E infection during pregnancy," she says. "It could lead to potentially serious consequences for maternal and foetal health.

"Abortion, post-partum haemorrhage, a premature baby or stillborn are among the worst situations a mother can face.”

Within days of her admission to hospital, Miriam’s health had improved.

“Now I can finally feel my baby again," she says. "Before I was so afraid to come to a hospital, but now I feel much better and I hope I will able to go back to my community soon.”

As she recovers, her husband and three brothers wait outside the maternity ward, worried for her health.

It is the first time she has ever been in a hospital. As a nomad, Miriam and her family rarely spend longer than a few months in one place.

The group moves throughout the dry season to the far south of the country, and then in the rainy season; to the north.

The journey in between can last for over a month, with around 200 people on the move with their livestock, stopping to grow grains along the way.

The first cases of hepatitis E were discovered in late August in Am Timan Hospital, where we provide HIV and tuberculosis (TB) care. We also support the paediatric and maternity departments.

Like cholera, hepatitis E is transmitted from one person to another, mainly through contaminated drinking water. The disease rapidly spreads in places where hygiene and sanitary conditions are poor.

It is estimated that one in 25 patients with hepatitis E is at risk of death. But for pregnant women in their third trimester, the risks of maternal and fetal mortality are higher.

Among the nine patients who have died in the past few months, three were pregnant women with jaundice. 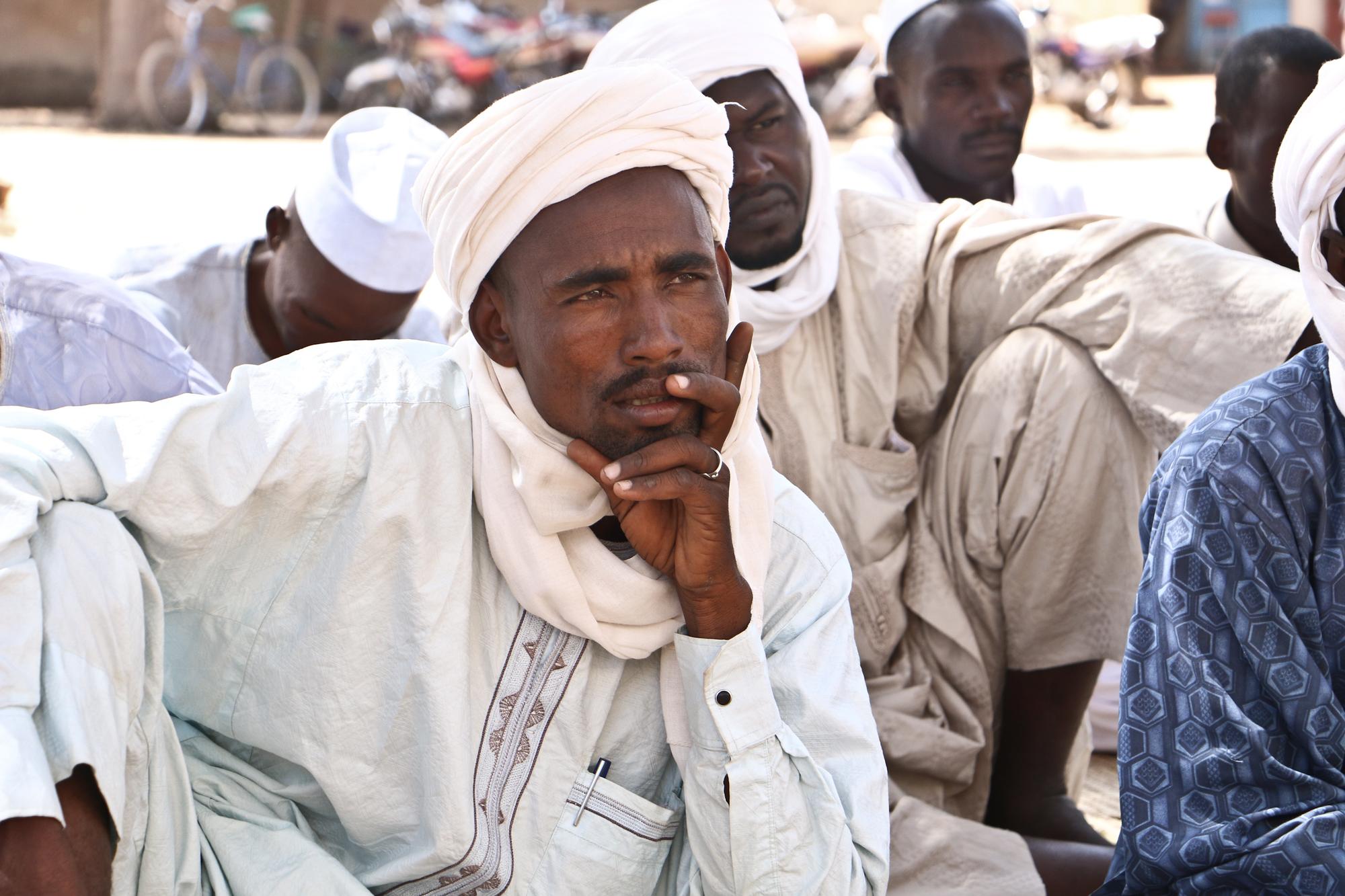 Caption
MSF community health workers meet with the Mayor of Am Timan, Chad, and the council of chiefs from the city.
© Sara Creta/MSF

Our response: community and hygiene

Since the first hepatitis E cases were identified, more than 600 MSF staff have been working to test for new cases, treat patients and improve the supply of water and sanitation.

Many of those involved are community health workers. Their main role is to talk to people about the early signs and symptoms of hepatitis E and to share information about hygiene practices.

This work includes meeting with local chiefs, leaders and officials, to hear their concerns, identify needs and encourage them to talk to their community about the urgency of the hepatitis E response.

In the last three weeks, they have also distributed over 11,000 hygiene kits containing bars of soap and buckets.

Most people in Am Timan had not previously heard of hepatitis E and as a result, staff are working to address fear and suspicion about the ‘sick people with yellow eyes’.

In many cases, hepatitis E patients have been seen as a threat to the community, leading to both stigmatisation and shame for those who are diagnosed.

But with support from community outreach workers, this is changing.

Ngomdimadje, a 25-year-old teacher, was the first patient to survive hepatitis E in Am Timan. He lives with his cousins in a rented house in the central Salamat district.

Around four months ago, after he returned from teaching young elementary students, he started to experience severe pain in his body.

At that time, he said he was feeling close to death: with loss of appetite, severe vomiting, headaches and abdominal pains. He was barely able to move or to walk.

Critically ill, Ngomdimadje managed to travel to Am Timan Hospital where he was told he had hepatitis E. After being admitted to hospital, his health started to deteriorate and our medical team closely monitored and treated him for over two weeks.

He has now made a full recovery.

"Today, I call myself a survivor," he says. "As long as I am breathing, I survived this potentially deadly disease.

"Before me, the other two patients didn’t make it. Calling myself a survivor is truthful and it is hopeful."

Since 2015, thousands of people in the Lake Chad region have been forced to flee their homes as a result of violent clashes between armed groups and Chadian military forces.

Between 2015 and 2018, we ran mobile clinics in the areas around Baga Sola, Bol, Liwa and Kiskawa to provide basic healthcare and mental health support to displaced people and the local population. Most of the medical conditions we treated were linked to the precarious living conditions and poor sanitation.

We are still present in the east and south of Chad, and have an emergency response unit (CERU) capable of delivering medical care in under 72 hours.