Yemen: “COVID-19 has made the health system's collapse complete”

Yemen: “COVID-19 has made the health system's collapse complete” 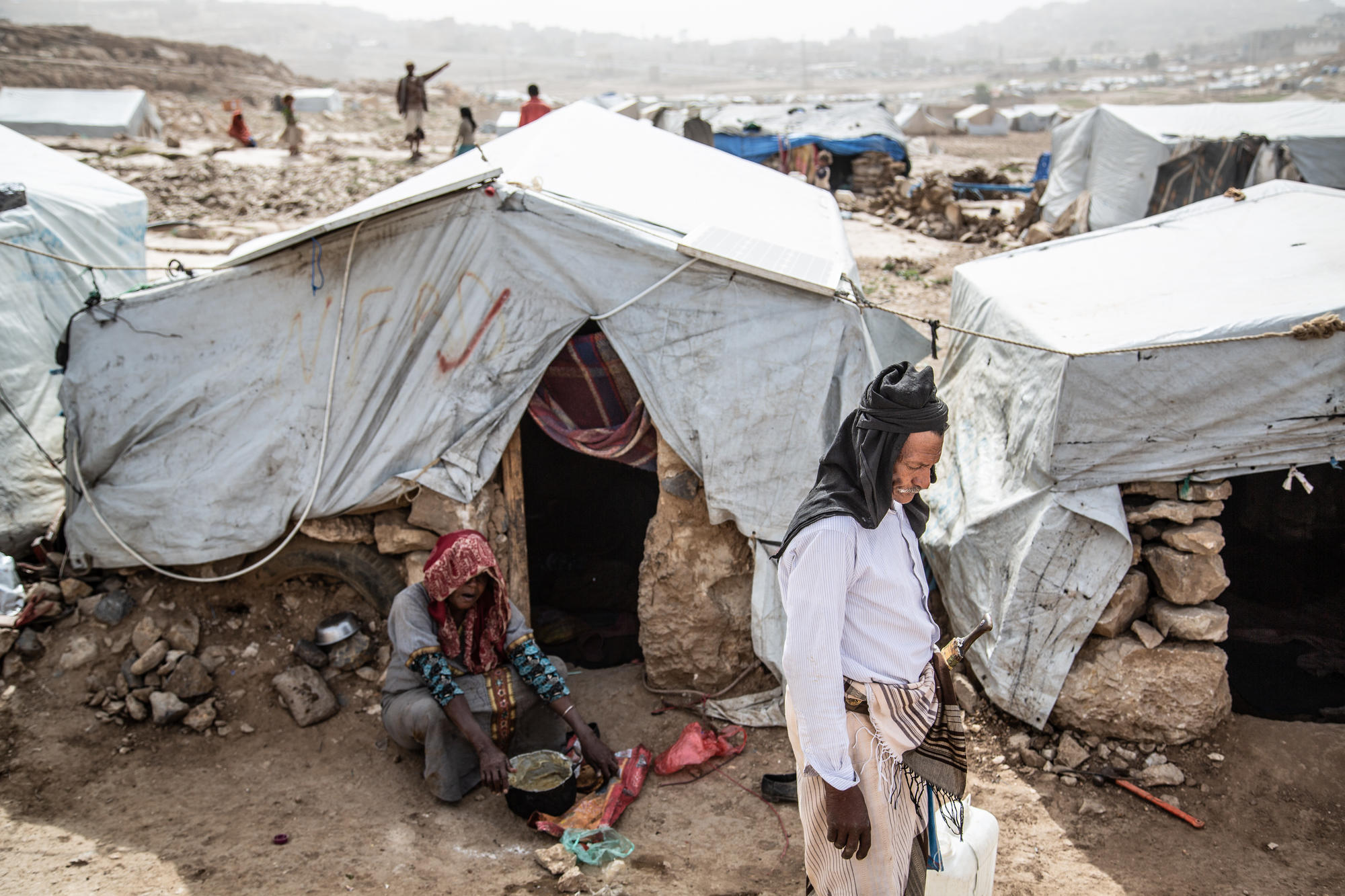 “At first, there were many volunteer doctors and nurses around,” remembers Dr Nizar Jahlan, “but when they knew that cases were coming to the hospital, they all disappeared.”

This is how the story of COVID-19 began in Sana’a, the capital of Yemen, where Médecins Sans Frontières/Doctors Without Borders (MSF) is supporting the Ministry of Health to run the city’s principal centre to treat the new coronavirus and is planning to expand that support in the coming weeks.

Fear and denial amid difficulties

“At the beginning, we faced many difficulties; the hospital lacked almost everything that it needed, but we brought in what we could in terms of drugs, and personal protective equipment to start activities,” said Dr Jahlan, who is MSF’s Medical Activity Manager for the project.

“But then we faced problems in finding enough doctors and nurses willing to work in the hospital.”

This is a country that lacks almost totally the means to respond to this outbreak, so it’s understandable that people are scared.

“There has been a strange mixture of fear and denial about the virus here,” said Claire HaDuong, MSF’s Country Manager in Yemen.

“People haven’t wanted to accept the possibility that it could arrive, or that it was already circulating.”

“But as soon as people have been faced with a case, it has caused panic,” said HaDuong.

“But then this is a country that lacks almost totally the means to respond to this outbreak, so it’s understandable that people are scared.”

Coronavirus has taken hold in Yemen

Unfortunately, it is no longer anything but obvious that the virus is circulating widely across the whole of Yemen.

It’s most evident in the intensive care unit in Sana’a, which has 15 beds and has been full most of the time for the last four weeks, and where the team have witnessed a high rate of deaths.

People enter the emergency room walking, but they are already deeply deprived of oxygen without being aware of it, and they die in a surprisingly short amount of time. That is shocking.

The teams have treated hundreds of patients with respiratory symptoms in each of our COVID-19 centres in Sanaa and Aden, and other centres that MSF runs or supports in the north of Yemen, such as in Hajjah, Khamer, Ibb, Haydan, and Hodeidah have also received patients, although in fewer numbers.

“I have been working in intensive care units for more than 14 years, and what’s new to me is the dramatic way in which people are dying here,” said Dr Jahlan.

“They enter the emergency room walking, but they are already deeply deprived of oxygen without being aware of it, and they die in a surprisingly short amount of time. That is shocking.”

“Unfortunately, this seems to be a by-product of the fear about the virus,” explained HaDuong.

“People are waiting to come to the hospital until it’s much too late, and it makes it incredibly difficult to save them.

"We are saying to people: most cases of this virus will be mild, but please, if you have breathing difficulties, come sooner rather than later to see us.”

Dr Jahlan now knows all too well how the patients feel: after weeks of working in the treatment centre with seriously ill patients, he became unwell himself. 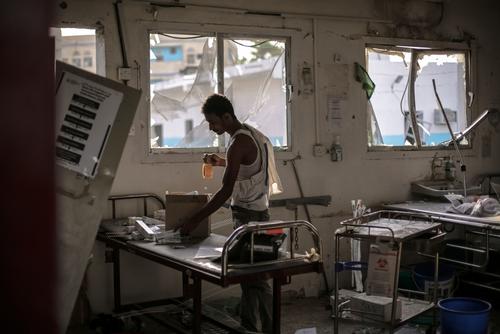 Our work in Yemen

Find out more about the humanitarian crisis gripping the country

“I think it was the most difficult time of my life,” he said. “I felt that I was just gasping for breath, I worried that I was dying, I had such a high fever.”

At first his wife was looking after him, and then she too became sick. Both, thankfully are now better, but he says that many people he knows have not been so lucky.

“A lot of my friends, especially those of them who are doctors, have been sick,” said Dr Jahlan.

Five years of fighting had caused Yemen’s healthcare system to collapse in large parts... Now COVID-19 has made that collapse complete, with many hospitals closing for fear of the virus.

“Five years of fighting had caused Yemen’s healthcare system to collapse in large parts,” said HaDuong. “Now COVID-19 has made that collapse complete, with many hospitals closing for fear of the virus, or for lack of staff and personal protective equipment.”

“Many people will die of this virus, but we fear that many others will also die from what should have been preventable deaths because healthcare is simply not available,” said HaDuong.

We are doing all we can to both keep our regular healthcare programmes open and respond to the COVID-19 outbreak in the country, but it remains difficult to bring staff and supplies into the country.

The scale of the needs is also too great for any single organisation to respond to.

We cannot face this crisis alone... The United Nations and other donor states need to urgently find ways to step up the response... and the local authorities need to facilitate the work of international organisations like MSF.

“We cannot face this crisis alone,” said HaDuong. “The United Nations and other donor states need to urgently find ways to step up the response, including through hands-on interventions of medical humanitarian agencies and support to the Yemeni health system with money to pay healthcare staff, equipment to protect them, and oxygen concentrators to help sick patients breathe.”

“The local authorities need to facilitate the work of international organisations like MSF who are working with them to respond to the virus,” said HaDuong. “They need to ensure the entry of medical supplies and international staff to reinforce teams on the ground.”

OUTPATIENT CONSULTATIONS IN YEMEN IN 2019

SURGICAL INTERVENTIONS IN YEMEN IN 2019

BIRTHS ASSISTED IN YEMEN IN 2019

As for Dr Jahlan, he is now preparing to get back to work after his recovery from the virus. “A lot of my friends and colleagues were shocked that I would go back to work in the COVID-19 centre,” he said. “They asked me, ‘are you crazy?’”

“I told them that now I am more motivated than ever, because now after being sick I know how much these patients are suffering from the virus, and how much they need us.”