World Diabetes Day: “I had to ration the little insulin I had"

World Diabetes Day: “I had to ration the little insulin I had" 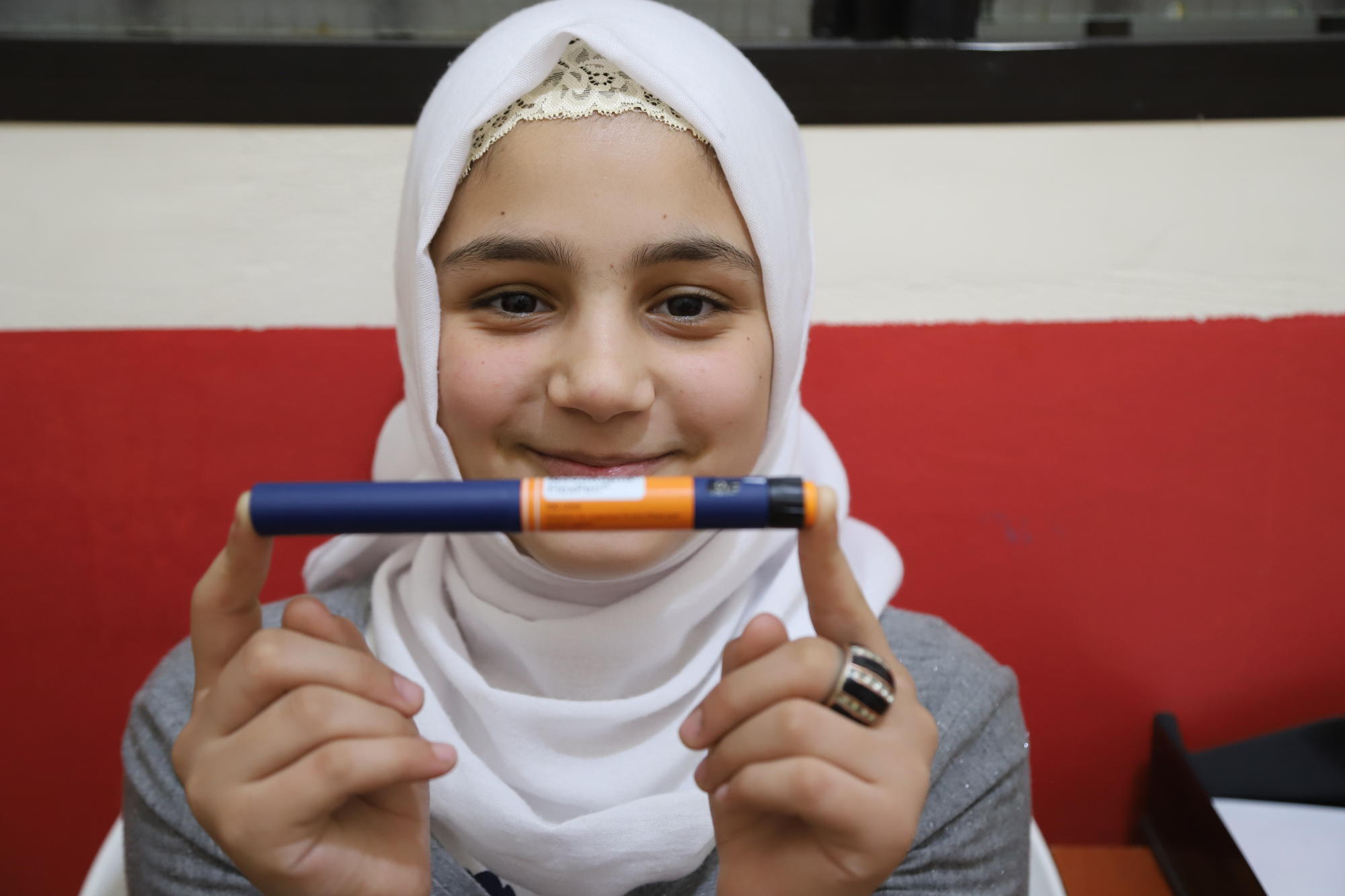 Caption
Sidra, 12, has diabetes type I. She is a patient at MSF's clinic in Shatila Camp, Beirut, where she is provided with insulin pens.
© Jinane Saad/MSF

“I had to ration the little insulin that I had,” says 23-year-old Viola Makore, from Mutare in Zimbabwe.

“I would only inject a little bit of the prescription so that we could reserve it for another day until we got some money.”

In 2014, Viola received a diagnosis of type 1 diabetes.

This form of the disease means the body can’t make insulin, so a daily insulin replacement is vital.

Without insulin, Viola will become severely unwell and possibly die within days.

Viola’s story is not unusual. Across sub-Saharan Africa, many children and adults diagnosed with diabetes cannot afford to manage their disease and many are simply dying before being diagnosed.

“When I was diagnosed with diabetes, my mother used to buy the medication for me from the pharmacy,” says Viola.

“At one point, we spent the whole week without medication because we could not afford to buy it.

As we mark World Diabetes Day on 14 November, we must ask one vital question: why is insulin – a drug developed almost 100 years ago – not available to half of the people who need it worldwide?

Here are three reasons why the problem exists and the ways that MSF is addressing the challenge.

“We can’t give insulin if she doesn’t have a fridge at home to store it”.

This is a typical response from healthcare workers in many of the countries where MSF works.

In such places, temperatures can often exceed those recommended for the storage of insulin. And, without a fridge at home, people must travel more than once a day to clinics with refrigeration to receive their insulin.

Not only does this cost money but in many places, it can also pose a risk for the patient’s safety. 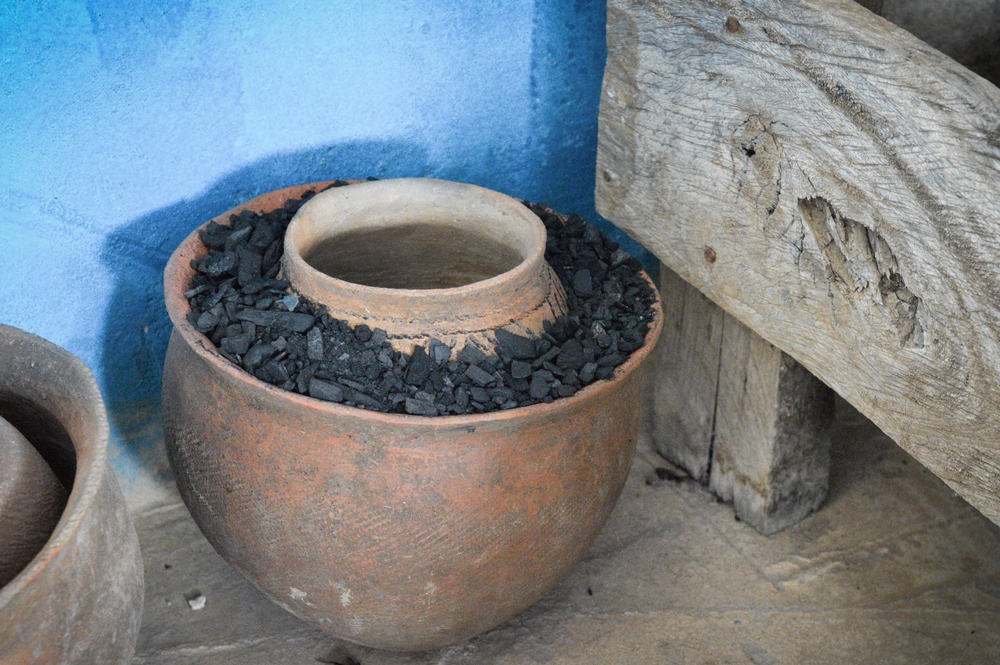 Caption
In South Sudan, clay pots with a layer of charcoal between them help to keep insulin at a steady temperature.
© Musa Mahad/MSF

However, MSF has carried out a “myth-busting study” that has found insulin does stay stable and can be used effectively at temperatures higher than 25 degrees.

This has made an enormous difference for the people we serve in our projects, who can now take their insulin home.

In some places, clay pots have been found to be an effective means of keeping the temperature of insulin low and stable. Ultimately, these inexpensive storage methods, that don’t rely on electricity, are saving people from having to travel to a clinic twice each day to receive injections.

Now, more needs to be done to bust the fridge myth so that others can benefit elsewhere.

Managing type 1 diabetes can be a complex endeavour for patients. People with the disease need to inject themselves with insulin five to six times a day and constantly monitor their sugar levels in between.

Now, newer devices such as insulin pens and glucose monitors exist and have the potential to change the lives of diabetics across the world.

Insulin pens make it easier to inject insulin, while continuous glucose monitoring devices mean that people don’t have to prick themselves multiple times a day to test the sugar levels in their blood. Both of these devices have a considerable positive impact on the quality of life of someone living with diabetes.

However, these devices are not routinely available in resource-poor places due to their cost.

In Bekaa, Lebanon, MSF is trialling the use of these new tools to see how we can improve the quality of life for refugees living with diabetes.

Using the monitor is much better than pricking her fingers three to four times a day.

Khouloud is 13-years-old and attends the MSF-supported clinic in Bekaa, Lebanon.

When she fasted during Ramadan she became very sick. She was then taken to hospital and tested positive for diabetes. It was a big shock for her family.

She struggled with having to prick herself multiple times a day to test her blood sugar levels. But Khouloud has since been given a monitoring device.

“Using the monitor is much better than pricking her fingers three to four times a day,” says her mother.

“The monitor is much more comfortable. Khouloud does the injections, she scans the sensor, and checks on the results herself.” 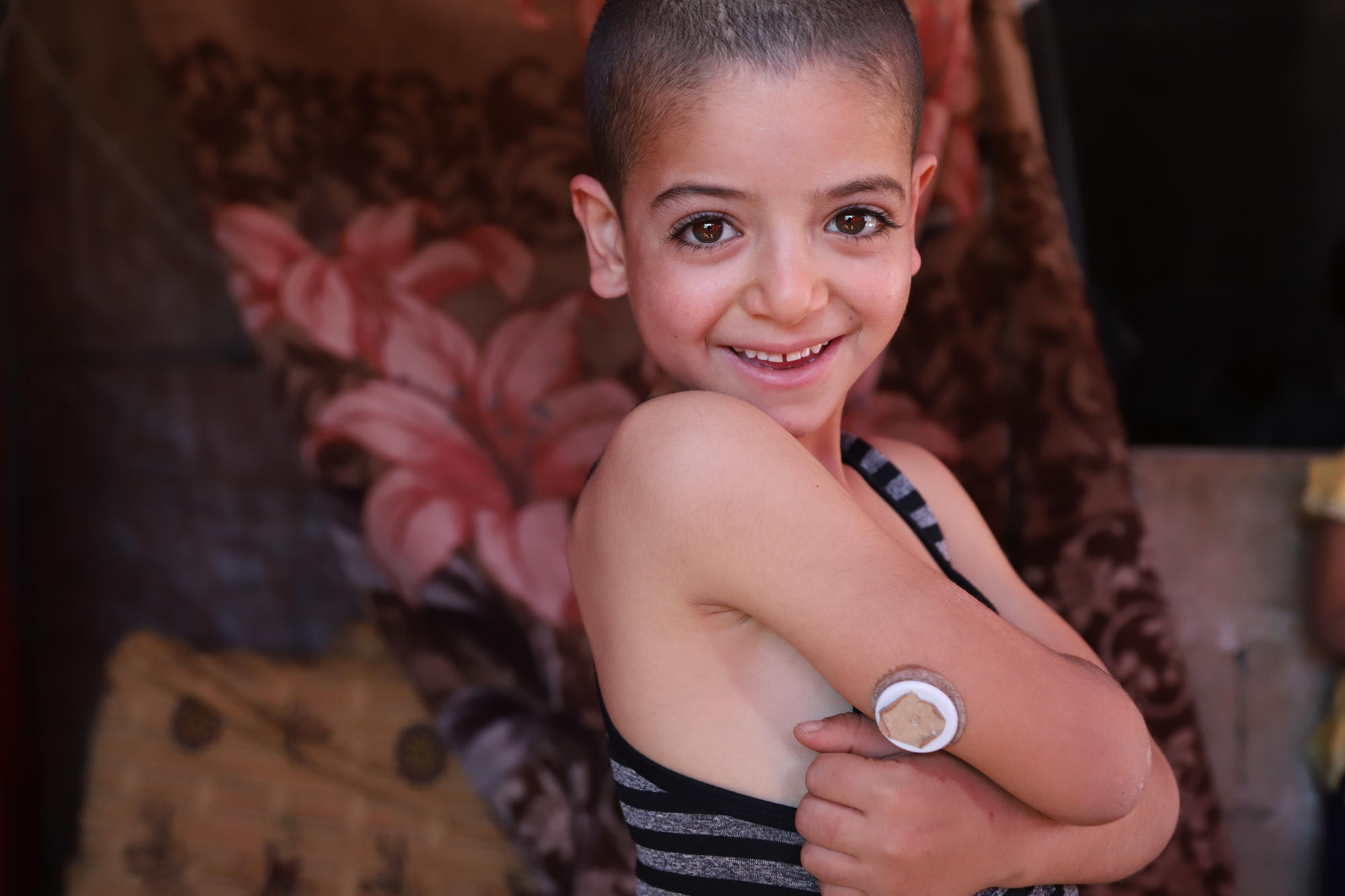 3: The cost and competition

The cost to produce insulin is calculated to be between £55 and £102 per patient per year.

The median global price of the insulin commonly used in most MSF projects is four times this, up to £220.

Where we are using pens or the newer forms of insulins to improve patients’ quality of life, prices can escalate to up to nine times as much to over £900.

Currently, just three companies – Novo Nordisk, Eli Lilly and Sanofi – control 99 percent of the insulin market. The pricing schemes set by these companies provide only for insulin with often no provision for how to inject or monitor it.

However, new “biosimilar” companies – the generic manufacturers of insulin – face huge regulatory challenges for their products to be approved and used. This is just one of the reasons we see such poor competition in the insulin market.

MSF is working hard to address the costs of the package of tools needed to treat diabetes, while also looking at ways to increase competition.

For Viola, registering in the MSF progamme has meant a life-saving supply of insulin. And, learning from healthcare workers and other people living with diabetes has greatly improved her life.

“I registered on the programme and underwent counselling. There are so many things that I did not know that I learnt on that day,” says Viola.

But, for many others, the cost of insulin in Zimbabwe continues to mean rationing doses and risking the early onset of complications such as blindness, kidney failure and even death.

Viola now knows how to store her insulin at home safely, but many others are still tied to their clinic for survival.

But, for many others, the cost of insulin in Zimbabwe continues to mean rationing doses and risking the early onset of complications such as blindness, kidney failure and even death.

Viola now knows how to store her insulin at home safely, but many others are still tied to their clinic for survival.

While storage isn’t an issue for Viola, tools such as insulin pens – that have improved the quality of life for millions of diabetics in high-income countries – are unfortunately not available to her due to cost.

MSF calls on insulin manufacturers to work together to bust the myth around insulin storage. And, importantly, to reduce the price of tools that could make the treatment for diabetes in humanitarian situations and low-income countries more feasible and less burdensome for people living with this chronic disease.

One third of the world lacks access to essential medicines. In the poorest countries this figure rises to a half of the population.

Too often Médecins Sans Frontières/Doctors Without Borders (MSF) medical teams cannot treat patients because the medicines are too expensive or have been discontinued. Sometimes, the only drugs available are highly toxic. This situation is not acceptable.

Through our Access Campaign, we are challenging the high cost of medicines and the lack of treatments for many of the diseases affecting our patients.