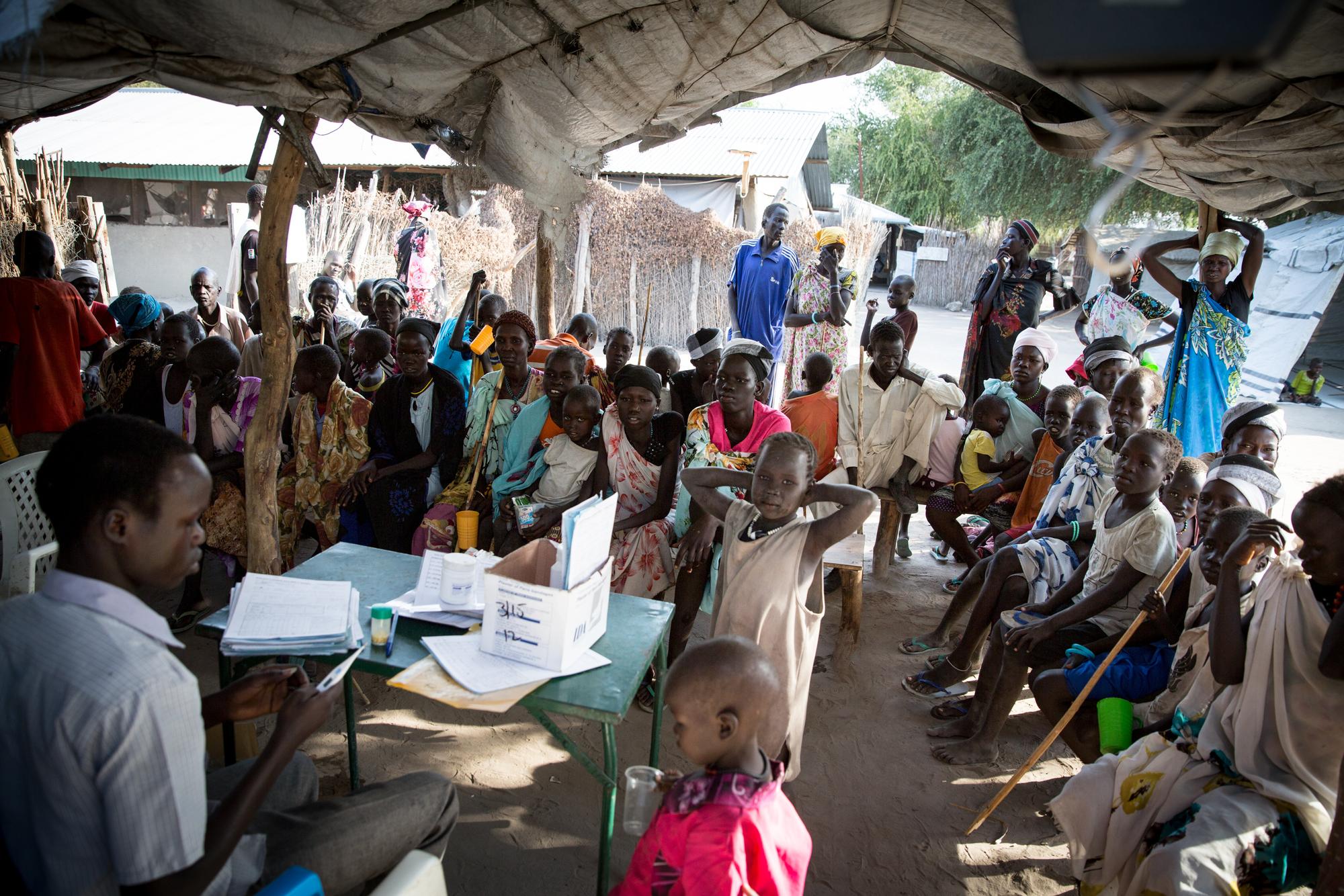 The conflict that erupted in South Sudan little more than a year ago has left people more vulnerable to a deadly tropical disease known as kala azar (visceral leishmaniasis).

The risk of infection increases as due to ongoing violence people have become displaced into areas where the disease is prevalent and malnutrition lowers their ability to fight the infection.

As many health facilities are not functioning in conflict areas, getting treatment is now more difficult.

Last year, Médicins Sans Frontières/Doctors without Borders (MSF) treated over 6,700 cases of kala azar in South Sudan, more than double the number of cases it treated the year before.

The majority of people treated were in Lankien, a dusty settlement in the conflict-affected state of Jonglei.

Here, Casey O’Connor lays out MSF’s activities in Lankien and reflects on a tough year.

Kala azar is the second biggest parasitic killer in the world, after malaria 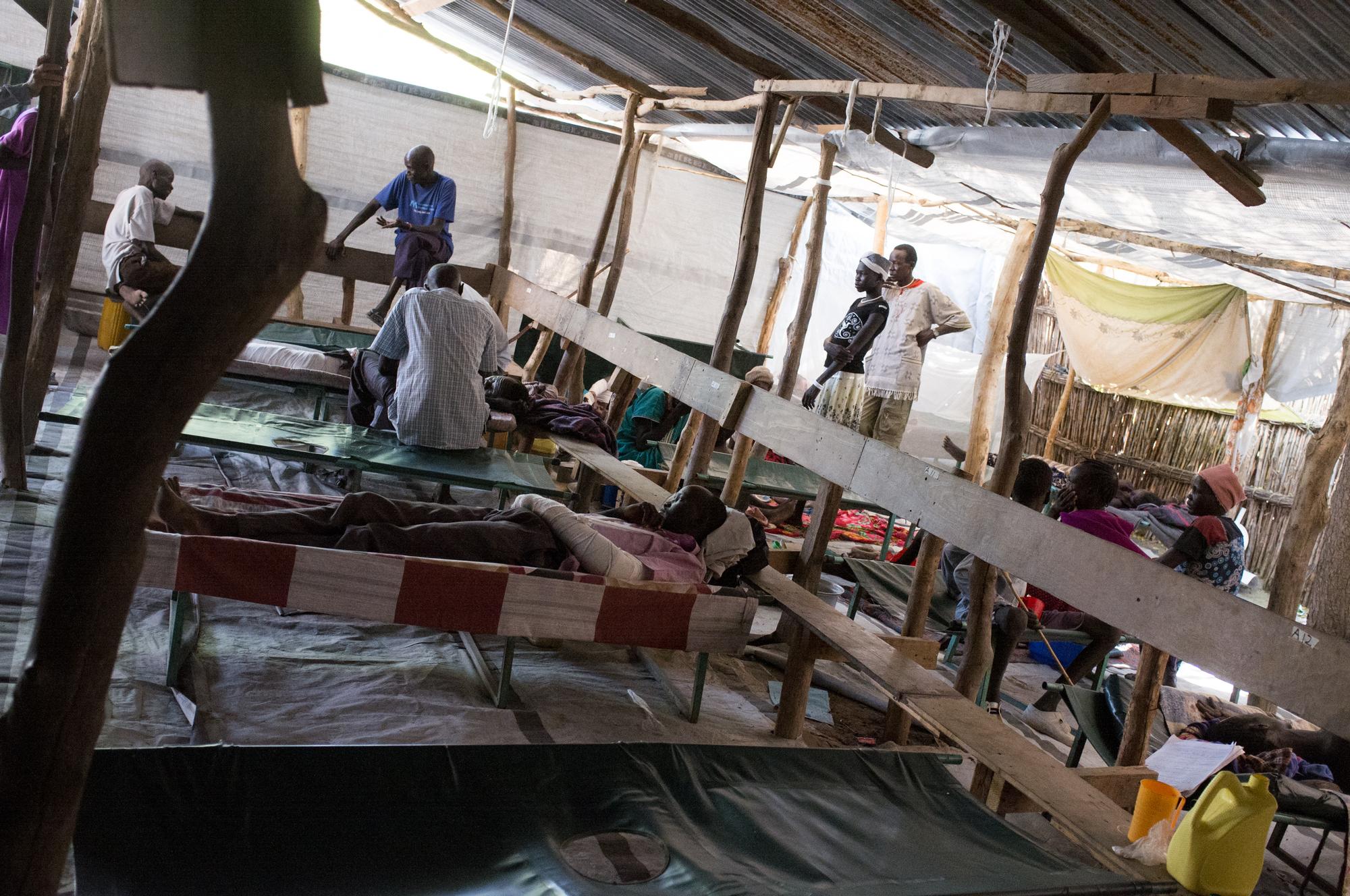 Disease is fatal without treatment

“For nearly 20 years, MSF has been running a clinic and hospital in Lankien, providing primary healthcare services and treatment for tropical diseases such as kala azar," Casey explains.

"Early in 2014, it was evident that both the outpatient clinic and the hospital were overwhelmed by war-wounded patients plus we were providing healthcare services to the growing number of people who had been displaced by the conflict.”

In Jonglei state, people have been uprooted from their homes by fighting and insecurity. Many have moved into acacia forests where sand flies breed, which are the vectors for kala azar.

Sleeping out in the open, often without a mosquito net, increases the risk of infection.

A patient at the hospital described the ordeal she was facing that is all too common in the midst of the conflict: “I escaped the fighting in Bor with my son and my husband in January. We came with a big group of people. My son has kala azar, so we have been here in the hospital for three months. As soon as he gets better I hope we can join my parents near Yuai.”

Most health facilities that were providing testing and treatment for kala azar before the conflict started are no longer functioning or are struggling to get medical supplies in which makes it more difficult for sick people to get treated rapidly.

This has lethal consequences as without treatment the disease has a near 100 percent fatality rate in eastern Africa.

PEOPLE TREATED FOR KALA AZAR BY MSF IN 2019

“Already busy, the outpatient clinic started overflowing with patients in June, with rising numbers testing positive for kala azar, much earlier in the season than anyone could remember and in numbers not seen before in Lankien,” said Casey.

“What at first appeared as an anomaly was soon recognised as an unprecedented outbreak, with staff trying desperately to manage – hiring more paramedics, working long hours, ordering more drugs for a rise in a disease that normally peaks in September.”

Getting early and sufficient treatment means the difference between certain death and recovery.

Casey outlines the extent of the outbreak: “At some points, five injection teams were treating 800 patients per day, compared to 250 now. And no one likes the treatment – painful intra-muscular injections into the buttocks. Not just once, but for 17 painful days. All day you can hear the children crying from the pain of the injection.”

The disease attacks organs such as the liver, spleen, and bone marrow, and depletes the immune system, leaving those infected vulnerable to serious infections. Thus the disease is complicated to treat.

For most people, the treatment takes 17 days and requires two daily injections. In severe cases, or for pregnant women or people with HIV, it requires admission to hospital and the administration of intravenous medications for five days.

“There is a critical shortage of drugs for treatment on a global level – some of them take six months to manufacture and the worldwide supply is under strain as there is only one manufacturer. Any rupture in the supply of medications means treatment is interrupted and the patient must start all over again with painful injections,” Casey explains.

"But getting early and sufficient treatment means the difference between certain death and recovery with the likelihood of life-long immunity to this disease."

In Lankien last year, MSF treated 4,611 Kala Azar patients, more than triple the amount treated in 2013. This means that from July to September 2014, nearly 2,000 patients were on treatment, which rivals the worst outbreak in Lankien since records began in 1999.

Although the outbreak has since slowed as the number of infections went down in late October and started to level off, but concern remains.

Our work in South Sudan >