Haiti: 10 years after earthquake, health system on brink of collapse

Haiti: 10 years after earthquake, health system on brink of collapse 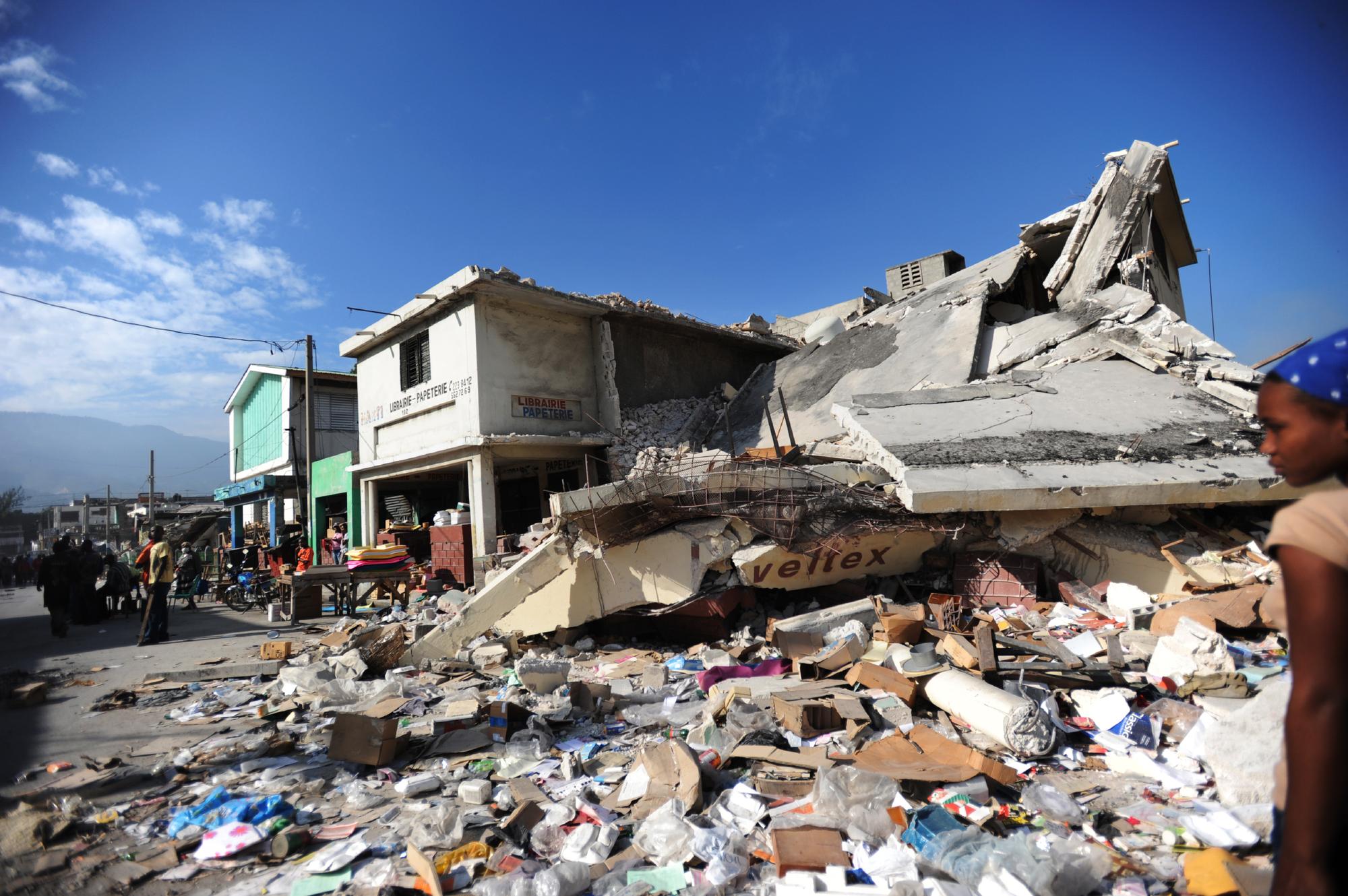 Caption
Collapsed building and rubble in Port-au-Prince city centre, shortly after the earthquake in 2010.
© Julie Remy

The island nation's infrastructure was decimated and the toll was staggering: thousands, including 12 MSF staff, were killed, thousands more injured and millions left homeless.

In response to the urgent needs of Haitians, MSF mounted one of its largest-ever emergency operations, treating more than 350,000 people affected by the earthquake in just 10 months.

Ten years on, though most of the rubble has been cleared and new hospitals have been built, Haiti is once again facing a health crisis.

“Ten years later most medical humanitarian actors have left the country and Haiti’s medical system is once again on the brink of collapse amid an escalating political and economic crisis.”

As economic troubles and political tensions have intensified, medical facilities - including those operated by MSF - are today struggling to meet the needs of patients.

“The international support that the country received in the wake of the earthquake is now mostly gone, or support that was pledged never materialised,” says Sandra Lamarque, MSF's country manager in Haiti.

Since a hike in fuel prices in July 2018, medical facilities have struggled to provide basic services due to shortages of supplies, including drugs, oxygen, blood and fuel, as well as staff shortages.

In Delmas, where MSF runs a sexual and gender-based violence (SGBV) clinic, there was a drop in the number of patients during this period of heightened violence, as it was too hard for patients to reach the facility.

In rural areas, such as Port-à-Piment in the South department, the effect of the crisis on the Haitian healthcare system is painfully visible.

In severe cases when hospitalisation is necessary, MSF now struggles to find an open facility for patient referral. 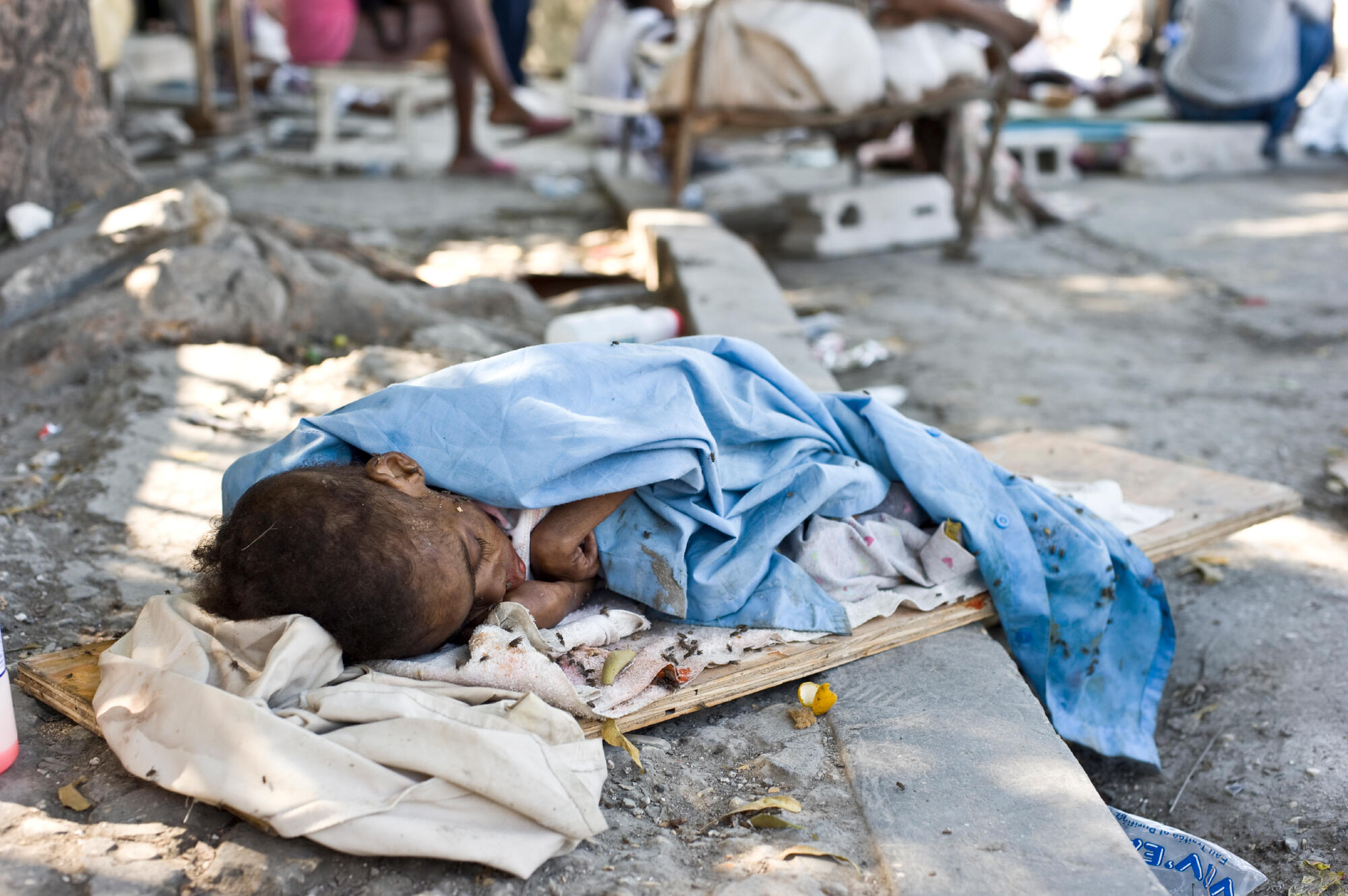 The South department’s main hospital and blood bank both closed in October after being looted, and are still not fully functional. MSF now regularly transports patients in critical condition up to five hours away to reach a hospital that can accept such cases.

In the North department, where MSF was about to open two SGBV clinics, activities were paused due to access issues and a lack of fuel.

In November, MSF reopened a 50-bed trauma centre in the Tabarre neighborhood of Port-au-Prince. In its first five weeks, the trauma centre received an overwhelming 574 patients.

A total of 150 people suffering from life-threatening injuries were admitted - 57 percent of whom had gunshot wounds. 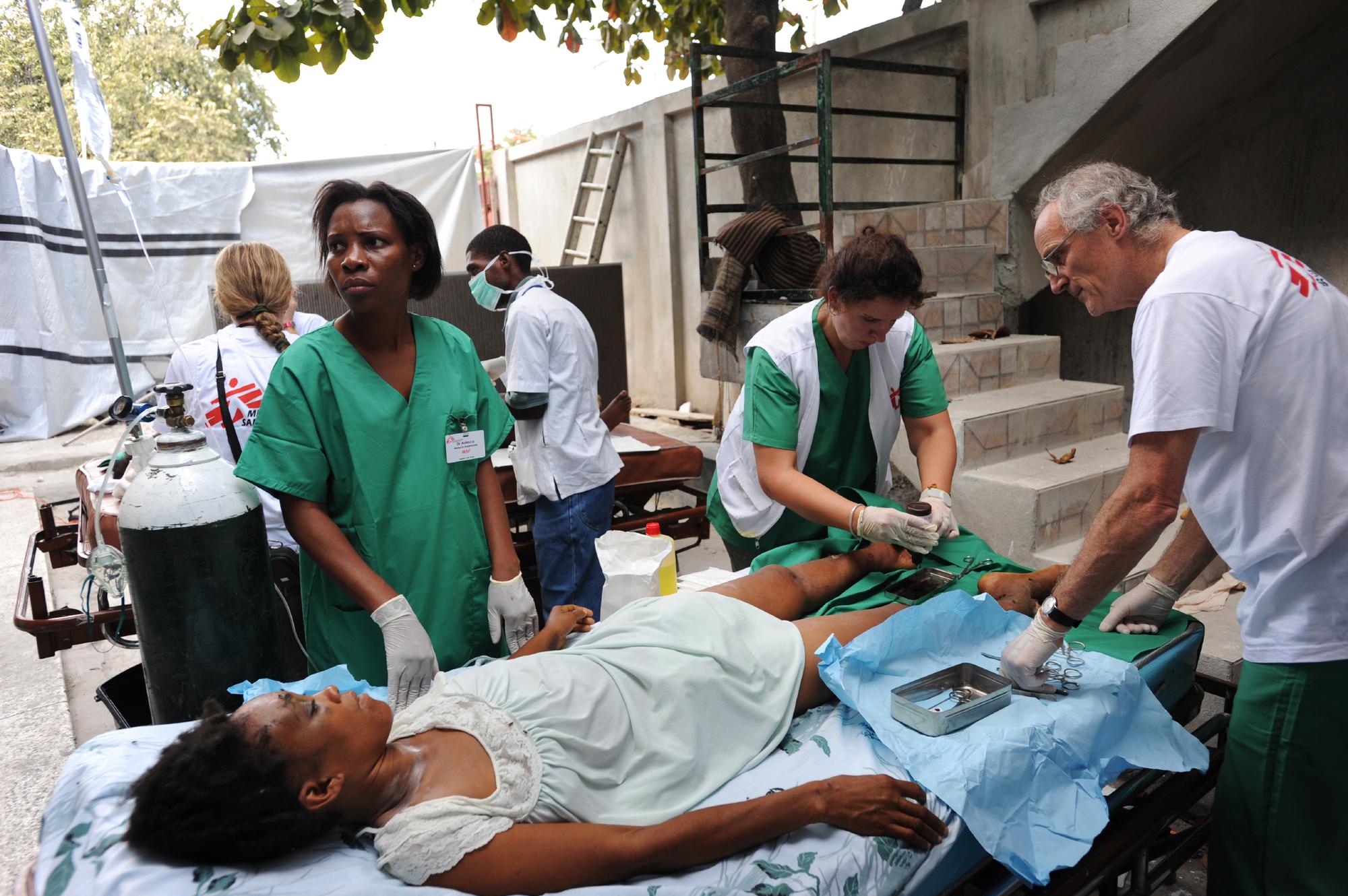 MSF has reinforced its assistance to the Ministry of Public Health and Population by organising donations of medical equipment and material, rehabilitating facilities, and training staff at Port-au-Prince’s main public hospital.

We are also supporting a hospital in Port Salut in the South department and 10 health centres throughout the country.

“Worse than we imagined”

Other MSF facilities across the country have experienced huge demand.

In the Martissant area of Port-au-Prince, our emergency stabilisation centre received an average of 2,450 patients per month, 10 percent of whom had gunshot wounds, lacerations, or other violence-related injuries.

In the Drouillard area of Port-au-Prince, activity at MSF's burn treatment hospital peaked in September when 141 patients with severe burns, primarily caused by accidents, were admitted.

“The situation is even worse than we imagined,” says Issa.

“We now need others to pay attention to the current medical needs in Haiti.”

We continue to respond to urgent needs wherever possible, but greater investment is required by the Haitian government and international donors to meet the growing demand.

2019 saw a rise in large-scale and sometimes violent demonstrations in the country - a result of the collapsed economy and political scandals - coupled with a sharp rise in gun violence. In response to the significant injuries, MSF reopened a dedicated trauma surgery hospital in Port-au-Prince.

Our teams are currently responding to the coronavirus COVID-19 pandemic in Haiti.