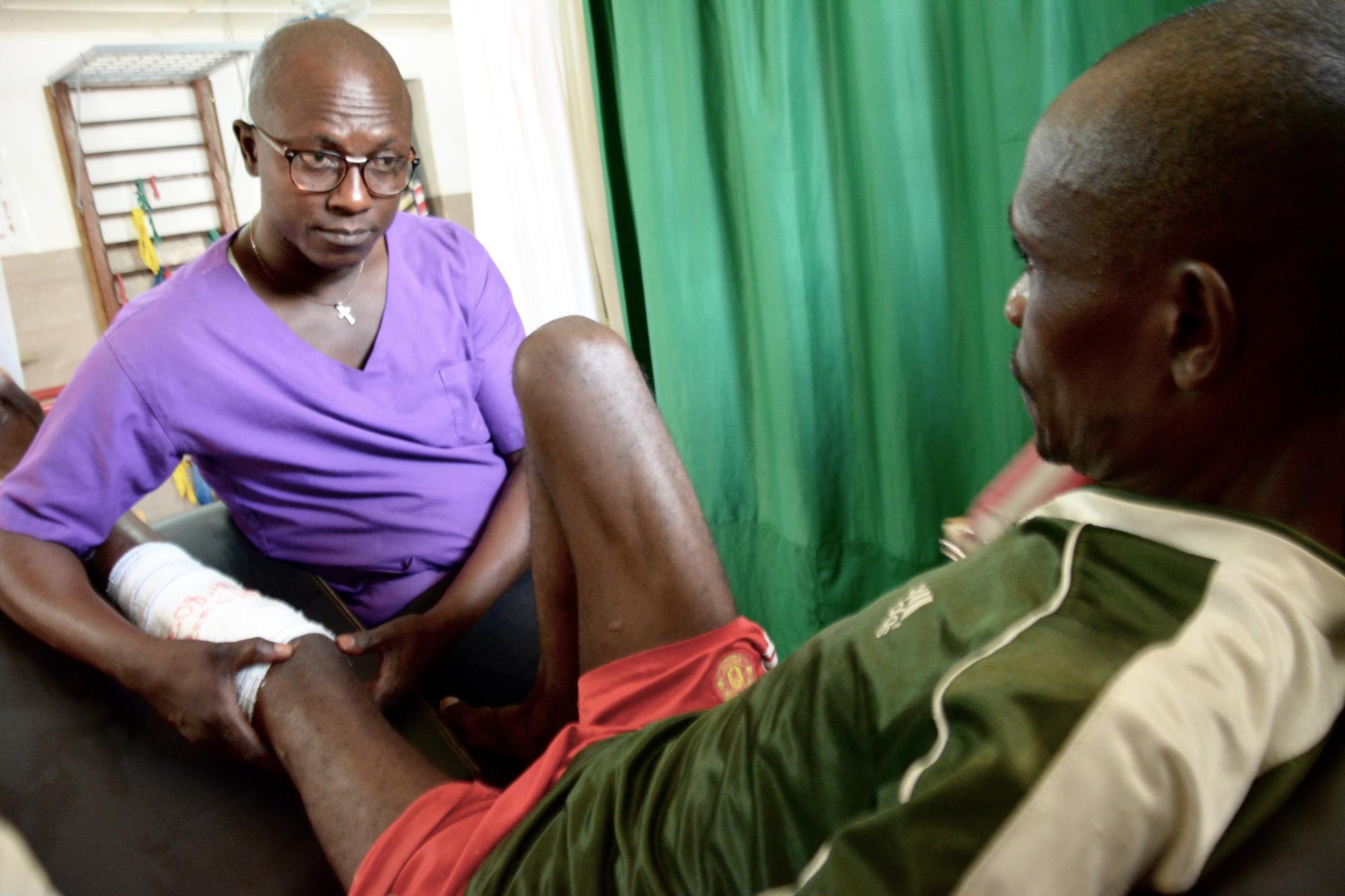 In Bangui, the capital of the Central African Republic, an innovative MSF physiotherapy team is helping patients recover from the trauma of road accidents and violence.

Despite the country experiencing ongoing conflict and the fact that around half the population relies on humanitarian assistance, the situation is often called “a forgotten crisis”.

This makes the work of the physiotherapy department at SICA Hospital – established by the International Society for Construction in Africa – all the more crucial.

They support patients who would otherwise have limited access to rehabilitative care to regain their independence, reintegrate into their family, social and work lives and learn to live with a new physical condition. 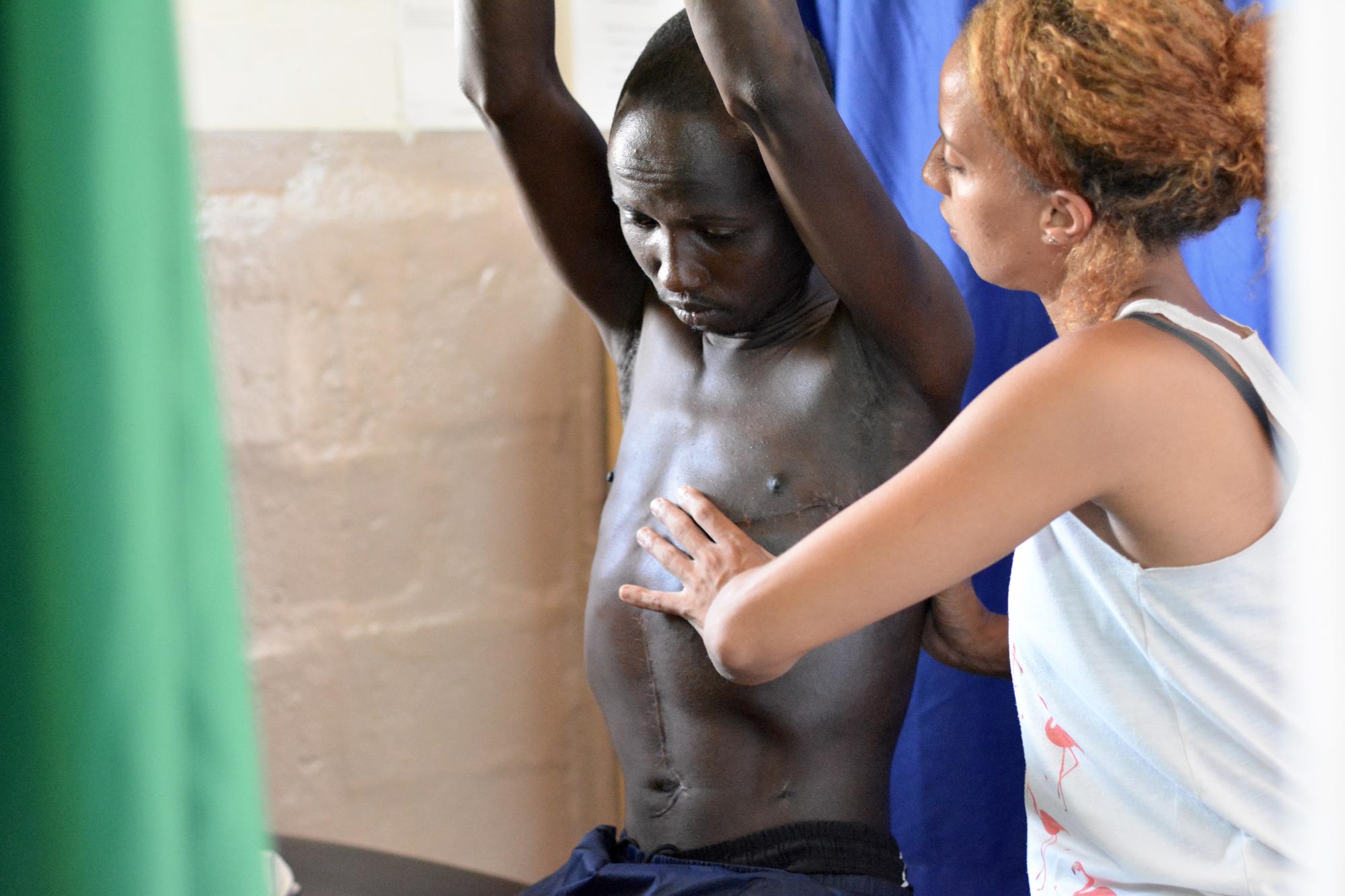 Around three-quarters of patients seen by the team have been involved in a road accident or wounded by bullets or knives.

In order to avoid long-term consequences, due to the bad repositioning of bones or the weakening of key muscles, physiotherapists must treat patients as early as possible. This is often as soon as they leave the operating theatre, or on their way to the emergency department.

Whatever the treatment, the road to regaining mobility can often last for months or even years. 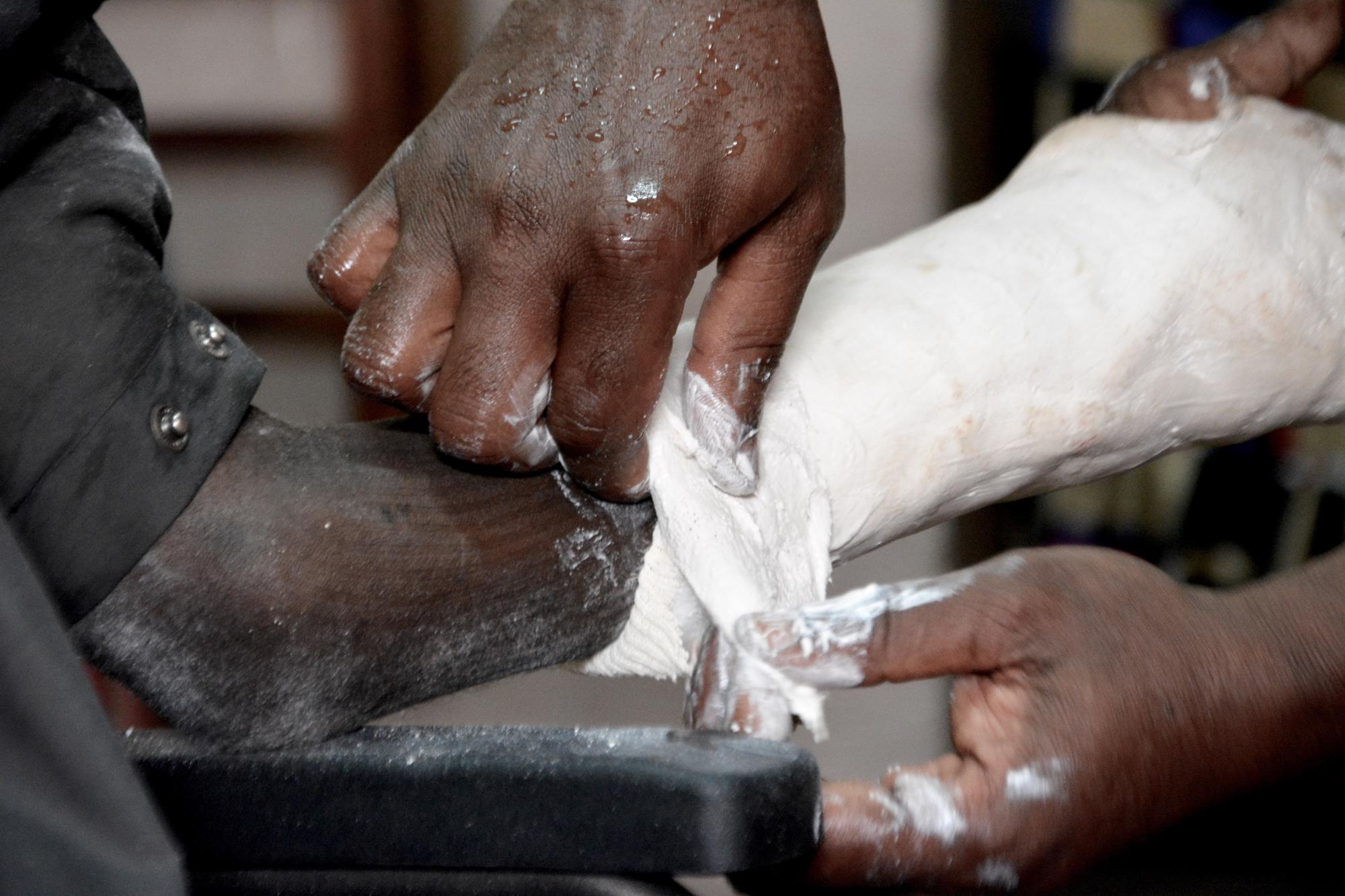 Throughout physio sessions, close links are forged between patients and staff.

For many patients, this helps lead to the acceptance of their new physical condition – a vital moment in their recovery, achieved through physiotherapy.

Composed of five members, the MSF physiotherapy team perform an average of 150 consultations per week with patients inside the hospital and monitor over 100 more through outpatient services. 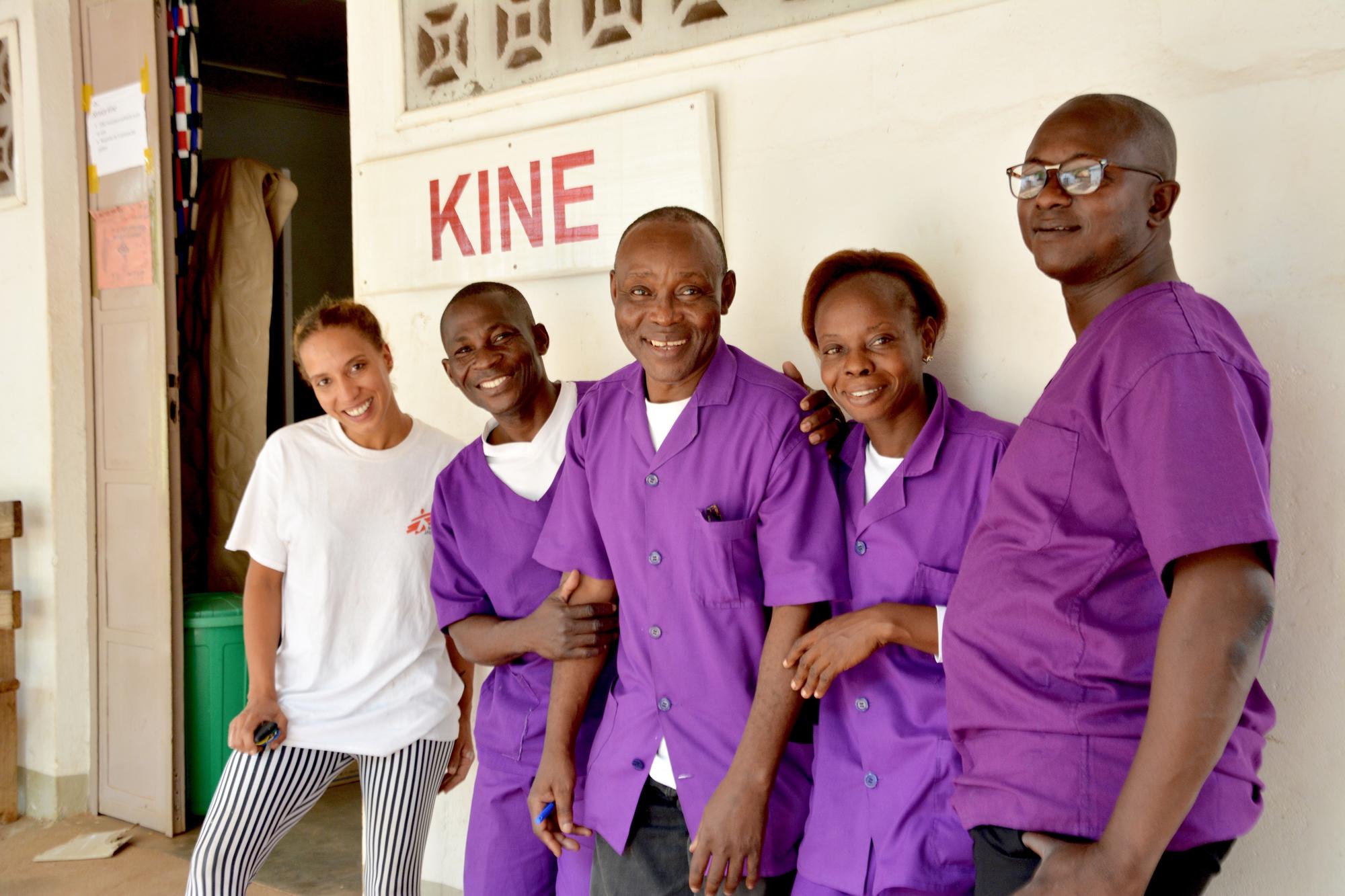 Over 10 percent of those treated in the Bangui hospital have been referred from provinces elsewhere in the country.

However, due to the lack of specialised care outside the capital, ensuring the continuity of rehabilitation can be difficult once patients are discharged. 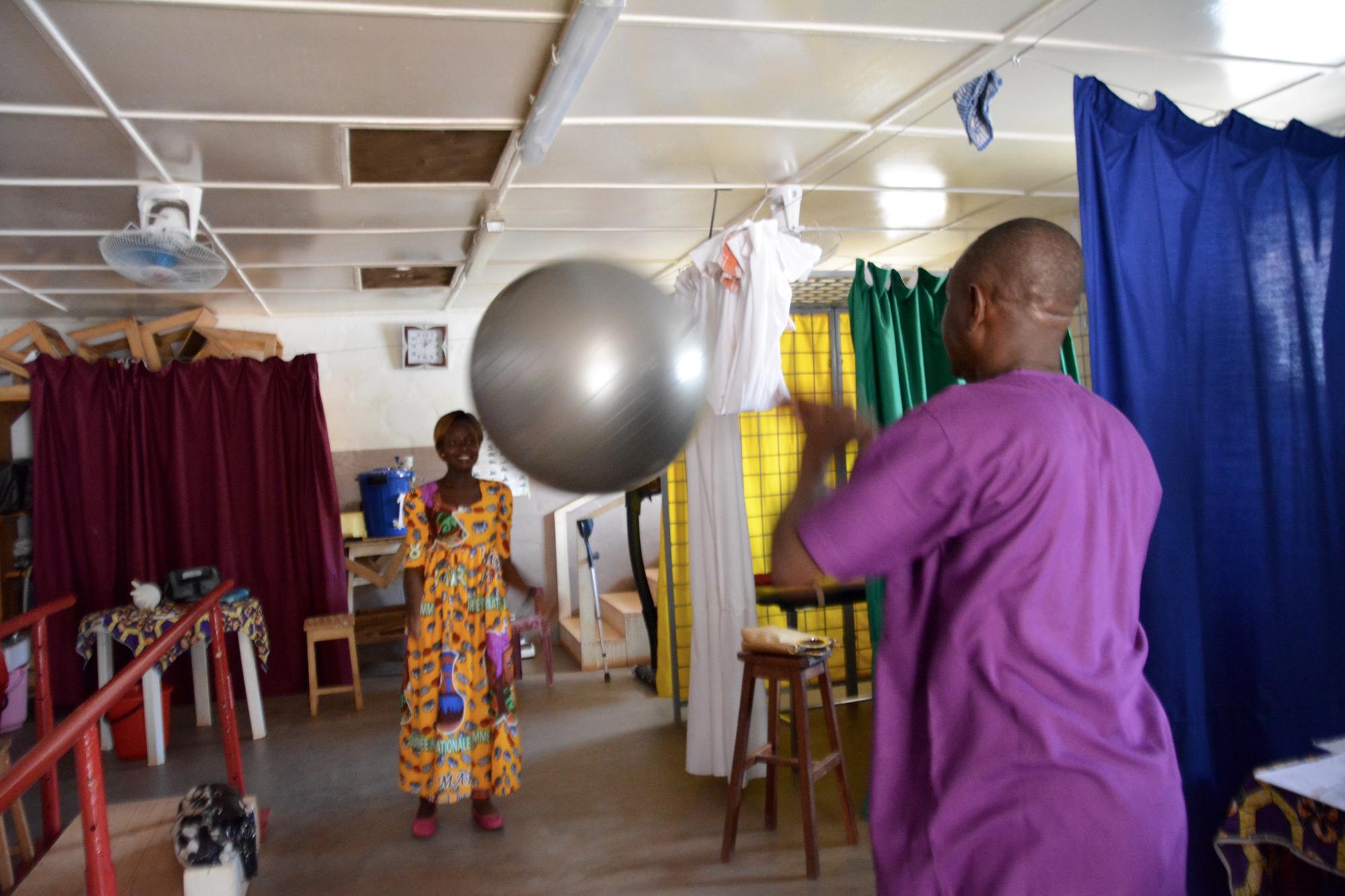 For this reason, the MSF physiotherapists work to make sure that patients learn simple exercises that can be reproduced at home, so they can get back on track as quickly as possible.

Looking towards the future 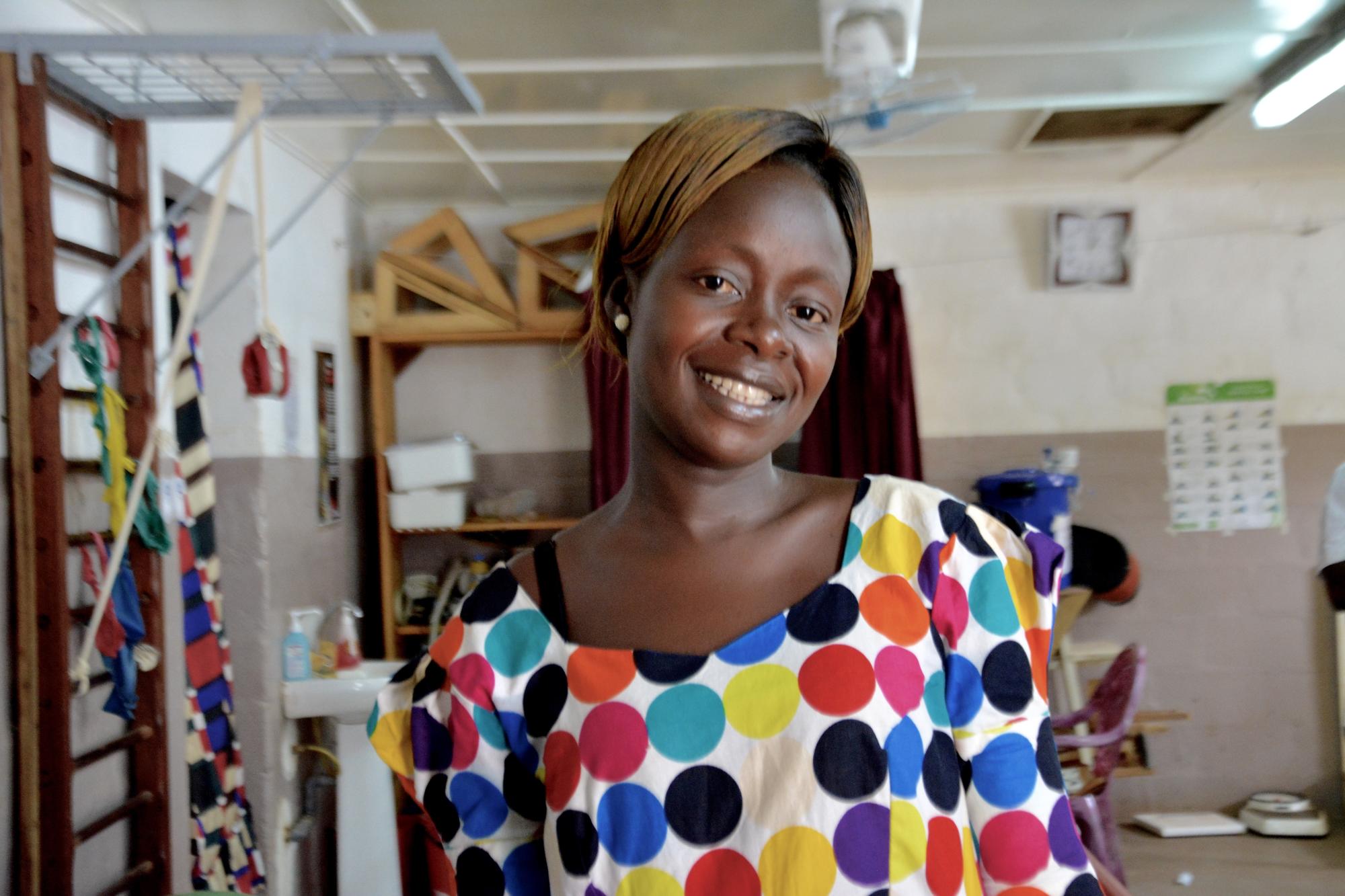 Caption
After a motorbike accident in April 2017, Stephanie had to have her left leg amputated. She recently received her final prosthesis.
© Elise Mertens/MSF

Fractures due to road accidents are often so complex that they require external fixation with metal frames. For some patients, their injuries may be so severe that they will need to go through an amputation.

However, the MSF team works to ensure that patients are prepared for a future with their new condition.

In the Central African Republic, MSF is currently able to provide prosthetics for lower limbs and is working on adapting to fit upper limbs by 2019. 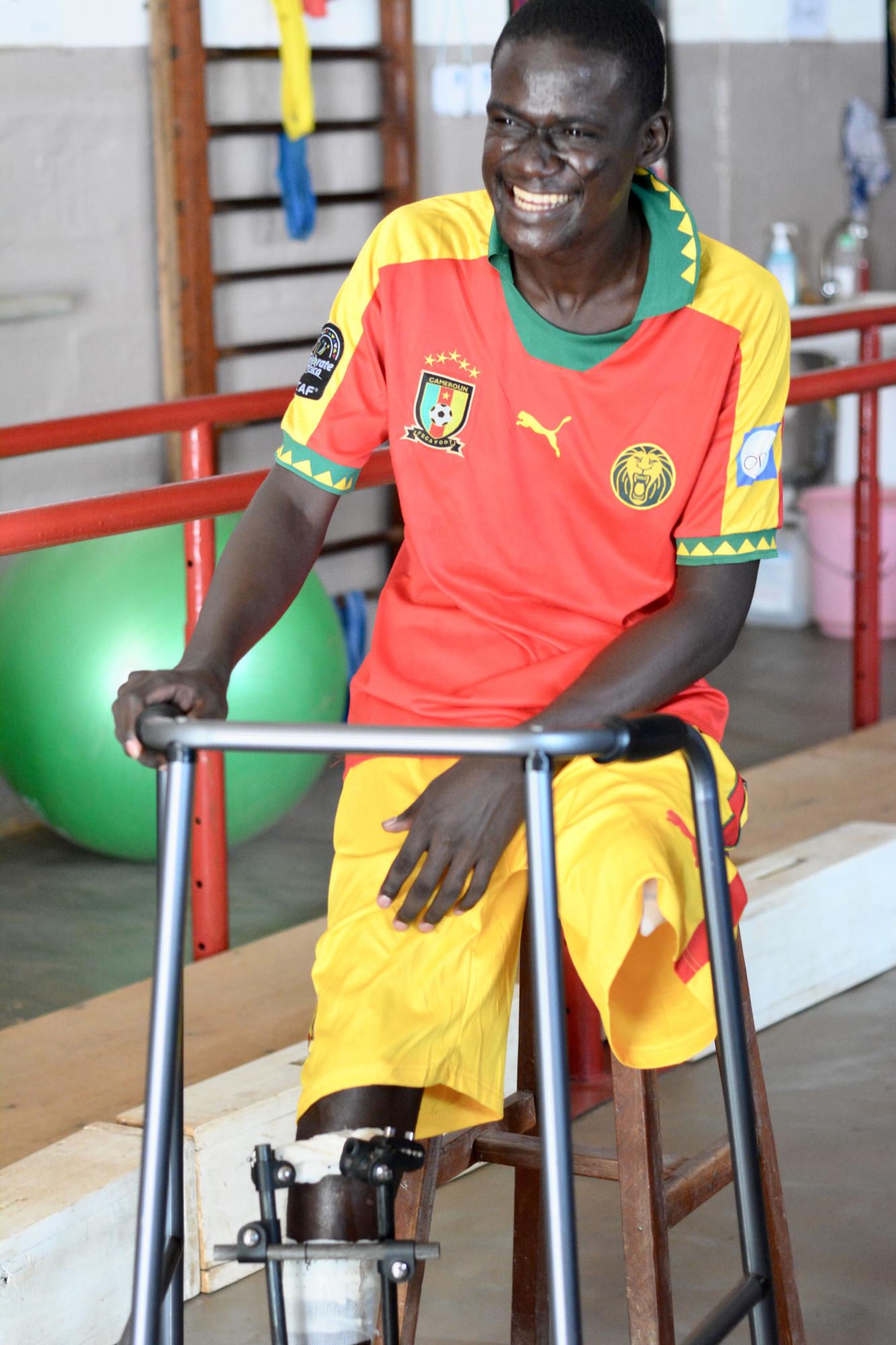 Caption
Zakaria, 25, was injured by a grenade in April 2018. He suffered open fractures to both legs and later had his left leg amputated.
© Elise Mertens/MSF

In the first six months of 2018 alone, the team at the SICA Hospital treated 738 new patients and provided more than 6,500 sessions.

MSF in the Central African Republic

Since gaining independence in 1960, the Central African Republic has been plagued by political instability and violence.

It remains one of the poorest countries in the world, despite considerable natural resources. Despite a peace deal signed in February 2019, extreme violence has continued in many regions of the country, exacerbating the already immense humanitarian needs.

Médecins Sans Frontières/Doctors Without Borders (MSF) first began work in Central African Republic in 1997. Our teams run projects for local and displaced communities in eight provinces and in the capital, Bangui, providing primary and emergency care, maternal and paediatric services, trauma surgery and treatment for malaria, HIV and tuberculosis.