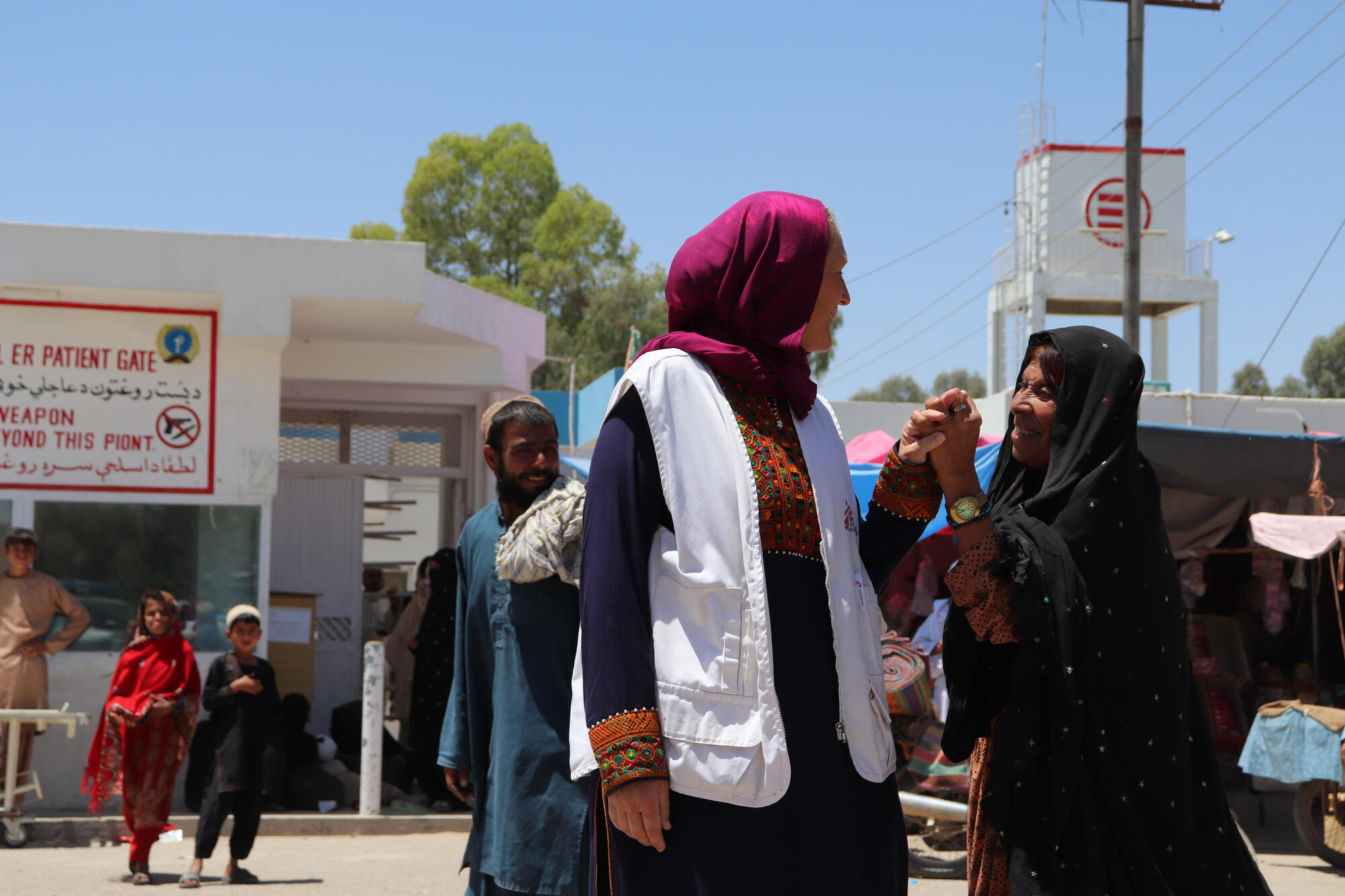 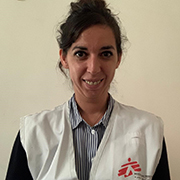 She has spent four years with MSF's emergency desk - known as the E-Team - helping respond to crises from conflict to the COVID-19 pandemic in countries including Haiti, the Central African Republic, Syria, the Democratic Republic of Congo and Italy.

On Sunday 11 October, heavy fighting erupted between the Taliban and Afghan forces in and around Lashkar Gah city in southern Afghanistan. So far, there are little signs of the violence stopping.

With the area’s main hospital overwhelmed by casualties in the first 24-hours, the MSF team at Boost hospital began treating an influx of war-wounded patients, including women and children injured while trying to flee.

Of the 52 war-wounded patients we received between 11 October and 14 October – all with stories as devastating as their injuries – two in particular asked me to share their stories.

Beyond the medical care they received, I feel an equal responsibility for ensuring their voices are heard.

I sat with Safia this morning.

Her strength and resilience were still present, but I knew that her aching and now hollow belly would be a life-long reminder of the baby shot dead in her womb… of her indescribable suffering for the loss of this child she wanted so much.

"Suddenly she felt a pain. A stray bullet had pierced both of them – mother and unborn child."

Safia was seven months pregnant and had experienced four years of anticipation of what would be her firstborn. She was so happy about her pregnancy, and since the moment she fell pregnant the entire family had carefully watched over her. Everyone was looking forward to the delivery.

It was so close now; so much so that they told me they felt they could lay out the little clothes for when the new arrival would be welcomed home.

On Sunday, Safia was chatting outside her house. The weather is changing in Afghanistan. It’s a little cooler and less comfortable to be outside, but on that day more than the weather was noticeably changing.

Since the previous day, the people in Safia’s village had heard the sounds of the fighting getting closer. And today maybe too close.

Suddenly she felt a pain. A stray bullet had pierced both of them – mother and unborn child. 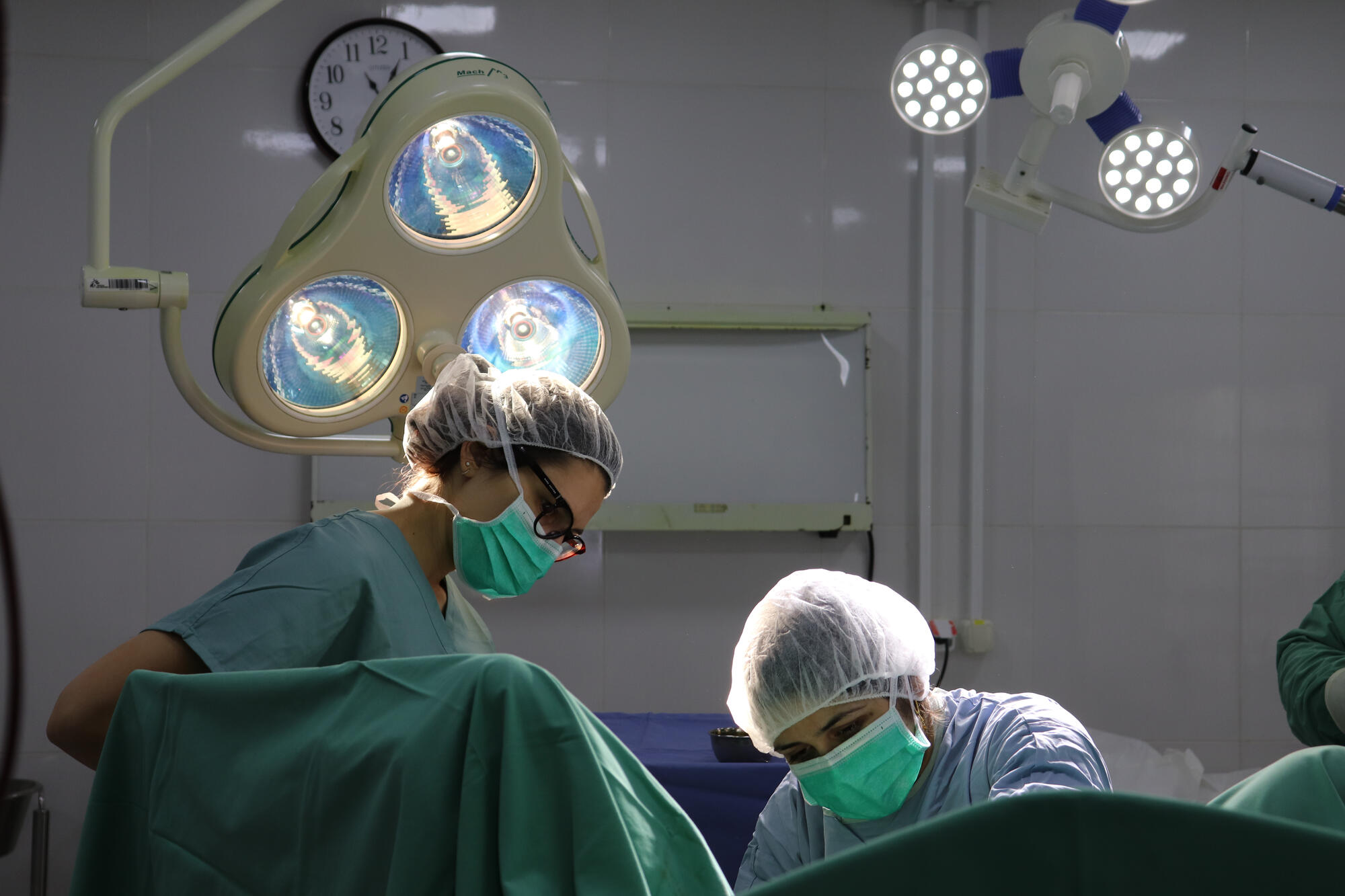 And so, their journey began. A rush to a hospital before it was too late. But rushing isn’t easy here around Lashkar Gah, and the family needed to take a different and longer route to the main trauma hospital because of the fighting.

After travelling for hours, Safia was then referred from this first healthcare centre they reached to come instead to the MSF-supported Boost provincial hospital.

And, it’s because of this that Safia and I crossed paths.

After a life-saving caesarean-section, she is now stable. But without her child.

On Monday, the family went back to their village to bury the baby, while Safia remained with us in intensive care.

OUTPATIENT CONSULTATIONS IN AFGHANISTAN IN 2019

BIRTHS ASSISTED BY MSF STAFF IN AFGHANISTAN IN 2018

MAJOR SURGICAL INTERVENTIONS IN AFGHANISTAN IN 2019

However, even as they gathered for the ceremony they had to flee from more shooting. They instead made their way back to the hospital to wait for Safia to be discharged.

Safia’s grief in the ward consumes me – in the womb, or in the grave, her child had no peace.

I also sat with another woman, Zina, this morning, in the female surgical ward.

Her breast was bandaged from where she was shot by a stray bullet that narrowly missed her eight-month-old baby. She was breastfeeding at the time.

While Zina sought care, she had to leave her baby at home with her eldest child who is still small. I think of this, left at home to care for a baby while your mother receives treatment for a gunshot wound.

Boost provincial hospital is one of the largest MSF-supported hospitals in the world.

In 2019, our team assisted over 17,400 births and performed more than 184,000 emergency room consultations. They also treated more than 87,000 children, including nearly 4,000 for severe acute malnutrition – a leading cause of child mortality on the province.

Our work in Afghanistan >